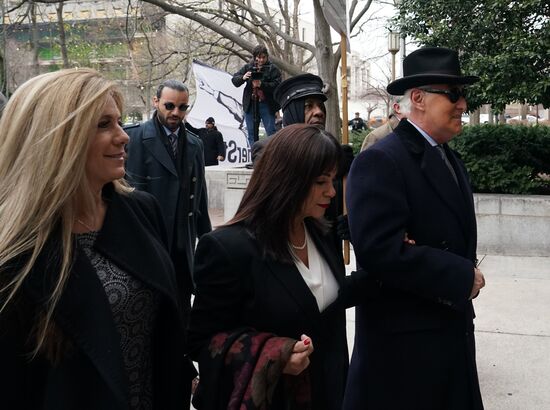 The Oath Keepers were founded by Stewart Rhodes in 2009 after President Obama’s inauguration, with calls by Rhodes for a new “civil war” to take place in our country. In recent years, with the rise of Donald Trump and the white supremacist foundation of the GOP becoming completely flagrant, the Oath Keepers have been able to reemerge from their doomsday-prepper caves in full jilted-bigot regalia. Being involved with the Oath Keepers is to be involved with a domestic terrorist organization, birthed out of racism against our country’s first, and so far only, Black president.

According to Gothamist, there are at least three New York public officials listed in the membership logs who claim they are no longer active members of the group. Their names were not published. However, the responses reporters got when they tried to contact various folks on the membership logs showed a real caginess that does not generally imply innocence. One of those matches was an active Staten Island officer who works in the Strategic Response Group—a group “deployed to quell protests, including those that erupted in New York City last year in response to the murder of George Floyd.”

When WNYC/Gothamist called the phone number associated with that membership entry, a man answered but did not confirm whether or not he was the officer in question. When asked if he was a member of the Oath Keepers, the man paused and asked how his number was obtained. He then declined to answer further questions.

Oswego County, NY’s 25th District Legislator Ralph Edward Stacy Jr., a Republican (gasp/eye roll), is also on the leaked membership list. He told Gothamist that it has been a very long time since he had filled out a membership for the never-not-racist-and-fascist organization, but that he hadn’t interacted with the group for over a decade.

“I do not condone what happened at the Capitol building and was not involved in what occurred,” said Stacy, who said he had never spoken to anyone involved with the organization and made clear he had not participated in the Capitol riot. “I certainly do believe in the right to peaceful assembly to protest one’s cause, but I do not believe in any sort of criminal trespass or criminal activity as a means to an end.”

In March, New York Daily News reported that active-duty officer Sal Greco, who was getting money from Trump surrogate and super-sketchy rich guy Roger Stone, was being investigated for his part as a possible under-the-table bodyguard for Stone. Stone used Oath Keepers as bodyguards during his time in D.C. around the Jan. 6 insurrection. The Daily News report connected Greco to the Oath Keepers circumstantially and through a strange Venmo account.

Former Republican candidate for New York’s 6th Congressional district, Thomas Zmich, told Gothamist/WNYC that, while he had been part of the New York chapter of the Oath Keepers, that was a suuuuuper long time ago. [Cough] Three years ago, the New York chapter closed, which is when Zmich says he stopped being in the organization. While in Trump years that may feel like a lifetime ago, in the objective reality the rest of us live in, three years ago is three years ago.

None of this is surprising to readers around these parts. One of the larger national groups of fascist-wannabe seditionists congregated at our country’s Capitol on January 6 of this year. Law enforcement officials who fought bravely to defend our democracy testified in open court as to the disappointment and dangers they saw that day—including some insurrectionist cops. As the weeks have passed, more and more evidence has shown that Oath Keepers, amongst others, were very much involved in a conspiracy that day.

In recent weeks, the FBI has made it clear that they are pursuing a “seditious conspiracy” investigation. Oath Keepers have cut plea deals and more than a dozen other Oath Keepers are looking down the barrel of whatever the snitches and prosecutors have on them. This investigation is directly connected to the Oath Keepers’ presence in Washington D.C. on Jan. 6.