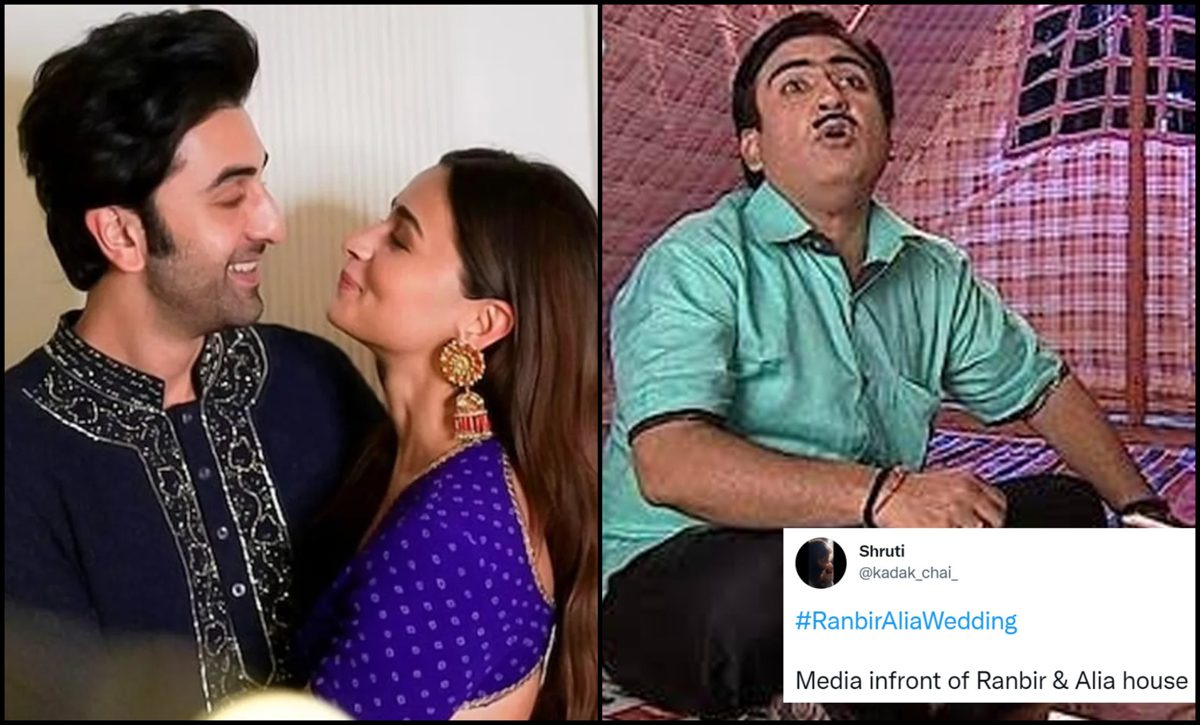 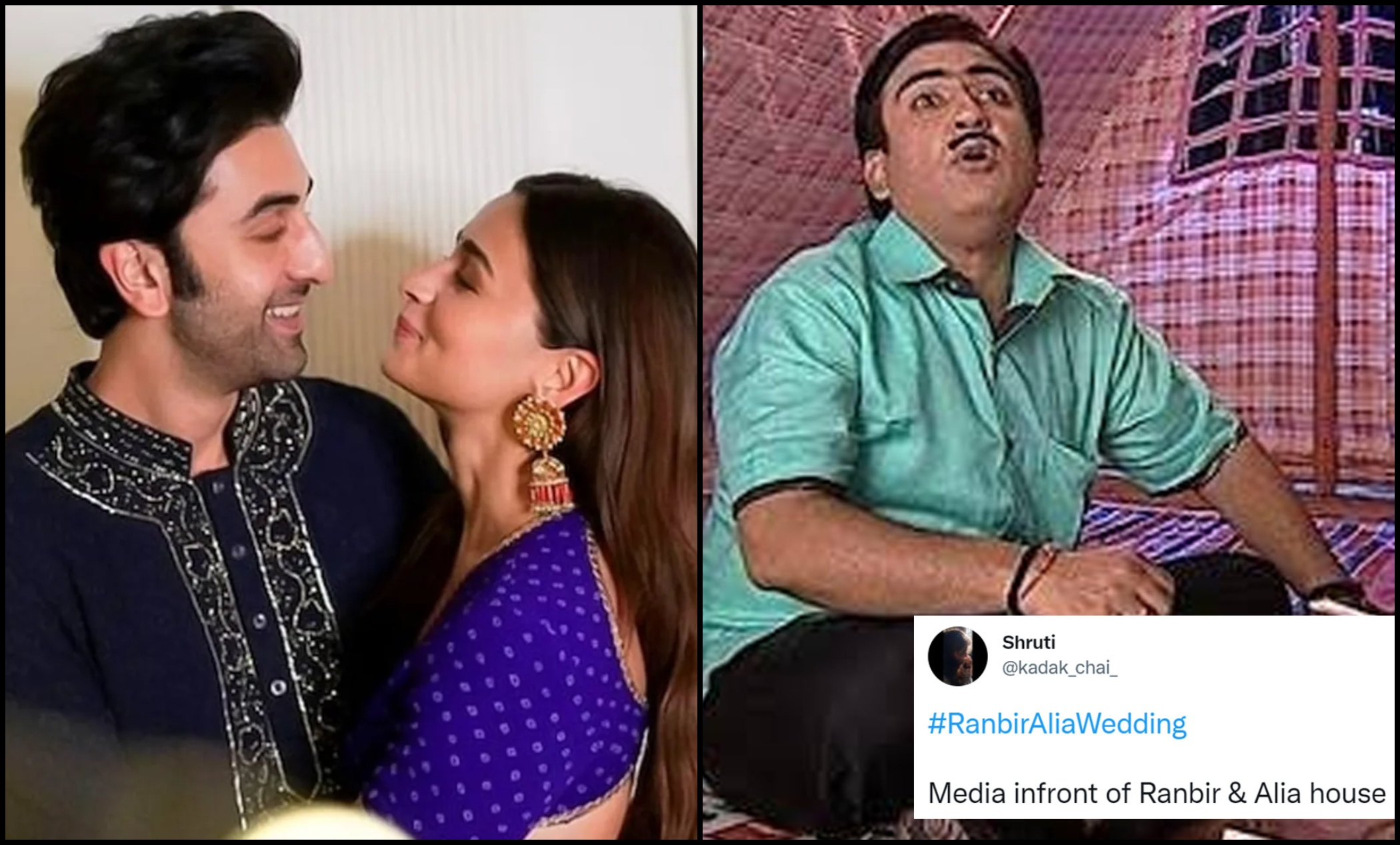 With Bollywood all geared up to witness the wedding of the decade, the internet is already flooded with several reports about Alia Bhatt and Ranbir Kapoor’s wedding. But what’s interesting is the fact that netizens have come up with an interesting way of coping with the excitement. Relatable memes featuring popular TV character Jethalal, Kangana Ranaut, Shehnaaz Gill, and other actors, have started making rounds on the internet.

Hailed as one of Bollywood’s most adorable couples, Alia and Ranbir, who have been dating since the past few years, are all set to take the next step. While their decision has left fans excited, things have been pretty difficult for the media to cover the wedding, thanks to the heavy security deployed outside the wedding venue, and their residences. And this situation has sparked a hilarious meme fest online.

Media people in front of Ranbir and Alia’s house for the next 10 days #RanbirAliaWedding #RanbirKapoor pic.twitter.com/Bo0nM3pYfm

Netizens have even come up with funny memes featuring the current state of heartbroken Alia and Ranbir fans:

Well, that’s not all as fan-made wedding photos of Ranbir and Alia have also been making rounds on various social platforms. Read more about it here:

Meanwhile, on the professional front, Alia and Ranbir are all set to team up on the silver screen for the first time in Ayan Mukerji’s ‘Brahmastra’. The film also stars Amitabh Bachchan, Mouni Roy and Nagarjuna in pivotal roles and is slated to release on September 9, 2022, after multiple delays.