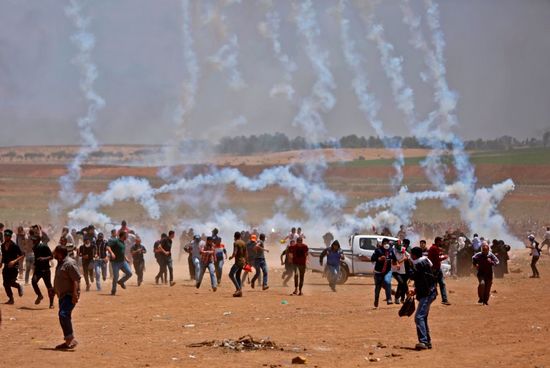 The Canary Mission first appeared in Apr. 2015 with an online profile for about 140 individuals, almost all undergraduate students in the United States. The profiles were filled with negative content, some downright defamatory, against students who backed the Boycott, Divestment, Sanctions (BDS) movement for Palestinian rights. Other profiles included students who were outspoken advocates for Palestinian human rights, or who openly criticized Israeli national policy in the occupied territories of the West Bank and the Golan Heights.

Although they like to create extensive profiles of their targets, you won’t find any list of people who work for the Canary Mission. Their organization’s leadership and membership are strictly anonymous. Canary Mission does not publish information about who runs or funds the website. Its website says it is a nonprofit, but no organization with the name Canary Mission is registered with the IRS. Though Canary Mission’s website does provide a way to donate to the organization via debit or credit card, there is no public record of sponsors or donors. Multiple pro-Israeli organizations and activists have denied being involved with the site, yet investigators have at least discovered who initially backed it.

An independent news website called The Grayzone obtained a document showing that the initial owner of the domain name was Howard David Sterling, a wealthy lawyer and investor.

A family spokesperson denied that Sterling was ever the owner, although the spokesperson could not explain why the website was registered under the name and address of Sterling.

The site disproportionately targets people of color and women. Despite repeated denunciations by university faculty, the Canary Mission continues to make false and misleading attacks. It smears individuals whose opinions it does not like by lobbing unsubstantiated accusations of antisemitism and support for terrorism. Interestingly enough, it leaves alone bigots like Utah tech executive David Bateman, who went on an antisemitic rant that COVID-19 was a Jewish plot. You also won’t find extremist politicians like Marjorie Taylor Greene on the site, even though she routinely uses antisemitism to motivate her base, whether comparing masks to the Holocaust or blaming wildfires on Jewish space lasers.

The number of people on the Canary Mission blacklist has steadily grown to nearly 2,000 individuals. Their site claims that “every individual and organization [in its database] has been carefully researched and sourced,” yet many of the profiles are filled with misrepresentations and errors. It accuses people of antisemitism, support for terrorism, and hatred of the United States for the most feeble of reasons. Besides employment denials and harassment, several of the people targeted on the site report receiving death threats.

Regarding Al-Khatib, to take one example, her blurb states, “Reem Al-Khatib has expressed support for terrorists and is an activist within BDS.” Naturally, I was curious to see what actions she took or statements she made in support of terrorism, so I visited her profile page. Under her “Support for Terrorists” section, there is a paragraph that begins as follows:

On May 14, 2017, Al-Khatib led other SAFE activists in a videotaped “#SaltWaterChallenge” to support Palestinian prisoners hunger-striking in Israeli jails.

The “Saltwater Challenge” was held in solidarity with Palestinian inmates hunger-striking in Israeli prisons.

The rest of the entry is about a Palestinian inmate on a hunger strike who was convicted of terrorist acts. The Canary Mission declared that Al-Khatib was a supporter of terrorism because she participated in the Saltwater Challenge, a viral meme challenge that was designed to draw attention to over 1,500 prisoners protesting Israeli prison conditions. That is seriously their entire argument as to why she supports terrorism: because she advocated for better prison conditions, she must be complicit in any crimes that one of the prisoners committed.

The fact is that Israel’s own Public Defense office in the Ministry of Justice has admitted widespread mistreatment of prisoners, including children. There are credible reports of torture and forced confessions with Palestinian detainees. Advocating for better treatment of their prisoners should never equate to support for terrorism, but the Canary Mission goes even further.

The site profiled an NYU freshman named Ari Kaplan and charged him with “demonizing Israel at a Jewish event.” Kaplan happens to be Jewish. His “crime” was openly criticizing Trump’s decision to move the U.S. embassy to Jerusalem at a Hillel dinner. He joined Palestinian criticism of the move as the Palestinians have as much valid claim to the city as Israel.

If criticizing Trump’s embassy move is equated with demonizing Israel, then Kaplan would be in good company: Only 16% of Jewish Americans supported the move. Calling out Jewish people for being anti-Jewish is about as ridiculous as accusing Americans of being anti-American, but the right-wing never makes sense in any nation we talk about.

A professor from UC Davis, David Biale, is on the blacklist for his support of BDS, which the Canary Mission incorrectly calls antisemitism. “Canary Mission is solely concerned with anti-Semitism,” an official from the organization said in an email to The California Aggie. “Boycotting Israel is anti-Semitic. BDS is anti-Semitic.” The official, ironically, wouldn’t give his name.

The Canary Mission site does have a section for pleading to get off the site, which requires you to contact them and explain why you should be allowed off. Unfortunately, it appears there are several who were taken down by recanting their activism. The Canary Mission’s practice of extorting apologies is little different than forced confessions of wrongdoing by authoritarian regimes. Most have chosen to not plead to get off the site, yet several have admitted it has caused them to curb their activism for Palestinians.

Many of the Palestinian students on the site have relatives in the West Bank. Israeli security services use the content from Canary Mission to screen the profiled individuals. Israeli border control officers have banned people with profiles from entering Israel and have reportedly used claims made on the website to justify decisions on deportation.

Others have been subject to harassment by U.S. authorities. One example is of Palestinian-American Ahmad Aburas, who was enrolled at Seton Hall Law School. The Canary Mission contacted school administrators to suggest that statements he made on social media expressed support for terrorism, and school officials contacted the FBI. Aburas was pulled out of class and interrogated by U.S. federal agents.

These attacks have been called “a new form of McCarthyism,” named after the 1950s Republican senator who launched a vociferous campaign against alleged communists in the U.S. government and other institutions. The simple act of accusation of communism led to many innocent Americans being blacklisted and losing their jobs. McCarthy’s true targets were left-leaning influencers, like prominent figures in the entertainment industry, academia, the legal profession and union leaders. In the 1950s, Republican congressional leaders had enough stature to be taken seriously, but that is no longer the case today—especially with the new class of buffoons like Georgia Rep. Marjorie Taylor Greene, Florida Rep. Matt Gaetz, and Texas Rep. Louie Gohmert.

However, with the power of the internet, some of their supporters have found a new way to target and harass liberal activism by ironically using the success our side has had with exposing bigotry in America. Whether it’s the Southern Poverty Law Center monitoring hate group activities, or individual citizens recording videos that showcase blatant bigots engaging in racist attacks, there is a market for exposing them and real consequences for the perpetrators. You can just ask racist New York attorney Aaron Schlossberg or bigoted South Carolina soldier Jonathan Pentland.

To be fair, the Canary Mission and other sites, such as CAMERA, StopAntiSemitism, and StandWithUs, do showcase or profile actual antisemites who are actually recorded doing and saying horrible things. However, each of those sites crosses the line by also equating support for boycotting Israel with antisemitism and encouraging online shaming just for criticizing Israeli policy.

Palestinian-American doctor Fidaa Wishah, for example, posted on Facebook support of Palestinians in Gaza, and that was cited as evidence of antisemitism by the StopAntiSemitism website. As a result, Wishah was fired from her job as a pediatric radiologist at Phoenix Children’s Hospital.

Unfortunately, the internet is already not a friendly place for Palestinian-Americans. They have been targeted on social media. Instagram and Facebook routinely flag Palestinian content as “sensitive” or remove it with no justification. When Israel conducted a raid on one of Islam’s holiest mosques, Palestinians used the hashtag #ALAqsa (or the Arabic #الاقصى or #الأقصى), to which Facebook and Instagram removed (and later restored) any post with that hashtag because they said it was affiliated with “dangerous organizations and individuals.”

It’s that kind of prejudice that has allowed the Canary Mission to thrive, which is more than a little ironic, since it cloaks itself as a site dedicated to fighting prejudice. There’s not much I can do for those individuals getting smeared on sites like this, but at the very least, I can try to get the word out that having your name on these kinds of sites might not indicate antisemitism. It might mean the person just wants a peaceful means to change policy to ensure marginalized people are treated a little more humanely. That is exactly the kind of person, by the way, that I would want to hire in the first place.