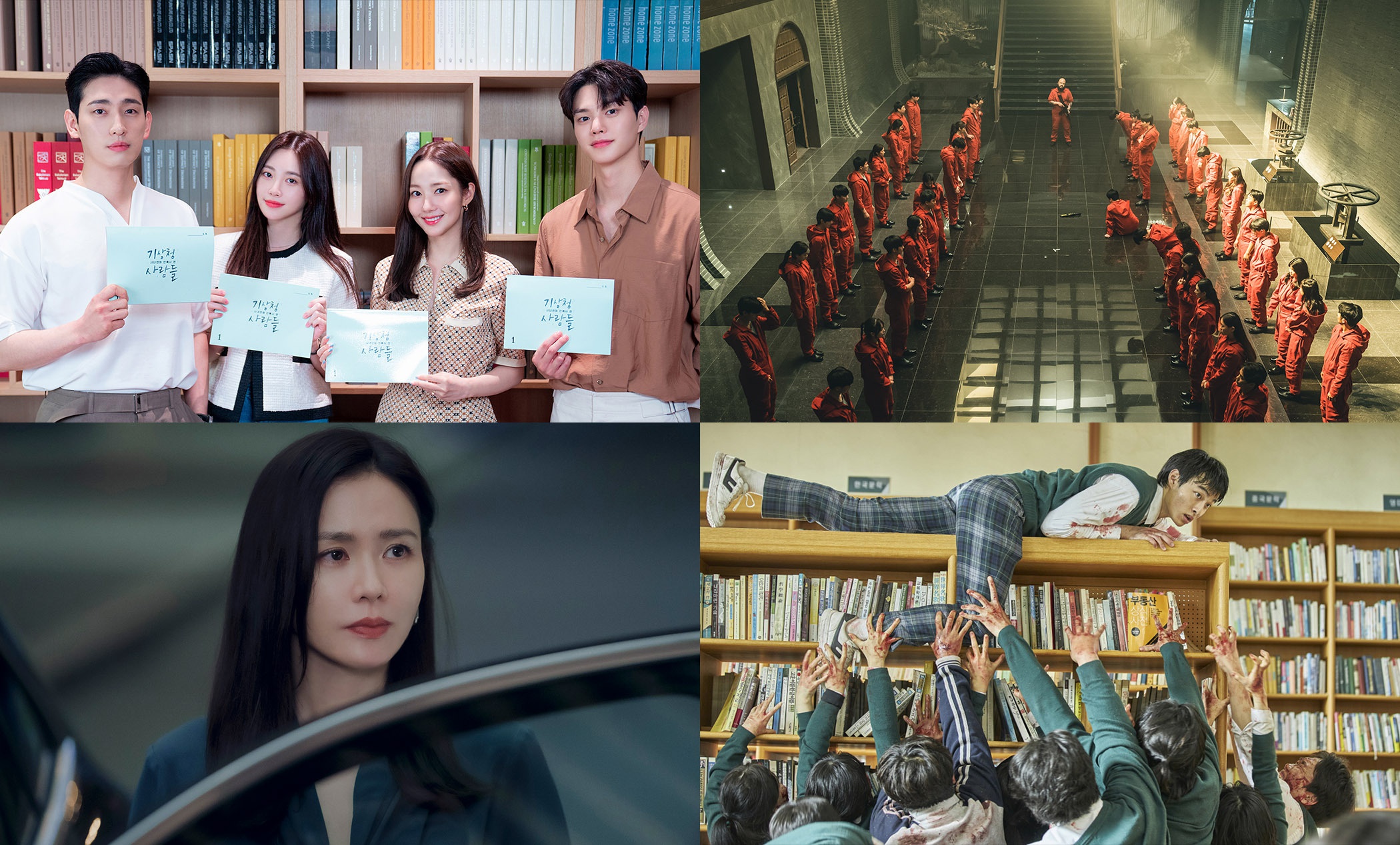 If there’s anything guaranteed in the already tumultuous year we’re having, it’s Netflix’s slate of K-drama titles. After the record-shattering success of shows like Squid Game and Hellbound, the streamer is adding to its stacked catalogue. Netflix has announced 25 new Korean titles including films and shows set to arrive in 2022. Among the upcoming series is the comeback show of Crash Landing on You star Son Ye-jin called Thirty Nine and the long-awaited return of Kim Woo-bin with Black Knight, an uncontrollably exciting piece of news. Not to forget the recently announced Money Heist adaptation titled Money Heist: Korea – Joint Economic Area starring Park Hae-soo. And that’s just a few of the shows.

Between Ji Chang-wook’s fantasy drama and zombie thriller, All of Us Are Dead, this is what the year in Korean entertainment looks like:

Here are the top unmissable shows from Netflix’s 2022 K-drama slate:

After the smashing success of Money Heist, one of the highest viewed shows on Netflix. Its Korean remake is poised to keep up the excitement around the Professor and his motley heist gang. The eight members include Squid Game star Park Hae-soo’s Berlin and Yoo Ji-tae as the Professor. With a crew full of ambitious thieves, they’re about to pull off the craziest heist in the Korean Peninsula.

Uncontrollably Fond star Kim Woo-bin is making his big K-drama comeback this year in a dystopian series set in a futuristic world where only one per cent of the human population has survived. The Netflix show is based on an award-winning webtoon of the same name that gained popularity for its unique concept. Kim Woo-bin plays a legendary delivery driver “5-8” while Kang You-Seok will play Sawol, a refugee boy and fan of driver “5-8” and E Som will play Seolah, a military officer.

Crash Landing on You Star Son Ye-jin is back in another romance drama with an intriguing plot. Thirty Nine follows three best friends – Cha Mi-jo (played by Son Ye-jin), Jeong Chan-young (played by Jeon Mi-do) and Jang Joo-hee (played by Kim Ji-hyun) brought together by fate in high school. They are all on separate career paths but as they’re about to turn 40, a cruel twist forces them to bid goodbye. The vague plot teases a heartbreaking story. And we have 12 episodes to find out what it’s about.

All of Us Are Dead

Nobody does the zombie genre with a side of social commentary like Korean creators. All of Us Are Dead directed by Lee JQ, Kim Nam-su is a story about students trapped in a school amidst a zombie virus outbreak. They must join hands if they want any shot at survival. promises a tonne of action expectedly gore-filled scenes, the show sounds like a bloody delight for fans of the genre.

Weightlifting Fairy Kim Bok-joo star Nam Joo-hyuk and The Handmaiden star Kim Tae-ri are set to join forces for a drama about first love, fate and friendship. Set between 1998 and 2021, the show through 16 episodes follows the journey of five young characters. Twenty Five, Twenty One sounds like a perfect slice of life, summer K-drama.

Starring What’s Wrong With Secretary Kim? actor Park Min-young in another workplace drama, Forecasting Love and Weather is a romance show revolving around people who work at the Korean Meteorological Administration. The office romance and messy breakups make it the most anticipated rom-com of 2022.

Other shows arriving on Netflix include Juvenile Justice, Tomorrow, Business Proposal, The Sound of Magic, Remarriage and Desires, A Model Family, Glitch, The Accidental Narco (working title), The Fabulous, Love to Hate You, Somebody. Films include Love and Leashes, Yaksha: Ruthless Operations, Carter, Seoul Vibe, 20th Century Girl and JUNG_E.