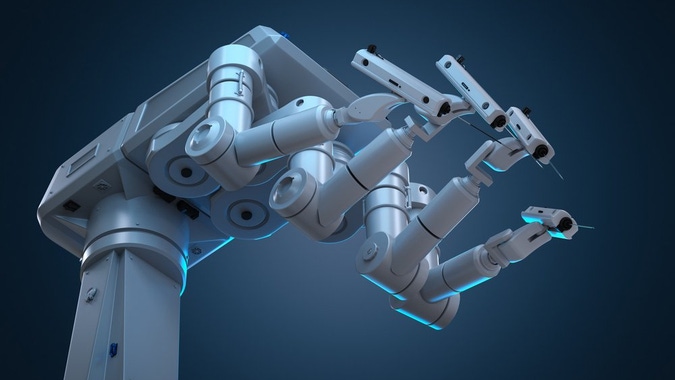 Robotic medical equipment maker Intuitive Surgical (NASDAQ: ISRG) is correcting below its September 8 high of $1087.01. So far, it’s holding well above the structure low of $797.71 from its most recent base, which formed between April and June.

The stock is also finding support above a July 19 session low of $926.48, when shares pulled back to their 21-day moving average.

Intuitive Surgical was a leading growth stock in the early 2000s, when its da Vinci surgical system was first catching on among doctors and hospitals. It’s not always the case that a stock has a long lifespan as a fast grower, and even this stock went nowhere for nearly four years, from mid-2012 through mid-2016.

With the number of da Vinci systems in use worldwide topping 6,000, the equipment is growing in acceptance among medical professionals.

Sales numbers bear that out. Revenue accelerated in the past two quarters, after a slowdown in 2020, when elective surgical procedures were put on hold.

In the most recent quarter, sales came in at $1.464 billion, a 72% increase over the year-earlier quarter. The three-year annualized revenue growth rate is 11.57%.

Earnings also accelerated in the past two quarters, from 3% to 253%. Earnings per share came in at $3.92 in the most recent quarter.

Other three year metrics include:

One reason this company is returning to prominence as a top growth stock: Revenue is growing at a faster clip than before the pandemic. One important element of Intuitive Surgical’s business model is the sale of accessories. Not only does the company sell the basic machinery, but also software and various attachments.

When the company reported its second-quarter in July, it revealed several promising developments.

Of course, no successful company lives in a vacuum without competition. While Intuitive Surgical was the first mover in its corner of the medical device industry, other companies developing robotic surgical gear include Johnson & Johnson, Siemens, Stryker, Medtronic and Zimmer Biomet.

According to MarketBeat data, analysts have a “hold” rating on the stock, with a price target of $983.67, representing a 2.56% downside.

Given the fact that the stock is already consolidating, that’s not a bad estimate at all. So far, the stock’s current consolidation has corrected 10%, not at all unusual for a growth stock pullback. Relative to the broader market pullback, Intuitive Surgical is holding up better, which is what you want to see on a watch list stock.

At this juncture, you’re still looking for the stock to surpass the previous high of $1087.01, ideally in heavier-than-normal volume.