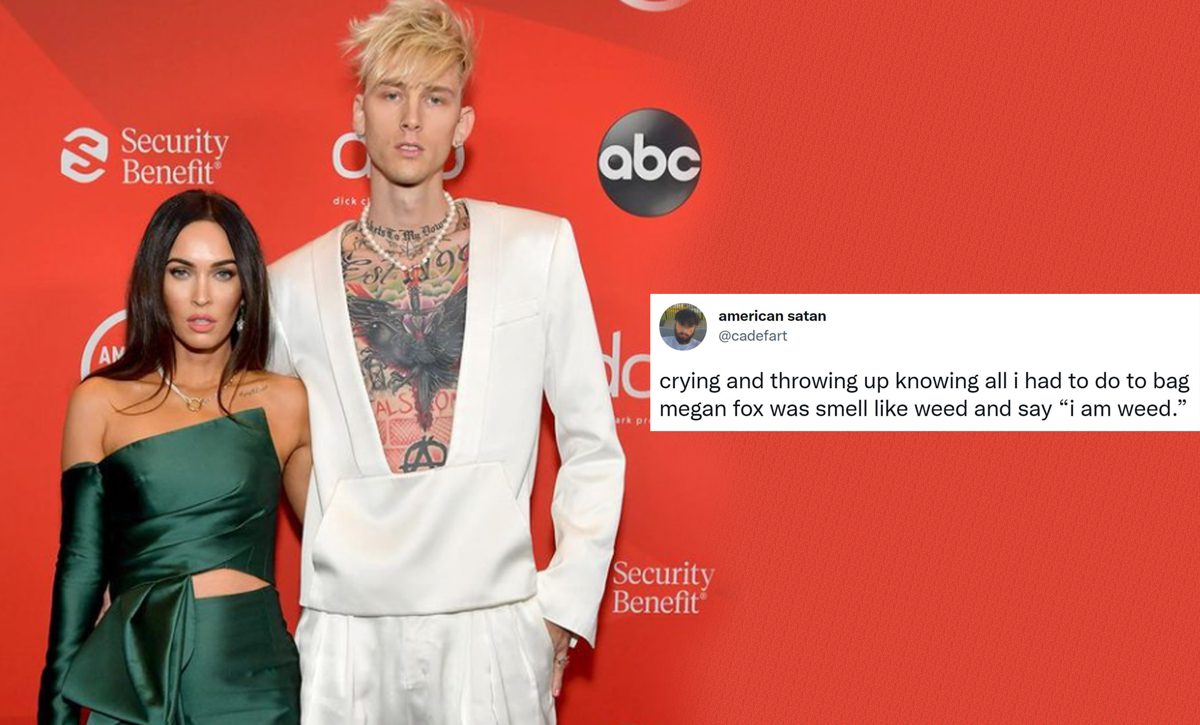 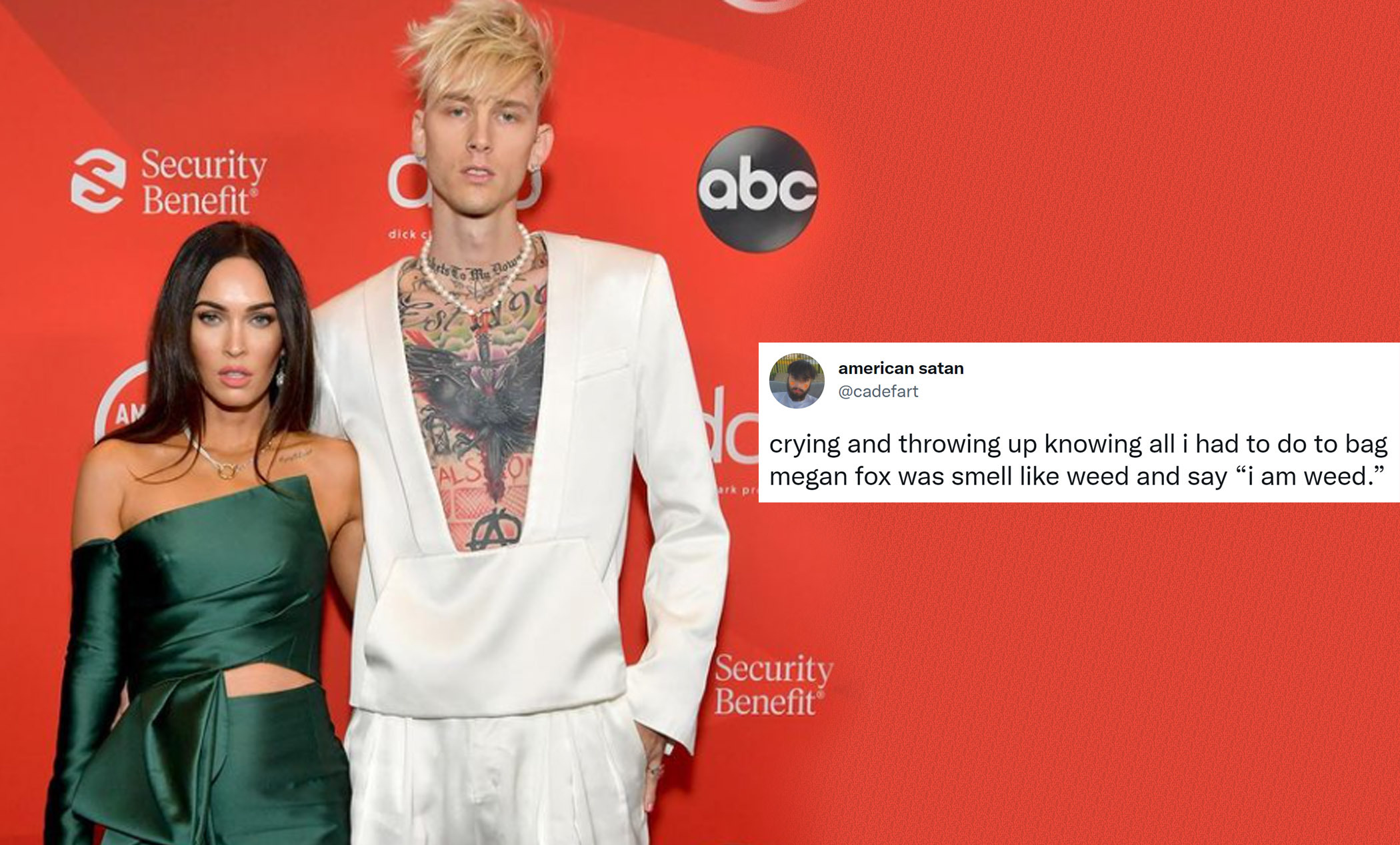 With reports of unlikely couples like Angelina Jolie-The Weeknd, Chris Evans-Selena Gomez and other making rounds on the internet, lovebirds Megan Fox and Machine Gun Kelly have set the internet ablaze with their latest magazine cover shoot. While the lovebirds set the mercury levels rising with their PDA, it was their recent one-on-one conversation where they took the couple’s quiz that has become the talk of the town. And with both acing the quiz with pretty good scores, MGK and Megan revealed a lot of details about their relationship, each other’s likes/dislikes, first date to tattoos and favourite shows. But what grabbed everyone’s attention and soon turned into a viral meme was MGK’s ‘I Am Weed’ dialogue as he spoke about meeting Megan for the first time.

Walking down the memory lane, Megan shared deets about their first meeting and said, “I just remember this tall, blond, ghostly creature, and as I looked up, I was like ‘You smell like weed’ and then he looked down at me and said, ‘I am weed’.” While the couple’s sizzling chemistry is too cute to miss, the dialogue instantly turned into fodder for meme-makers. And within no time, Fox’s ‘blonde angel baby’ was trending on social media, with several hilarious memes going viral.

Throwing another hat in to the mgk I am weed discourse pic.twitter.com/AbMS3J0Cc3

my contribution to the MGK and Megan Fox shit pic.twitter.com/DfXcneGM2A

The two shared a couple of bizarre anecdotes as they answered each other’s questions while talking about their relationship. Meanwhile, Megan and MGK, who started dating soon after meeting on the sets of Midnight in the Switchgrass in March 2020, have never shied away from flaunting their love.

MGK (31) and Fox (35) made a joint appearance at the 2021 MTV Video Music Awards in New York City, where they were joined by another celebrity couple: Kourtney Kardashian and Travis Barker.