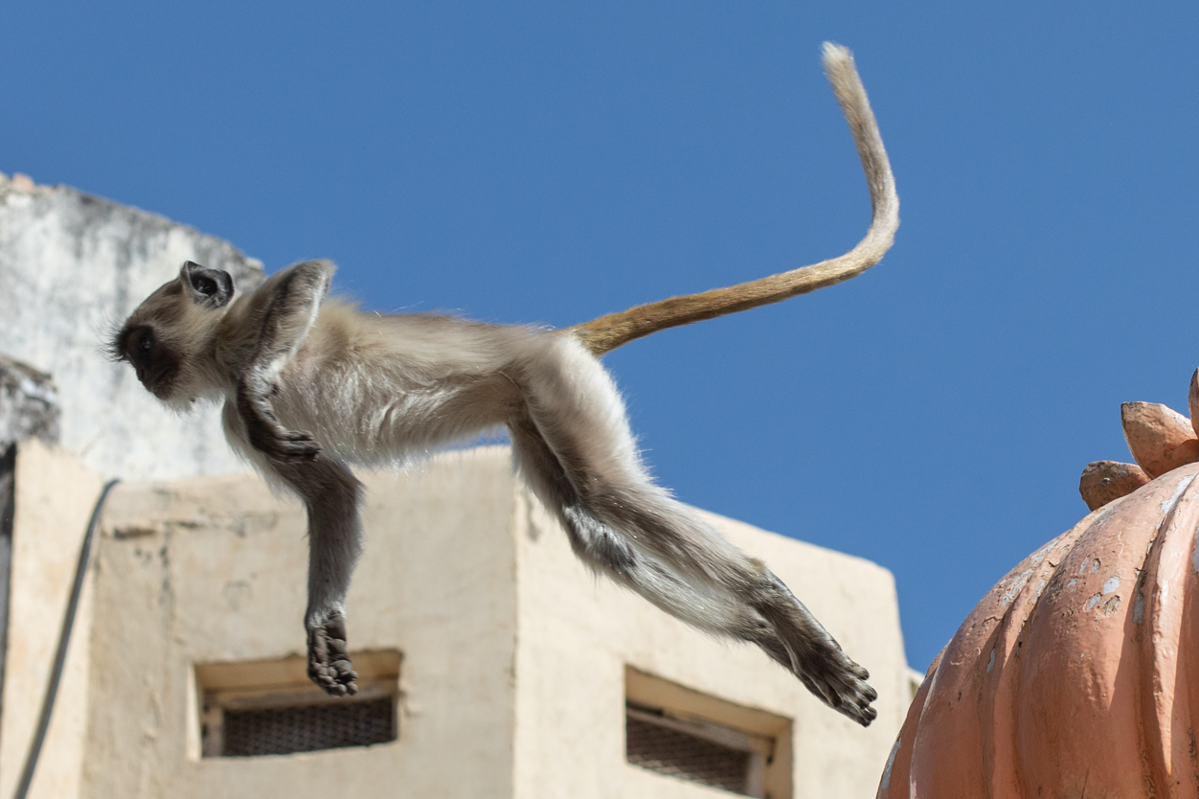 Some 25 million years ago, a small, chance mutation dramatically altered the course of primate history. And it’s a major reason you don’t have a long muscular appendage protruding from your lower back.

In fascinating new research recently published online, researchers identified an ancient change to a primate gene that ultimately led to the loss of tails in apes like gorillas, chimpanzees, and humans. Most monkeys, with their impressive serpentine tails, don’t have this mutation.

“There’s compelling evidence that a single change enabled this,” said Itai Yanai, the director of the Institute for Computational Medicine at New York University and an author of the research.

The discovery, of course, also helps appease a popular childhood question (and, perhaps, a continuing quandary for many inquisitive adults). “It’s a question that’s been in my head since I was a little kid: Why don’t I have a tail?” said Bo Xia, the Ph.D. candidate at NYU Grossman School of Medicine who actually made the discovery. (Xia injured his tailbone a couple of years ago, which renewed his interest in his long-lost tail.)

The mutation didn’t happen in a conspicuous place in the primate genome. “This was a small thing that was unique to tailless apes,” explained Hopi Hoekstra, a professor of zoology at Harvard University who studies genetic changes and adaptations in vertebrates. Hoekstra had no role in the research

By comparing the genomes of tailed primates versus those without tails, Xia spotted that humans and apes (but not monkeys) had a unique stretch of DNA inserted into the TBXT gene, which carries genetic instructions for tail formation. “It’s the beautiful simplicity of comparing genomes of primates with tails and tailless primates” said Hoekstra. “They found a mutation that knocks out part of this gene that produced this trait of interest.”

A type of gene called a “jumping gene” — that can jump around and insert itself randomly into other places in the genome — inserted itself, forming this mutation, the authors explained. Ultimately, this insertion resulted in a new pattern of expression of the TBXT gene that coded for no tail, or a smaller tail.

To bolster their findings, Xia and his team experimented on laboratory mice (which share many, but not nearly all, genes in common with humans). They genetically engineered mice so the animals would have the same TBXT gene expression pattern as people. This resulted in many mice with no tails, short tails, or kinked tails. In contrast, mice that weren’t genetically altered had normal tails.

In sum, this adds up to strong evidence that this single gene mutation played a significant role in the loss of tails in primates. (Though other genes likely play somewhat of a role, too, noted Xia, as the mice had differing tail lengths). “The authors provide a compelling list of evidence that they found the mechanism by which primates lost tails,” said Charles Fenster, a biologist at South Dakota State University who researches evolution. Fenster had no involvement with the research.

And once this mutation started circulating in a primate population, evolution did its work: Millions of years later, our tails are almost completely gone, save the tailbone.

This new research confidently answers the question of how we lost our tails. It was likely a small, but potent, genetic mutation. But a question that’s still not fully answered is why the resulting physical change (loss of tails) took hold. In other words, why in apes and humans was it evolutionarily advantageous to lose our tails?

“This is always a hard question,” said Hoekstra. It inherently involves some speculation, which goes outside the main scope of this research. But there are some intriguing ideas.

Fundamentally, losing a tail must have been a good thing for many primate populations. Advantageous mutations spread. “Those mutations that are benign will spread. And those deleterious mutations will be purged from the population,” explained Fenster.

“It’s always a matter of cost-benefit.”

In the case of shortened or tailless primates, the benefits of losing the tale ultimately outweighed the costs. “It’s always a matter of cost-benefit,” noted Hoekstra. Yet, some harmful costs — though vastly outweighed by benefits — may still linger in people today. For example, some of the genetically mutated mice in the new research had neural tube defects, which are defects of the spinal cord. Today, one out of 1,000 newborn babies has a similar defect. “Maybe we still have this remnant of a problem,” said NYU’s Yanai. “In other words, by losing tails we paid the cost of a defect in one out of 1,000 births.”

But what are the big benefits of losing a tail? Here are some ideas.

Although the first evidence of bipedal primates is from some 4.4 million years ago, earlier primates may have started spending more time out of the trees and on the ground — perhaps for better foraging opportunities. A population of primates who had this tail mutation, resulting in a better anatomical ability to stand more upright and forage on the surface, may have been more successful than their tailed counterparts.

As the tailless primates succeeded, the genetic mutation would have become more common. In this case, the tail mutation could have acted as a “predaptation” in primates that were spending more time on the ground, said Jef Boeke, also a study coauthor and the director of the Institute for Systems Genetics at NYU Langone Medical Center. “It preadapts you to do bigger and better things,” Boeke explained. “This enables us to walk more readily on two feet.”

For many populations of primates, losing a tail may have simply been a better life option, noted Hoekstra. A tail can be costly to produce (more calories needed to support a major appendage); a tail can be injured; or “it’s another appendage for a predator to grab you by,” she said.

Ultimately, losing a tail turned out to be excellent for our hugely successful, though imperfect species. Our tailless bipedalism allowed us to travel long distances and become experts in foraging and hunting. We could feed our bigger, energy-demanding brains. We developed intricate language. We would one day address scourges and plagues with vaccines and antibiotics; venture into outer space; create wondrous music.

Still today, we continue to discover, and even better reveal the secrets of how we became such a smart, capable species. In an age of computer-dominated research, the genetic researcher Xia — rather than specially programmed, advanced software — identified a momentous genetic mutation through human ability and curiosity.

“He just looked at the genome,” said Yanai. “That’s a testament to the enduring power of human-generated discoveries.”