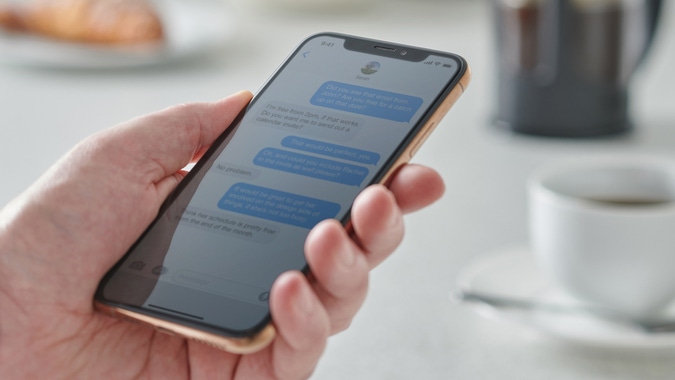 On Saturday, Hiroshi Lockheimer, senior vice president of Android, Chrome, Chrome OS, Play and Photos at Google, responded to a Wall Street Journal article detailing Apple’s iMessage “lock-in” strategy. In his tweet, Lockheimer accused Apple of being “disingenuous” and said that the company uses “peer pressure and bullying” to sell its products.

Apple’s iMessage lock-in is a documented strategy. Using peer pressure and bullying as a way to sell products is disingenuous for a company that has humanity and equity as a core part of its marketing. The standards exist today to fix this. https://t.co/MiQqMUOrgn

iMessage should not benefit from bullying. Texting should bring us together, and the solution exists. Let’s fix this as one industry. https://t.co/18k8RNGQw4

The referenced WSJ article centers around the way iMessage pressures users to switch to iPhone by excluding non-iPhone users from certain features, like the appearance of a blue text bubble. One interviewee recounts the pressure, saying she was asked “Who’s green?” when she switched to Android, referring to the green text bubble that Android users have when messaging iPhone users.

Documents revealing Apple’s strategy were made available in a courtroom argument between the company and gamemaker Epic Games Inc., which claimed Apple had a monopoly over the distribution of apps on the iPhone. Within the uncovered emails several executives debated whether to allow iMessage to become available to Android users, but they ultimately decided against it.

“In the absence of a strategy to become the primary messaging service for [the] bulk of cell phone users, I am concerned the iMessage on Android would simply serve to remove [an] obstacle to iPhone families giving their kids Android phones,” Craig Federighi, Apple’s chief software executive, said in a 2013 email.

Its efforts appear to be working. According to a survey cited by the article, 40% of U.S. consumers use iPhones, but among those aged 18 to 24, more than 70% are iPhone users.