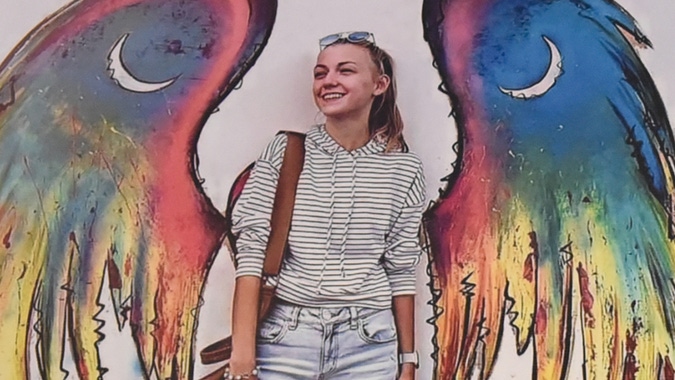 An autopsy report confirmed on Tuesday that 22-year-old Gabby Petito died of strangulation.

Her cause of death had previously been declared a homicide but no further details were given at the time on account of waiting for the full coroner’s report nearly a month ago.

The latest development was announced Tuesday afternoon by Dr. Brent Blue, Coroner for Teton County, Wyoming where Petito’s body had been found after she had gone missing during a cross country road trip with her then-finance Brian Laundrie.

Laundrie himself has been missing for nearly a month and is currently wanted as a person of interest in Petito’s death and is also facing an arrest warrant for debit card fraud.

“We look at all possibilities when we try to determine cause of death,” Blue said in a news conference. “Our determination was that the body was in the wilderness for 3-4 weeks.”

In the state of Wyoming, autopsy reports are not public knowledge, and therefore further details on Petito’s death and strangulation cannot be released.

The Laundrie family’s attorney, Steven Bertolino, made a statement regarding Tuesday’s news.

“Gabby Petito’s death at such a young age is a tragedy. While Brian Laundrie is currently charged with the unauthorized use of a debit card belonging to Gabby, Brian is only considered a person of interest in relation to Gabby Petito’s demise,” he said. “At this time Brian is still missing and when he is located we will address the fraud charge pending against him.”

Petito’s death certificate has not yet been completed at this time.

This is a developing story.