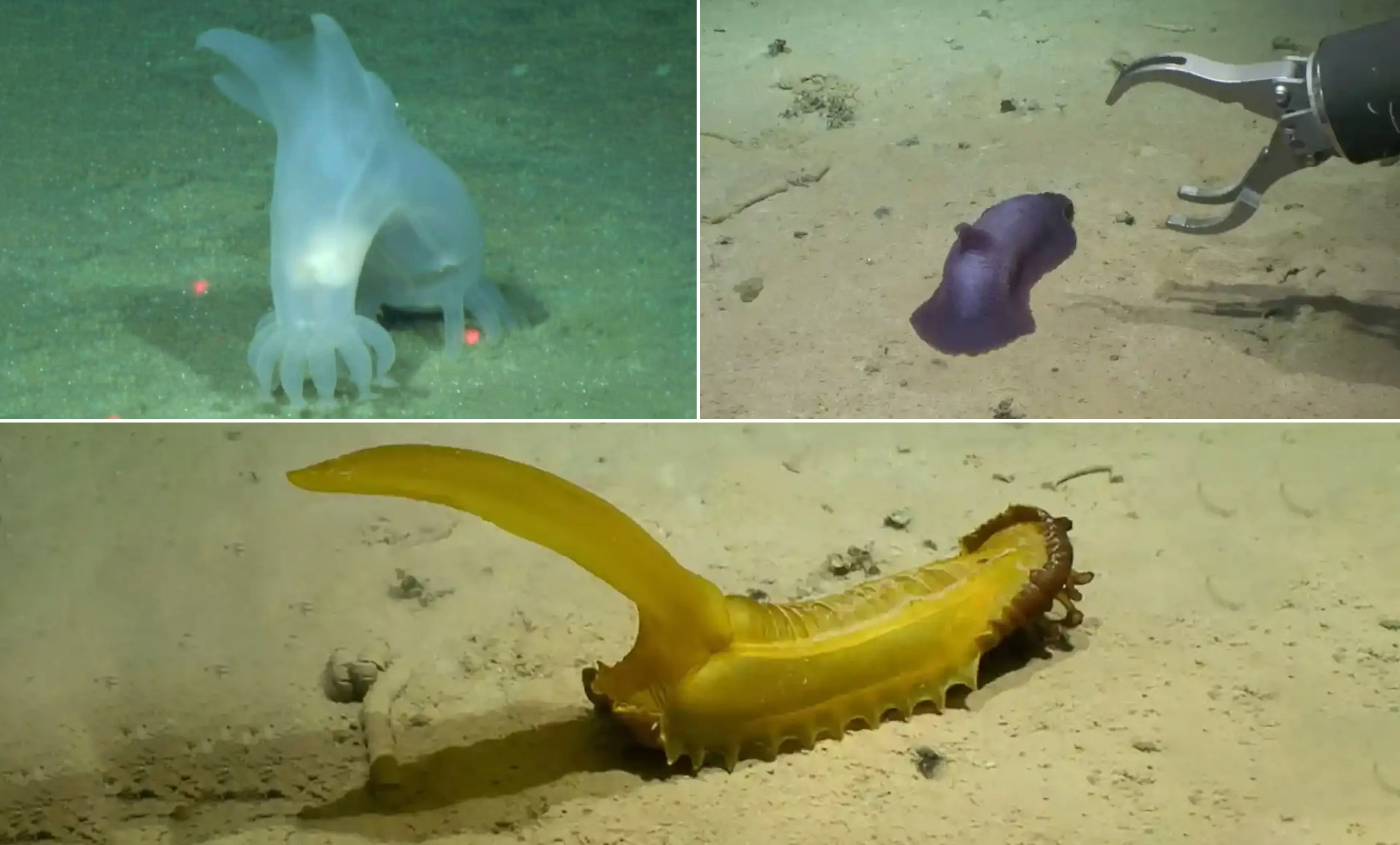 Oceans are as strange as objects in space; we recently discovered a lake inside the ocean that kills everything, and now scientists have discovered 30 previously unknown deep-sea organisms in the Pacific Ocean.

weird looking banana you’ve got there

Larger animals in the abyss have a high species variety, according to the study, which was published in the journal Zookeys. 48 of the 55 retrieved specimens belonged to different species.

As people are becoming more interested in mining for minerals from the seabed and it indicates that this activity may disrupt a range of creatures, the discovery may have substantial implications for deep-sea mining.

“Due to the number of potentially new species that may have been discovered, as well as the fact that these megafauna species were previously only known via photographs taken from the seabed, this research is essential. We cannot correctly identify the creatures or comprehend how many different species there are without the specimens and the DNA information they contain” Lead Author, Dr Guadalupe Bribiesca-Contreras told The Guardian.

SEE ALSO: Is That A Werewolf? Texas Zoo Spots ‘Mysterious Image’ Of An Undiscovered Creature

Oceans are a mystery, and if we can look further down, we anticipate seeing more discoveries similar to this.