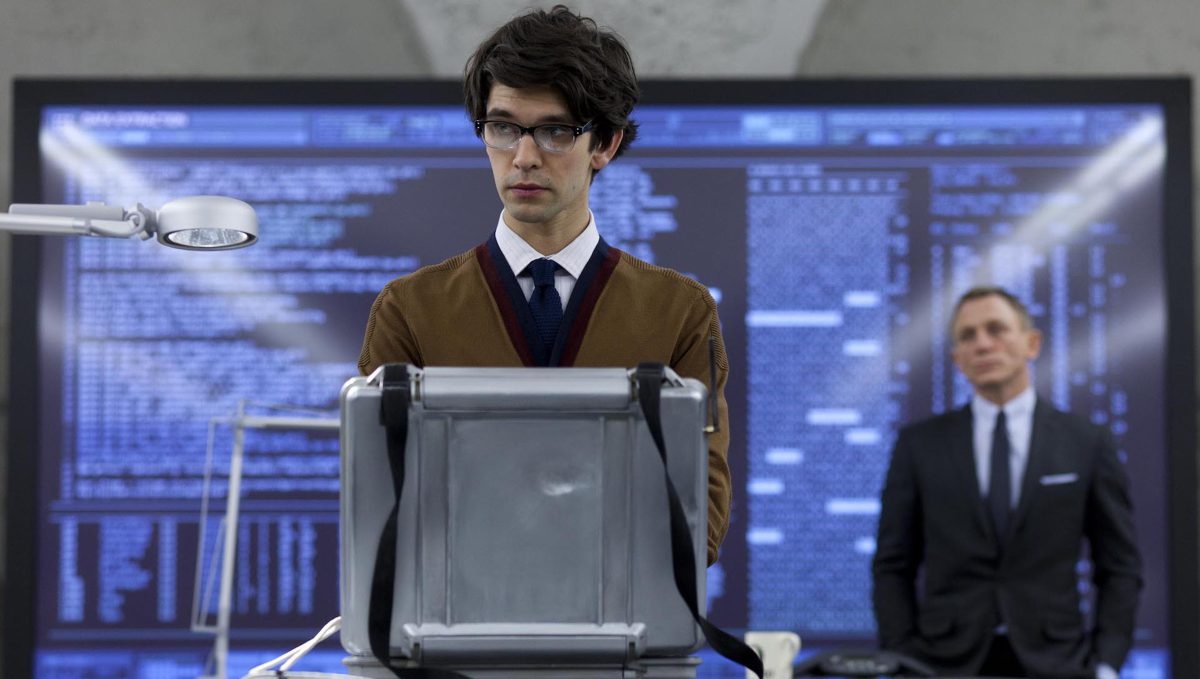 Folks, it’s finally here. But wait, who is that again?

After over a year’s worth of delays due to the ongoing pandemic, No Time To Die is about to land in cinemas. It’s been six years since the last James Bond film, Spectre, was released in 2015, so it’s been quite a while between missions.

But there’ll also be a bunch of familiar faces returning for the the 25th film in the Bond franchise, including, of course, Daniel Craig in his final ride as 007. Craig’s run has included some more heavily serialised plotlines and character arcs than the franchise has previously done (even though they’re many of the same characters from throughout the franchise), so it’s good to have a rough handle on Bond’s history with some of those faces.

Seeing as it’s been so many years since we’ve seen many of these characters, here’s a handy guide to those who return in No Time to Die, so you can be all “Ahhhh, them!” when they appear onscreen. Obviously, there will be spoilers for the previous Bond films, but not for No Time To Die.

Naomie Harris first starred as Eve Moneypenny in Skyfall, the first film in which M’s secretary Miss Moneypenny was given, you know, a first name or a solid backstory. Yes, it took 20 (twenty!) films before one of the longest serving characters in the franchise got a name.

In the Craig films, Moneypenny begins working as a field agent with Bond in Istanbul in the opening scenes of Skyfall. After dodging VW Beetles with her Land Rover Defender in a hectic chase, she accidentally shoots Bond in the shoulder on M’s order as he’s on top of a moving train wrestling with mercenary Patrice. Unfortunately, the bad guy gets away with a hard drive full of details on undercover NATO agents, which villain Raoul Silva (Javier Bardem) publishes on YouTube. Moneypenny’s temporarily suspended from field work — “something to do with killing 007” — though she works with Bond again in Macau before declining a return to the field after M’s death.

In Spectre, she’s secretary to the new M, Gareth Mallory (Ralph Fiennes) and a strong ally to Bond, at all hours and timezones.

Léa Seydoux first showed up as Dr. Madeleine Swann in Spectre in 2015, after Bond makes an appointment with her for a psychiatric evaluation. According to Bond’s research, Swann trained at Oxford and the Sorbonne, became a consultant, and spent two years with Médecins Sans Frontières. Bond finds her running a clinic at the top of a mountain in the Austrian Alps.

He received this tipoff from her father, Mr White (Jesper Christensen), who appeared in most of Craig’s films: Casino Royale, Quantum of Solace, and Spectre as a high-ranking member of SPECTRE and an organisation known as Quantum. (So they’re the ones who interrogated Vesper Lynd [Eva Green] in Casino Royale and she made a deal to spare Bond’s life for the suitcase of money Le Chiffre lost to Bond in the card game that came from LRA commander Steven Obanno [Isaach De Bankolé], all events which led to Vesper’s death. It’s a lot!)

Bond tracked White down to his cabin in Austria, where he was hiding out as a SPECTRE defector, and made a deal to protect Swann. Swann and Bond head to L’American (a hotel in Tangier, Morocco, which White and his ex-wife frequented). There, a mouse (!) somehow showed Bond a secret room where Swann’s parents kept their secret SPECTRE shit (including the location of Blofeld’s lair). Bond and Swann grew close, then had sex on a train in Morocco after being attacked by Hinx (Dave Bautista) and his SPECTRE crew. Ah!

Then, Swann and Bond met Blofeld at his desert lair, where he showed Swann a video of her father’s death by suicide, and revealed he came to White’s home once and met Swann when she was a kid. When Bond was being tortured, Swann said she loved Bond, which is a jump in their relationship, but she eventually leaves when they’re back in London, to escape the spy life. But she’s captured by Blofeld and rescued by Bond in the final showdown. They have a big cheesy smooch on the Westminster Bridge when everything’s over and drive off into the political heart of London at the end in an Aston Martin DB5.

Bond franchise legend Desmond Llewelyn’s long-running role as Q, quartermaster of gadgets at MI6, was inherited by John Cleese for Die Another Day (well, he was promoted from his assistant role in The World Is Not Enough), then Ben Whishaw in Skyfall — Q didn’t appear in Casino Royale or Quantum of Solace, and neither did many gadgets.

We first meet Whishaw’s Q in front of a Turner painting in London’s National Gallery, telling Bond, “I’ll hazard I can do more damage on my laptop sitting in my pyjamas before my first cup of Earl Grey than you can do in a year in the field.” Whishaw is the perfect modern version of Q, actively throwing the exploding pens of the Brosnan days in the bin for a more online approach — aside from the gadget-stocked Aston Martin DB10 in Spectre. Whishaw maintains the character’s classic long-suffering frustration at Bond’s reliance on firearms and disregard for keeping expensive equipment intact, all the while sipping from his Scrabble mug.

Q fuses some nifty science with his gadgetry in Spectre, including his “smart blood” nanotechnology which allows him to track Bond’s movements. And he’s a good ally, as he lied to M for Bond to disguise his whereabouts when tracking Blofeld in Austria, even meeting him at Dr. Swann’s clinic to help with Bond’s investigation, and helping Bond eventually stop Blofeld.

Felix Leiter has been a longtime ally of Bond’s, first appearing all the way back in the first Bond film in 1962, Dr. No, helping out Sean Connery (he’s played by Jack Lord in the most incredible sunglasses). Leiter is a CIA agent who always gets Bond out of trouble, with the pair often trading intelligence. Jeffrey Wright took on the role for Casino Royale in 2006, first meeting Bond at the pivotal baccarat game with Le Chiffre (Mads Mikkelsen).

Leiter turns up in Quantum of Solace working with the CIA’s South American head Gregg Beam (David Harbour! Forgot he was in a Bond film!), and striking a bad oil deal with bad guy Dominic Greene (Mathieu Amalric). Leiter was promoted to replace Beam at the end of this film.

Leiter isn’t in Spectre, but Bond calls him to help Lucia Sciarra to safety after she gives him information on SPECTRE, in which her husband was an assassin.

Bond’s historically cat-petting arch-nemesis Ernst Stavro Blofeld finally made an appearance in the Craig era in Spectre. Blofeld was Bond’s enemy mainly throughout the Sean Connery films, played by four different actors (notably including Donald Pleasence and Charles Gray) leading the organisation known as SPECTRE — Special Executive for Counter-intelligence, Terrorism, Revenge and Extortion. They’re the ones with the octopus rings. Blofeld’s very first appearance was in the second ever Bond movie, 1963’s From Russia with Love, but he wasn’t named, and he supposedly died in 1981’s For Your Eyes Only in a sequence that has Roger Moore’s Bond dropping a man who resembles Blofeld into a smokestack using a helicopter.

In the Craig era, Blofeld was revealed to be very much alive and in action, having been the puppetmaster behind the acts of Le Chiffre in Casino Royale, Dominic Greene in Quantum of Solace, and Raoul Silva in Skyfall. We first glimpse him at the funeral of Marco Sciarra, a SPECTRE assassin Bond kills in Mexico City, then Blofeld is revealed in a SPECTRE meeting in Rome.

In Blofeld’s desert lair, he revealed Blofeld is the alias for Franz Oberhauser, the son of Hannes Oberhauser — a man who became some kind of foster father to Bond, teaching him to ski and hunt as a child after losing his parents. Franz killed his father. “It was all me, James, it’s always been me, the author of all your pain,” he said, literally backing this up by torturing Bond.

After Bond and Swann blew up Blofeld’s lair (giving Blofeld the facial scar made iconic by Pleasence), the pair had a showdown in the old MI6 headquarters where Blofeld set up a creepy maze trap with…printouts? Of Le Chiffre et al? After a Thames chase, Bond shot down Blofeld’s helicopter, which crashed on Westminster Bridge, and the SPECTRE boss was captured by MI6.

Having taken on the role of M in the Brosnan era, delivering such memorable burns as calling 007 a “sexist, misogynist dinosaur,” Judi Dench’s version of the head of MI6 was, frankly, everything. She was tragically killed in the final showdown with Raoul Silva in Skyfall.

Ralph Fiennes entered the Bond films in Skyfall as Gareth Mallory, the new chairman of the Intelligence and Security Committee reporting to the prime minister. He basically fired M after the failed opening mission in Skyfall (she fired back with a superb “To hell with dignity. I’ll leave when the job’s done,” to Mallory’s face). Mallory made this moment up to M by taking a bullet from Silva for her in the hearing room.

After M’s death, Mallory was promoted to head of MI6. Fiennes brings a similar uptight bureaucratic energy to the role as Bernard Lee, who played M for most of the Bond films in the ’60s and ’70s. However, Mallory hasn’t just lived his career in an office — he was lieutenant colonel in Northern Ireland, Hereford Regiment, and spent three months in the custody of the IRA.

In Spectre, M put up with a bunch of crap then got replaced by the corrupt director-general of the Joint Security Service Max Denbigh (Andrew Scott), also known as C. He dissolved the 00 program and planned to install the Nine Eyes global intelligence committee that would have shared a whole lot of data from nine of the world’s intelligence agencies (MI6 included) with each other, but really, with SPECTRE — C turned out to be working for them, and M confronted him before he fell to his death.

Bill Tanner is back as MI6’s Chief of Staff, played by Rory Kinnear. He’s the guy that keeps the whole British espionage machine going, reporting directly to M, briefing agents, running field ops, and generally keeping track of Bond and his activities. Tanner appears in several Bond films before Craig’s time, starting with The Man with the Golden Gun in 1974, but it wasn’t until Quantum of Solace that we’d see Kinnear in the role. He got the new MI6 set up after the terrorist attack on headquarters in Skyfall, and shielded M from Silva’s attacks in the hearing room. In Spectre, he’s still running the new HQ, and helps Bond bring down Blofeld with M, Moneypenny, and Q.

Alright, you’re on your own now. No Time to Die is showing in cinemas from Sept. 30 in the UK and Oct. 8 everywhere else.