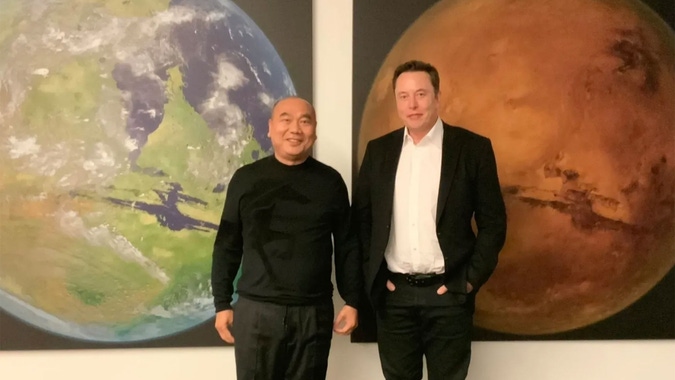 Koguan Leo , has proclaimed himself a fan of businessman Elon Musk , something that does not surprise many, however, the relevant thing is that he had kept a relatively low profile … until now.

Leo, has managed to accumulate 4.6 billion dollars , which would equal 6.2 million shares of the automotive company, this makes him the third largest shareholder of Tesla, after Elon Musk and Larry Ellison.

Who is Koguan Leo?

The millionaire has stayed out of the public eye. Even a Google search would only reveal that he graduated from Columbia University and New York Law School, and that he founded SHI International Corp in 1989, a large IT company, which has more than 20,000 clients, including Boeing and AT&T .

Recently, his name also came up after the purchase of James Dyson’s penthouse , famous for vacuum cleaners in Singapore, for 54 million dollars.

The billionaire, listed on Forbes at 1,444th place at $ 2.1 billion, has become very active on Twitter, describing himself as an “Elon fan.” But, in addition to admiring Musk, in his account he claimed to be the third largest shareholder of Tesla.

@bradsferguson , Please ask @MartinViecha , head of Investor Relation of Tesla, if I am Prof. Leo KoGuan and the 3rd largest individual shareholder of Tesla who owns more Tesla shares than that of ARK Invest and Baron Capital. Moreover, I challenge you to falsify KQID time engine. https://t.co/PMLwwohEmE

However, according to the Electrek portal, no public registry could verify the data, but Koguan affirmed that it is because he has investments in different accounts, he even summoned the head of Tesla’s investor relations, Martin Viecha, who effectively confirmed what was said. .

The mogul went so far in his comments that he maintained that he “will rise and fall with Tesla.” In addition, he added that he is raising capital to buy another million shares of the company in early 2022.