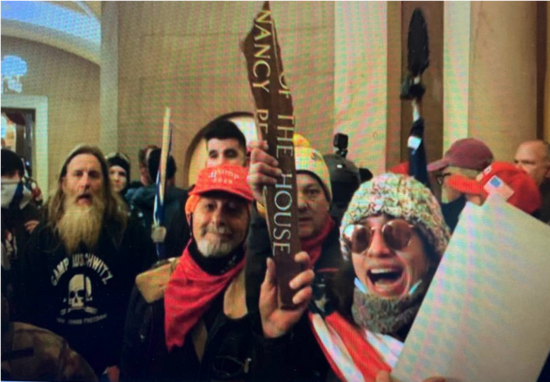 The woman who died was Victoria Wilson, a 32-year-old from St. Clair, Missouri, and her husband was seriously injured. According the the St. Louis Post-Dispatch, Wilson was the mother of 15-year-old and 10-year-old boys. Vickie, as her family called her, was a home health care aide who “worked primarily with disabled people, including children.”

She and her husband were coming back from a dinner to celebrate their 15th wedding anniversary a few days early, since Victoria worked on weekends.

Hernandez’s lawyer, Ethan Corlija, who had described his client during a press conference last year as “the girl next door” who was in “an unfortunate situation and it’s one she didn’t want to put herself in,” had less to say about his client today.

“My heart goes out to the other motorist who lost their life and their family,” Corlija told the press on Thursday. He said the “tragic event” was “not intentional.” Hernandez’s lawyer also said that the his client was set to plead guilty to a single Capitol riot charge at a court hearing on Monday. Corlija told The Kansas City Star that this plan isn’t set in stone, of course. “But this is kind of a moment-by-moment situation. Her attorney in D.C. and I have been in communication all morning and the plan is to proceed forward on Monday. Of course, that could change, and a lot of it has to do with the condition Emily will be in. If her medical condition is compromised, then we won’t be able to proceed.”

Hernandez was originally busted for her part in the Capitol insurrection after social media images she and others posted showed her holding up a piece of a sign that was broken off from Speaker Nancy Pelosi’s office. Real classy stuff.

Cpl. Dallas Thompson of the Missouri Highway Patrol told reporters that there is no mugshot for Hernandez because she was hospitalized after the wreck. She is expected to make a full recovery.