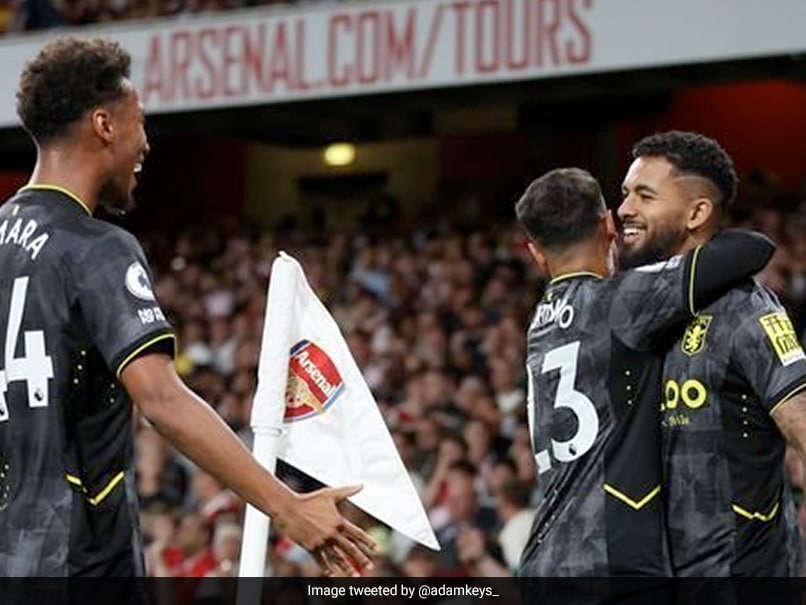 Aston Villa’s Brazilian star Douglas Luiz on Thursday scored a brilliant goal against Arsenal within minutes of coming on as a substitute. With his team a goal down, Luiz was sent on by manager Steven Gerrard in the 73rd minute. His first touch was a corner kick that was headed back out for another corner by Gunners midfielder Granit Xhaka. Luiz lined up the corner again and then, went for the spectacular. The Brazilian curled the ball in beautifully and managed to beat Arsenal goalkeeper Aaron Ramsdale for a spectacular equaliser.

Douglas Luiz had just to GET OVER IT pic.twitter.com/wD5hgOXyv6

Arsenal complained for a foul on Ramsdale, but the goal was given after a VAR check.

This is not a new feat for Luiz, however. He had scored in similar fashion last month against Bolton Wanderers in the Carabao Cup.

A video on his and Aston Villa’s Instagram accounts also shows him practicing scoring from a corner.

Aston Villa’s joy of having levelled the match, however, did not last long.

Gabriel Martinelli dribbled down Arsenal’s left wing before switching flanks and finding  Takehiro Tomiyasu, who slipped in Bukayo Saka on the right side of the penalty box.

Saka teased the defenders before chipping the ball across the goal and Martinelly, who had been brilliant all evening, got on the end of the cross and fired home a left-footed finish to put Arsenal back in the lead.

The Gunners, who had opened the scoring in the first half through Gabriel Jesus, held on to the 2-1 advantage to ensure five wins from as many matches this season in the Premier League.

Arsenal are currently on top of the table, two points clear of second placed Manchester City.

Aston Villa, meanwhile, have just one win from five matches and are currently second from bottom.