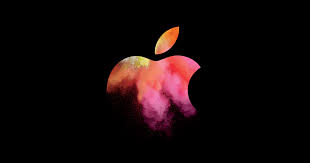 WWDC 2022 is just around the corner. I have always had a keen interest in these developer events hosted by Apple as it gives insight into the future of the tech to come from Apple. Moreover, it is fascinating to see people/developers flock to these events and also witness the kind of work that goes on behind the scenes when I touch an App icon on my phone or tab. Hence when Apple invited me to come to Banglore and visit their App Accelerator facility and meet some of the India Developers, I just could not say no to the opportunity. This article is an account of the time I spent meeting these talented developers and understanding their journey in Apple’s App Accelerator program.

Bijoy Thangaraj, CEO of JSplash Studios started as a professional music producer, pianist and guitarist, rightly identified that many artists would find it difficult to tune their instruments on the go. Even for beginners, there were very few tools to help ease this process. He immediately went to work and developed two Apps, the Tuner T1 and Rhythm Pad. The Tuner T1 helped tune multiple music instruments with the help of a single App and the Rhythm Pad offered a customisable Rythm Pad on a phone screen if necessary to add the necessary beats to your rhythm. Apple’s App accelerator program helped him understand the importance of App user interface and also with Apple’s AI engine, he was able to add many more new features to his app such as automatically recognising the instrument that the user needed to tune. His App has 12 Million+ downloads on the App store. His retention rate has also improved because of the program.

When Co-founder Abhniaya Chandrashekar first started with an Idea for Mystic Land, she had nothing more than a few slides of presentation to go with. A year and a half and Apple’s App Accelerator later, she now has a fully developed game for children between the age of 7 and 14 and about 70,000 app users per year. The game carries a very interactive story narrative with playable characters.

According to Abhinaya, the program helped him polish the UI/UX and introduce new features which were not prevalent in her App before being introduced in the program.

Apple’s App Accelerator program is not just about helping developers to reach more downloads or retain people. Apple has been helping developers like Krishna and Raksha ( husband-wife duo) to integrate the latest available hardware into their apps. After spending about 15 years in the US, the couple returned to India to start something on their own. They went on to co-develop the App Prayoga. The App uses 3D AR tech to display different Asanas and can be used on most Apple devices including Apple TV and Apple Watch. They have been associated with the Accelerator program since its conception and the App was a testimony to the refinement, modernity and usability that Apple’s Accelerator program had helped develop.

Chirag was making games for different platforms even before he was introduced to Apple’s App Accelerator platform. It was when his gaming studio Lucid Labs was showcasing games on social media that a representative of Apple reached out to him and asked him to be a part of the App Accelerator program. The program helped him optimise the Apps for IOS and create a very native feel to them. If you haven’t checked out the games Possessions on Apple Arcade, you must. It is worth a try.

Mustafa Yusuf built his first App when he was studying B Tech in Computer Sciences at VIT. He developed an App that would pull up the attendance record and score of each student and display it on their device. He was inspired to join the App Accelerator program when he first attended and met many like-minded developers at WWDC 2019.

His App, Tasks is a pumped-up version of the To-Do list. Available for both iPhones and iPad, the Task app lets you customise and re-arrange your task as per your preference or priority, change colour, assign reminders or alarms and even create repeating tasks. I have never seen more effective use of an If-Else statement.