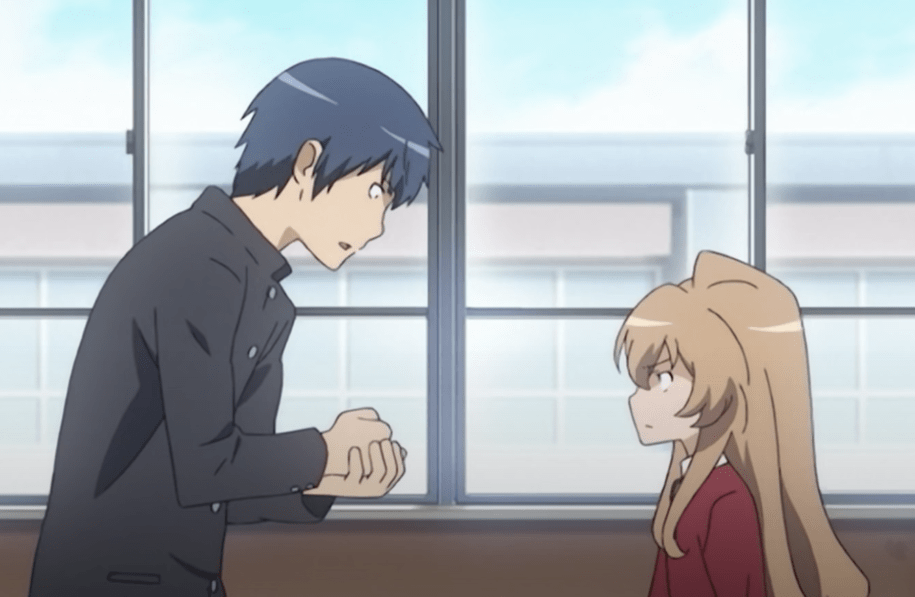 Welcome back to our impromptu and sporadically scheduled pandemic guide to anime. If you’ve missed any of our earlier entries, you can find them all here; for our introductory post you can go here.

We’re now easing into our spotlights on just one or two series at a time, but the rules haven’t changed. If we’re mentioning it, it’s because it’s good enough to be worth trying. That doesn’t mean everyone will like everything, but it’s a jumping-off point for the shows that have managed to distinguish themselves in an industry that pumps out a lot of things that … don’t.

Last time around we suggested two shows about school life that were relentlessly feel-good, family-friendly, and just darn pleasant in every possible way. We’ll continue the theme with a show about high school that, for better and for worse, comes a lot closer to what those school days were really like.

It’s still funny, it still will leave you feeling nostalgic, and it’s still darn pleasant. But it doesn’t pull punches. You want a story of high school romance? Are you sure? Well then, buckle up.

I put off watching Toradora! for years, despite its high rankings on popularity lists and other hints that it was something special. More accurately, I watched the first episode and set it aside, only picking up the second episode a few years later.

Yeah, don’t do that. The first episode might give a false impression that this is an over-the-top violence and slapstick entry into the high school shenanigans bucket. There’s some of that, but it also does so many other things well that the early spectacle of a high school girl threatening a high school boy with a wooden sword after breaking into his room seems … actually plausible, given the personalities involved.

What sets Toradora! apart is that it’s one of the most “realistic” depictions of high school I’ve yet seen. I don’t mean that in a good way. The high school years are traumatic, miserable, humiliating, and angst-riddled as not quite children attempt to come to terms with their not quite adulthood. There are crushes and school romance, and they are more often than not excruciating experiences. There are infatuations, and convenient lies, and small comments that blossom into much larger consequences. There are many shows that attempt to show the high school years as a romanticized time of youthful vigor and consequence-free silliness, the sort of adolescence that most adults forever regret not having. There are few that capture the just-under-the-surface terror of those years, coping with romantic feelings you might not want to have or floundering as childhood imagination is slowly walled off, replaced now by the undeniable imminence of adulthood.

It sucked. All the things adults remember with such fondness? In the thick of it, all those things were awful. If a magical talking bear offered to let you return to your high school years so you could relive them all over again, the only appropriate response would be to ask the bear if it would be willing to just chew one of your arms off instead. Do you even remember those years?

Ryuji is a normal kid trying to fit in at school despite being born with a face that screams thug. He also has an unfortunate run-in with the school bully, an elementary-school sized girl named Taiga so notorious for her quick temper and quick fists that her classmates call her the “Palmtop Tiger.” Ryuji quickly gets flattened, and things get even worse when it turns out his new and violent enemy is, go figure, also his next door neighbor.

This is where a description of the plot might begin to lose you, but if you stick around you’ll find that very little of this is what it seems on the surface. Taiga (sounds like tiger, hence the nickname) isn’t just hypersensitive about her grade-school size, she hides a lonely home life that is solidly not good. And Taiga doesn’t give a particular damn about Ryuji, but Ryuji was witness to an extremely embarrassing moment for Taiga, who has an incurable crush on one of Ryuji’s friends. Ryuji, however, has an equally incurable crush on Taiga’s best friend.

There, then, is where our true plot lies. Not in Taiga leaping across a 4-foot gap between balconies to assault Ryuji with a wooden sword, but in Taiga and Ryuji’s subsequent secret conspiracy to get their two crushes to notice them.

There are no one-dimensional characters here. Taiga is not an irredeemable bully and her entire personality is not subsumed by “is short.” Ryuji may have a face that screams future yakuza, but he’s smart and, when not love-blind, mature. Minori, the girl he is obsessed with, seems from afar the perfect example of the Manic Pixie Dream Girl trope, energetic and bubbly and never without a smile. She’s not—but she does have a natural intuition that at times can be almost chilling. Yusaku is the reliable student council vice president, the unflappable sort who’s almost irritatingly wise, but he’s also an exhibitionist who drives those around him to despair. And Ami, rounding things out, is the larger-than-life professional model who transfers in, seemingly adult and impervious. In secret, she’s stuck-up, obnoxious, and in desperate need of a knocking down to size.

Nobody here is the person those around them first assumed them to be, and finding paths forward despite the humiliating failure of Taiga and Ryuji’s every plot provides not just laughs, but pathos and full-body cringes and a deromanticizing of the high school days that should clear the cobwebs from your own memory of those years.

All our characters are clever, well-written, and have their own frequent moments to shine. The stereotypes that would guide other shows are quietly disemboweled in this one, their remains tacked up as a warning to others. And the show isn’t afraid to show high school kids for what they are: clumsy, confused, and more than a little sex-obsessed. All of the most mortifying moments ring true to life; all of the small victories are bittersweet, as we wonder which are real and which are only illusions.

I’m not sure if we could call Toradora! the top high school “romance” series of all time, but it’s up there.