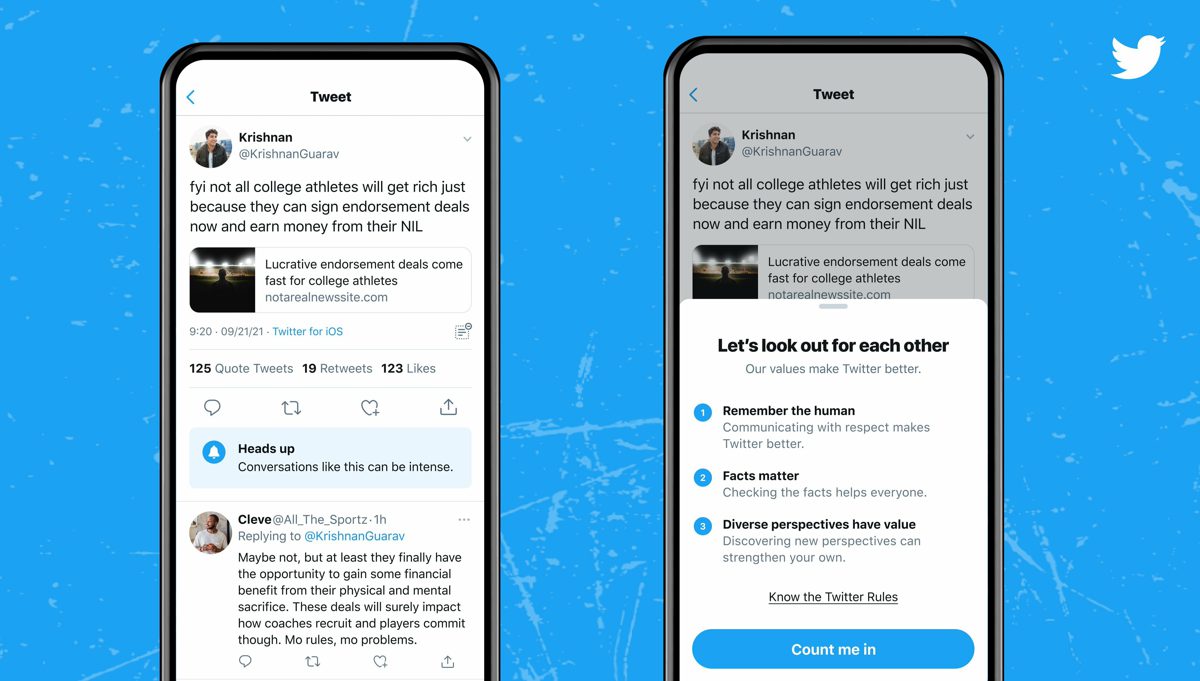 In case you weren’t aware, things on Twitter can get a little, well, intense.

So cautioned the social media platform in a limited test it started rolling out Wednesday to iOS and Android users. The new prompts, according to one example provided by the company, will appear below certain tweets and warn any user considering diving into the replies.

“Ever want to know the vibe of a conversation before you join in?” asked the company in a tweet announcing the test. “We’re testing prompts on Android and iOS that give you a heads up if the convo you’re about to enter could get heated or intense.”

The prompts appear relatively straightforward. “Heads up,” reads one example. “Conversations like this can be intense.”

The test appears to be the latest effort in a long line of tweaks aimed at improving “conversational health” on the platform. It follows various Twitter conversation health initiatives — some deemed more successful than others — such as the ability to limit replies, so-called humanization prompts, and quote-tweet prompts.

We reached out to Twitter with a host of questions about the test, including how many users will see the prompts, what types of tweets will receive the warning labels, and by what metrics Twitter will consider this effort a success.

In response, the company explained that the example it provided is the only one currently being tested, and that while the experiment is small, there will be more (presumably) like it.

The resulting conversation, it seems, has yet to get intense. But because this is Twitter, after all, Twitter’s latest test makes clear that there’s still time.