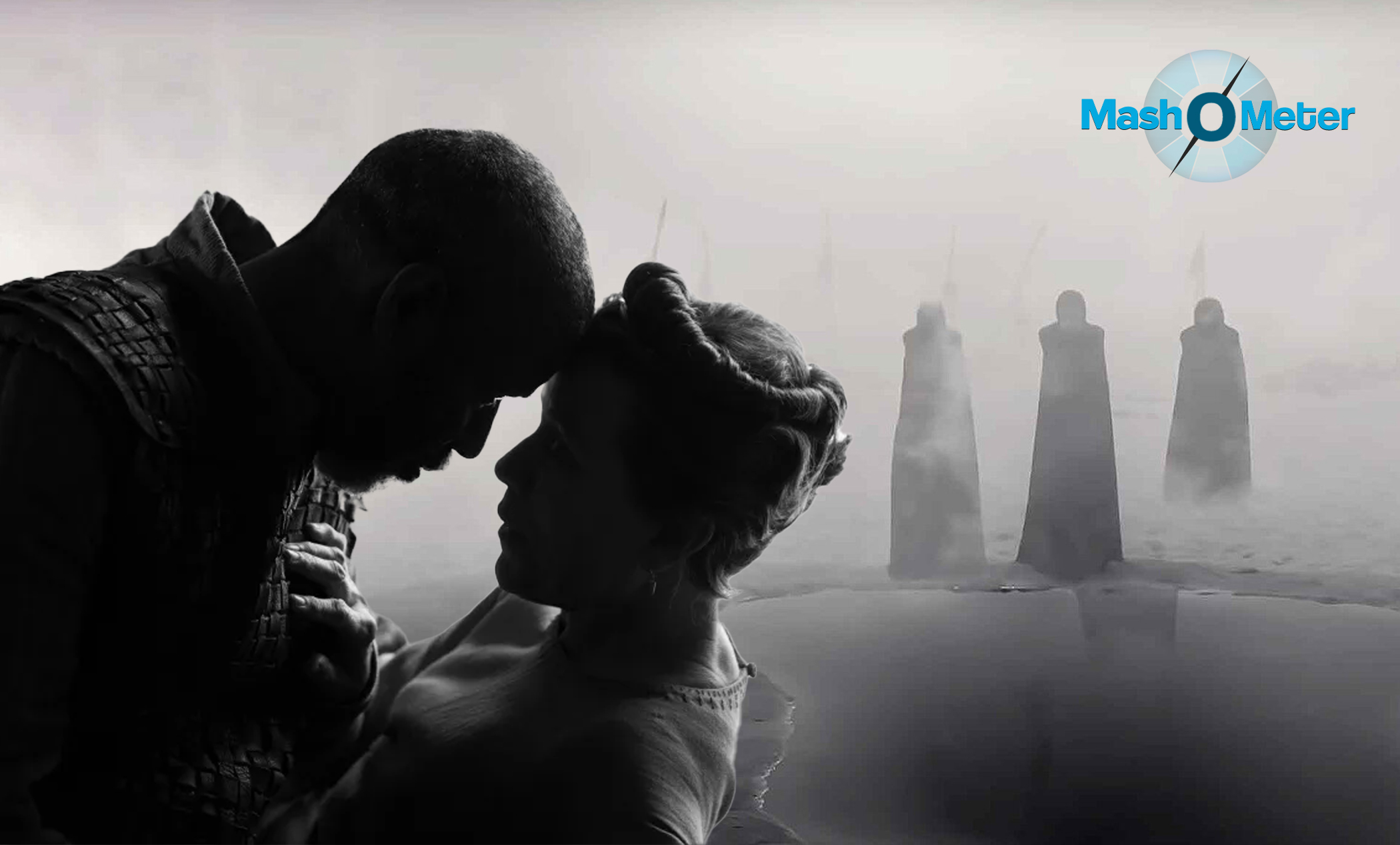 A Thane driven insane by ambition, ominous prophecies and cold-blooded murders set against the desolate landscape of Scotland – Shakespeare’s ‘The Tragedy of Macbeth’ is one of the greatest and in my opinion, scariest tragedies ever written. The text has endless potential for adaptation (there are some 25 odd movies) but the latest, ‘The Tragedy of Macbeth’ directed by Joel Coen of the Coen brothers adapts the classic into a cinematically rich, yet a theatrical masterpiece, carving a separate space of its own. The film casts some of Hollywood’s finest – Denzel Washington as Macbeth and Frances McDormand as Lady Macbeth. So you have a famous filmmaker directing Oscar-winning stars in a retelling of one of the most famous Shakespeare plays. On paper, it’s a literature and movie nerd’s (points at self) dream. On-screen, it’s like a lucid dream both mesmerising and haunting.

Director Joel Coen joins a line-up of filmmakers taking up the challenge of adapting a Shakespearean play in which the poetry of his written words can shine alongside the visual language and action. Shot entirely, in black-and-white on mostly bare sets, The Tragedy of Macbeth seems to pay homage to both its literary source and the films that came before. Orson Welles and Akira Kurosawa’s iconic works come to mind as a perfectly cast Denzel Washington arrives on the screen from amidst the fog Macbeth. Everything that happens from thereon is a masterclass in filmmaking and performance. To put it plainly, the cast and crew went “double, double, toil and trouble” over every single detail and it’s quite the flex.

If you’re watching this film you’re probably familiar with the plot but here’s the crux of it – Scottish nobleman Macbeth is returning home after a victory in battle with Banquo when he’s told by three witches or the weird sisters that he will soon be King. Once he’s pronounced Thane of Cawdor, he takes the throne by murdering the King he fought so bravely for. One murder leads to another as he gets hungrier for power. Of course, it doesn’t end well and as predicted by another strange prophecy, tragedy strikes and his downfall is inevitable.

The Tragedy of Macbeth is made relevant again in Coen’s darkly stunning masterpiece as sound and picture fuse to create a deliciously unsettling atmosphere.

The film with all its dreamlike quality opens with the three witches uttering their prophecy in hoarse voices, setting the stage for a delightful sensory experience. It’s amazing to think that every scene from Macbeth’s journey to greet King Duncan (Brendan Gleeson) alongside Banquo (Bertie Carvel) to the final battle is filmed on the same Los Angeles soundstage. For the most part, the frame remains bare with light and shadows doing their thing but what will get you first is the immersive sound of thundering and thuds. The production design (Stephan Dechant and cinematography (Bruno Delbonnel) are expectedly on point. A lot has been said about this adaptation but I believe its greatest triumphs visual and thematic are (a) Doubling up on atmospheric horror with the clever use of German expressionism resonant of The Cabinet of Dr. Calgiri and (b) Delivering the theme of power and tyranny of a leader that sadly hits different because it is relevant to our current times. The rest is all stellar moments of performance.

Denzel Washington’s majestic act is a thunderous success. Macbeth is a unique opportunity for the actor as a character that is at once sympathetic and well, pathetic. He goes from simply being lured in with the promise of power to craving it. This transformation is brought out in the ever so slight changes in the actor’s physicality as he inches towards insanity. Between calm deliveries of Shakespearean dialogues to the hallucinations induced by guilt, Washington takes us on quite the journey. I have always felt like Macbeth is a man who is not inherently ambitious and is instead, entrapped by ambition. There’s a complexity to the character that the actor seems to understand. His “Tomorrow, and tomorrow” monologue gave me goosebumps, I kid you not. It’s a masterclass in acting. Of course, it helps that his on-screen and off-screen partner (as co-producer) is Frances McDormand’s Lady Macbeth egging him on to “screw your courage to the sticking place”. Only McDormand could’ve played this role with such restrain as opposed to the wild-eyed idea of Lady Macbeth that most of us have. As they each descend into madness and ultimately grief, the film gets its best parts. Not to say that the rest of the cast isn’t great. Full of theatre and film veterans (another flex) including Alex Hassell, Corey Hawkins, Harry Melling and more. A special shoutout to Kathryn Hunter who portrays all three Witches and Old Man which are the most challenging roles in my opinion.

The Tragedy of Macbeth is for the most part, bloodless which is a weird thing to say of a source text and screenplay full of murder and bloodshed. But the stakes of the story are conveyed nonetheless. What the film lacks in bloodshed and gore, it makes up for in atmosphere with every footstep and dripping blood. It’s all “sound and fury”.

There are many Macbeth adaptations and many great Macbeth’s between Kurosawa’s 1957 adaptation Throne of Blood starring Toshiro Mifune that is still considered one of the greatest adaptation of the play, Bollywood’s own Maqbool, a stunning example of cross-cultural translation helmed by Vishal Bhardwaj and Roman Polanski’s bleak and brutal 1971 adaptation simply titled Macbeth. But what Joel Coen achieves here with The Tragedy of Macbeth is a dreamy, haunting vision come alive. It sticks to the themes of Shakespeare’s classic and infuses with the best of what cinema and theatre have to offer. And that ambition (as wild as the crazy Thane’s) has my sword.

The Tragedy of Macbeth is currently streaming on Apple TV+.