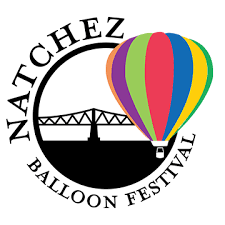 You are now below the fold. Please do feed the naked mole rats.

“Fox News is 25 years old today—the prime age to be harassed by someone at Fox News.“
—Trevor Noah

“This should be a no-brainer: just get rid of the filibuster. It’s an old rule historically used to preserve racist policies, it’s not in the Constitution, and yet it’s blocking the United States’ ability to stay solvent. Keeping the filibuster would be like an E.M.T. trying to defibrillate someone and going, ‘You know, I’d love to save his life but I can’t—he’s wearing white after Labor Day. He’ll be missed…but not in those pants.”
—Stephen Colbert

Note: Due to the worldwide disruption in the supply chain, fresh notes are currently unavailable, forcing us to recycle this one from 1920: Harding! Harding! He’s our man! He puts Jimmy Cox in da garbage can! Ha Ha Ha Ha Ha!!!  We apologize for the disruption.  —Mgt.

Days ’til the Natchez Balloon Festival in Mississippi: 7

Drop in covid cases since September 1: 35%

Number of teachers, members of the military, first responders and government employees who will be positively affected by new, relaxed requirements under the Public Service Loan Forgiveness Program: 550,000

Number of Kellogg’s cereal plant workers who are on strike for better working conditions: 1,400

Rank of Montana, Kansas, and North Dakota on LawnStarter’s list of best states to start a farm or a ranch: #1, #2, #3

Years since Monty Python’s Flying Circus debuted on the BBC as of last Tuesday: 52

CHEERS to good news heading into the weekend. The long-range forecast for our republic might be in the crapper, but at least these developments may make the next 48 hours tolerable. Everybody dance…

»  The debt ceiling crisis is over! We can all say “Merry Christmas” again!

»  The Texas vigilante-justice abortion law went down in flames!

»  Jobless claims are down again—way down!

»  And ahead of winter hibernation in Katmai National Park, the brown bear known as Otis 480 was elected governor of Alaska!

With all that joie de vivre now coursing through your vaccinated veins, you’re now primed to have a spectacular weekend, courtesy of C&J. We hope you enjoy it, because on Monday your car won’t start, your roof will spring a leak, the call will be coming from inside your house, and don’t even get us started on the asteroid.

JEERS to the insurrection that just won’t quit insurrectioning. The House January 6 Committee, co-chaired by Democrat Bennie Thompson and Republican Liz Cheney, sent out subpoenas to a gaggle of Trump’s lieutenants this week, upon which the one-term, twice-impeached failure committed an act of obstruction of justice by ordering them to ignore said subpoenas. All of them lemmingly complied. (The whereabouts of one of the four isn’t even known).  So now what? How do you solve a problem like Bannon, Patel, Scavino, and Meadows? I was going to spend all day researching this with a mortarboard on my head, but CNN beat me to it:

1) The [commission] can tell the House or Senate sergeant-at-arms to detain or imprison the person in contempt until he or she honors congressional demands. This is called “inherent contempt.” But it’s extremely rare and hasn’t happened in modern times.

2) Congress can vote on criminal contempt, then make a referral to the executive branch—headed by the President—to try to get the person criminally prosecuted. A month or more jail sentence is a possibility if a witness won’t comply, under the law.

3) Congress can ask the judicial branch to enforce a congressional subpoena. In other words, Congress can seek a federal court’s civil judgment saying the person is legally obligated to comply with the subpoena.

JEERS to the original nattering nabob of negativism. On Sunday’s date in 1973, Vice President Spiro Agnew resigned in disgrace.  His exit was in stark contrast to the first veep to leave while in office:

John C. Calhoun, the Seventh Vice President of the United States, did so toward the end of his second term after the election of 1832, when his successor—Martin Van Buren—had already been selected. Calhoun…quit the vice presidency after the South Carolina legislature voted to send him to the US Senate.

Agnew, by contrast, quit the vice presidency after pleading no contest to a tax evasion charge. It turned out he’d been taking bribes since the early days of his career in Maryland, and continued to do so after becoming vice president.

Poor guy was ahead of his time. Forty-eight years later tax evasion is the biggest plank in the Republican party platform.

CHEERS to civility. The “Complete Book of Etiquette” was first published 69 years ago today, on October 8, 1952.  Lesson #1: Be nice to everyone. Lesson #2: If Lesson #1 doesn’t work, release the spike in the toe of your shoe and aim for the shins.

CHEERS to home vegetation. Here are a few tidbits on the TV schedule for the weekend. As always, Chris Hayes, Rachel Maddow (back in the big chair after 100% successful skin cancer surgery) , and Lawrence O’Donnell pick up the Friday news dump pieces and put ’em back together. Tonight at 9, PBS airs the 34th Hispanic Heritage Awards. On HBO’s Real Time at 10, Bill Maher talks with Killer Mike and Peril co-author Robert Costa. Then at 11 on BBC America, the guests on The Graham Norton Show include Dave Grohl, Nile Rodgers, and Kadeena Cox.

The most popular movies (James Bond’s latest opens today) and home videos, new and old, are all reviewed here at Rotten Tomatoes. Whose Line Is It Anyway starts a new season tomorrow night at 8 on the CW.  The NFL schedule is here, the NBA schedule is here, the NHL schedule is here, while glorious baseball lineup for homeland and superior American pastime havings is here. Oh, and Game 1 of the WNBA finals between Chicago and either Phoenix or Las Vegas (determined tonight) is Sunday at 3 on ABC. Kim Kardashian hosts SNL.

Sunday on 60 Minutes: reports on deepfake technology, migrant children still separated from their parents, and Deep Springs College, where “riding and ranching” are apparently something to get all gee-whiz about at CBS News. The Simpsons airs their 32nd Treehouse of Horror Sunday night at 8, Chris helps Stewie find the culprit who stole his Halloween candy on Family Guy, and the weekend comes to a close with a witty Britty recap from John Oliver on HBO’s Last Week Tonight.

This Week: Facebook executive goober Nick Clegg tells you not to believe the hate you see on his boss’s social media platforms or he’ll doxx you and then burn your house down after exercising “my second amendment remedies.” Plus: Treasury Secretary Janet Yellen shows the proper way to roll around in a pile of hundred-dollar bills.

JEERS to the end of the road. Sarah Palin made it official this week, choosing the life of a grifter over one of public service. Sorry, fans, but there will be no mama grizzly moving into the White House in 2013 (much to the relief of the janitorial staff). Palin says she says she turned to the Lord to help guide her decision, but bowed out when the machine kept picking up. (And on the 8th day, God installed Caller ID.) But fear not! For those of you still pinin’ for the ultimate in batshittyness in the 2012 campaign, there may still be hope. I remembered today that one person who said he was thinking about running is David Duke. In fairness, though, the two have some slight differences. For instance, Palin likes to “go rogue,” while Duke prefers to “go robe.”

CHEERS to this year’s designated #1 peacemakers. The Nobel Committee’s most prestigious award was handed out today, and I’m shocked it’s not the previous president for planning and staging the Love-In at the Capitol on January 6th, where tourists and police were hugging and kissing so perfectly and so beautifully that it stopped the world in the greatest moment of Kum Bah Yah in ever seen in our history. Instead, they chose these two:

Journalists Maria Ressa and Dmitry Muratov won the Nobel Peace Prize on Friday for their fight to defend free expression in the Philippines and Russia.

Ressa is the co-founder of investigative digital media company Rappler, which has focused on the brutal war on drugs waged by Philippine President Rodrigo Duterte. Muratov is the founder and editor-in-chief of Novaya Gazeta, an independent newspaper holding power to account in President Vladimir Putin’s increasingly authoritarian Russia.

The Norwegian Nobel Committee said it recognized the pair for their “efforts to safeguard freedom of expression, which is a precondition for democracy and lasting peace.” More broadly, the committee said it wanted to highlight the plight of journalists across the globe who are operating in what watchdogs say is an increasingly repressive environment.

Among the much-bandied-about nominees (329 total this year) who didn’t make the cut this year: New Zealand Prime Minister Jacinda Ardern; Greta Thunberg; Russian opposition leader Alexei Navalny, and also me, for forging a lasting peace between the warring factions of squirrels in their territorial boundary dispute between Eastern Porch Roof and Western Porch Roof. (And we have the scars to prove it.)