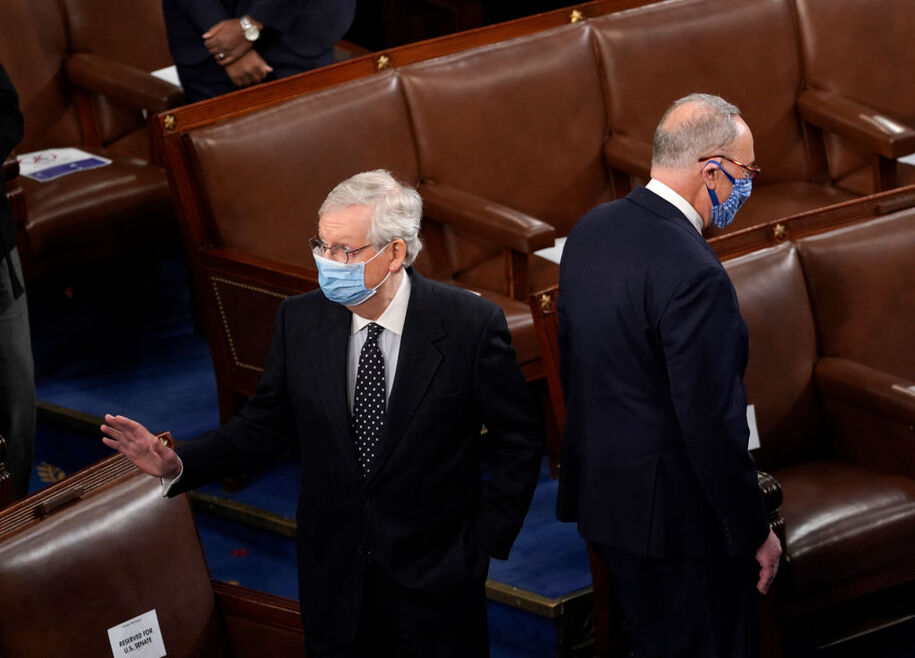 As the Senate was preparing to hold another doomed vote on suspending the debt ceiling Wednesday, which Republicans had vowed to filibuster, Republican leader Mitch McConnell threw a spanner in the works. Goaded on either by enough Republicans who don’t want to be personally responsible for a global economic crisis or by the threat that Joe Manchin and Kyrsten Sinema might actually be willing to nuke the filibuster to get it done, McConnell made Democrats an offer.

He proposed that Republicans would “allow Democrats to use normal procedures to pass an emergency debt limit extension at a fixed dollar amount to cover current spending levels into December.” Meaning Republicans would not filibuster the effort, but Democrats would not be able to suspend the debt ceiling, and that he would hold on to this hostage for another three months.

The Senate then recessed while Democrats met to decide how to proceed, and they decided to take the deal and call it a victory. Sen. Elizabeth Warren of Massachusetts said, “McConnell caved. Now we’re gonna spend our time doing child care, health care, and fight climate change.” Sen. Tammy Duckworth of Illinois said McConnell was “folding,” and Wisconsin Sen. Tammy Baldwin said Democrats would “take this temporary victory and then try to work with the Republicans to do this on a longer-term basis.”