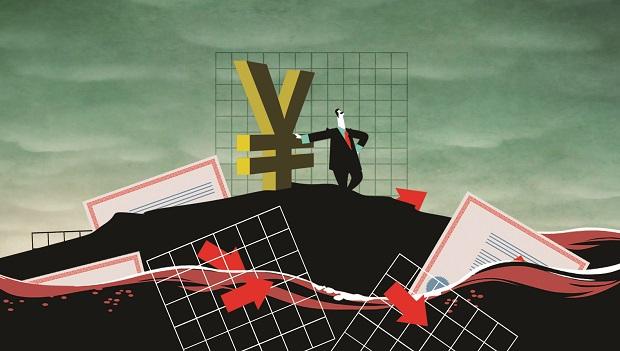 Public debt has soared since the 2008 financial crisis, and especially during the Covid-19 pandemic. According to the International Monetary Fund (IMF), the ratio of public debt to gross domestic product (GDP) in advanced economies increased from around 70 per cent in 2007 to 124 per cent in 2020. But the fear that rising public debt will fuel future financial crises has been subdued, partly because government bond yields have been so low for so long.


Although yields started falling much earlier, in the 1990s, they were kept low by quantitative easing (QE) after the 2008 and 2020 recessions. Few doubt that massive fiscal expenditures were warranted to alleviate suffering during those episodes. But advocates of Modern Monetary Theory (MMT) take this logic a few steps further.

Advocates of MMT contend that as long as debt is denominated in a country’s own currency, there is no reason to fear a fiscal crisis, because a default cannot happen. Any withdrawal of fiscal stimulus therefore should be gradual. And in the meantime, new issues of public debt can be used to fund infrastructure investments, income-support programmes, and other items on progressives’ agenda, provided that the inflation rate remains below the central bank’s target (generally around 2 per cent).


MMT’s boosters cite Japan as proof of concept. Even though Japan’s debt-to-GDP ratio (including both central and local government) is above 250 per cent, compared to 160 per cent in the United States, its 10-year government bond yield has remained at around zero throughout the Covid-19 pandemic, and its average inflation rate has barely exceeded zero for 20 years. Annual new bond issues and soaring debt levels have not had any apparent impact on borrowing costs.


But before other countries rush to emulate Japan, they should bear in mind that Japanese government bonds are issued in yen, and almost all are held by Japanese residents, both directly and indirectly through financial institutions and the central bank. This makes Japan quite different than the US, whose Treasury bonds are held by investors worldwide.


Some Japanese politicians think their country should be praised as an MMT exemplar. Just this month, the Diet approved a supplementary budget, which relies on issuance of ¥22 trillion ($192 billion) in new bonds, on top of the ¥44 trillion in the initial budget. Total new issues this fiscal year thus come to ¥66 trillion, or about 12 per cent of GDP. One of the controversial expenditure items in the supplementary budget is to transfer ¥100,000 to all resident minors (18 years old or younger).


One thing MMT advocates get right is that the Japanese government need not, and should not, default on its debt. Even if there are no buyers for it, the Bank of Japan (BoJ) can continue to purchase new and rolled-over bonds with cash injections. This may invite very high inflation. But MMT advocates would say that bond issues can be stopped if and when the inflation rate exceeds 2 per cent.


The problem is that by then, it may be too late. With the stock of debt having grown so large, it would require a massive and sudden fiscal consolidation to pay for redemption of existing maturing bonds. A sudden stop of bond issuance at a 2 per cent inflation rate would likely result in a sharp recession. The only other option would be for the BoJ to continue to buy up the debt, which would result in still higher inflation, if not hyperinflation.


Moreover, the fact that a default can be avoided does not mean that continuing to issue bonds after the acute phase of the crisis enhances social welfare. Cash transfers, such as the one just approved, and other programmes benefit current generations, whereas the tax burden of eventual bond redemption will be borne by future taxpayers — many of whom may not yet be alive. And even when existing bonds are rolled over indefinitely, interest payments for debt-financed current consumption will be borne by future generations.


MMT’s validity partly depends on projected real (inflation-adjusted) growth per capita. If the population is growing and future generations will be richer than current ones, the “burden” of current bond issues will indeed be small. In this sense, bond issues for consumption function like pay-as-you-go pension systems. As long as the economy is growing faster than the interest burden, PAYGO is a sensible approach, because each generation can simply shift the burden to the next generation, ad infinitum.


Like a Ponzi scheme, this works only as long as the base of the pyramid keeps expanding. In the US, the government may be able to keep increasing its debt and maintaining its PAYGO social-security system for several decades to come. But Japan enjoys no such luxury. Its population has been declining since 2008 (and its working-age population since 1998), and its per capita income has been stagnant for 30 years. The scheme will soon collapse.


Japanese voters and politicians cannot keep treating cash raised from new and rolled-over bond issues as manna from heaven. If the electorate wants income redistribution, it must accept that the transfer should come from today’s rich (many of them elderly), rather than from future generations. And if the social-security system has become too generous, owing to overly optimistic projections, there should be a claw-back.


If, on the other hand, fiscal stimulus is needed, the spending should be directed more wisely to support future growth, such as by boosting investment in human capital and innovation. But a blanket endorsement of MMT and its policy implications is the last thing Japan needs. Now that the acute phase of the crisis is over, Japanese leaders would do well to start thinking about the country’s huge stock of debts.


The writer, a former Japanese deputy vice minister of finance, is a professor at the School of International and Public Affairs at Columbia University and a senior professor at the National Graduate Institute for Policy Studies in Tokyo. © Project Syndicate, 2021

“We Need To Think About How To Bat Against…”: Rohit Sharma On Defeat Against Bangladesh In 1st ODI

US’ Michael Kors & Ellesse team up for a special ski capsule