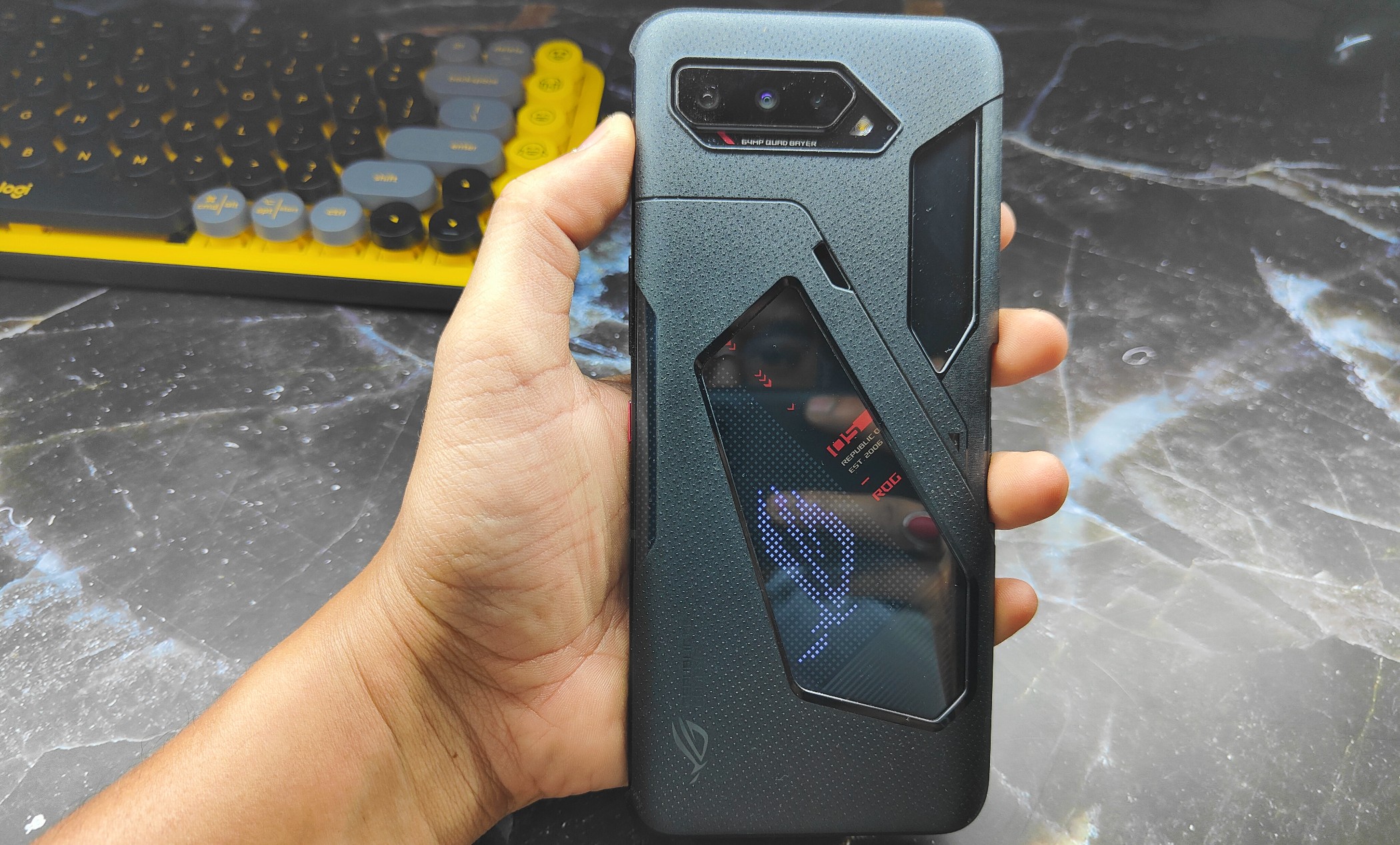 Smartphone gaming has grown huge in the last couple of years and now we are in an era where gaming is considered as a career option. When it comes to smartphone gaming, numerous brands offer gaming-centric phones, but the one which has started the entire segment was ASUS. The company launched its first launch its ROG phone back in 2018 and now the portfolio has grown huge. Expanding its range, the brand has recently launched the ROG Phone 5s in India with beefy specifications and amazing design.

The gaming-focused smartphone was launched in February and the company shipped one device to us so that we can use it for a while and come up with a comprehensive review. Here we are with the review of the device explaining whether it’s worth spending your hard-earned money on the Asus ROG Phone 5s or not.

Asus is known for offering gaming laptops and the designs of the entire ROG gaming laptop segment are outstanding. The company has implemented a similar design theory with the Asus ROG Phone 5s as well. The newly launched gaming smartphone comes with a dynamic design with ROG branding, RGB backlit logo and premium finish. The handset comes with a glass back with a combination of red and black color options, which suits the gaming mood of the players. However, the glass back also means that it serves as a good host for fingerprint magnets and it’s guarded by Corning Gorilla Glass 3.

The rear-camera sensors are placed at the top-left corner of the phone and on the right chassis, it comes with a volume rocker key with the power button. On the left side, the Asus ROG Phone 5s houses a USB Type-C port along with the magnetic pogo pin connector that helps you in connecting gaming accessories like AeroActive Cooler. The gaming phone also comes with another USB Type-C port at the bottom along with a 3.5mm audio jack. The SIM tray is placed on the left side and the handset also offers AirTriggers placed on the right chassis.

Asus ROG Phone 5s is beautifully designed and we are impressed with its approach to gaming and games. The company has ruled out all the minor issues which might have created issues while gaming on a smartphone.

The Asus ROG Phone 5s ships with a gigantic 6.78-inch Samsung E4 AMOLED display with a resolution of 2448 x 1080-pixel. The handset offers a tall screen with an aspect ratio of 20.4:9 and with a refresh rate of 144Hz. The display panel is capable of getting bright up to 1200 nits, supports HDR10 and HDR10+ and it’s protected by the Corning Gorilla Glass Victus.

There is no punch-hole or waterdrop notch design to tone down your viewing experience and that is what we also like about the ROG Phones. We have used the phone for good 3 weeks and haven’t witnessed any glitch, flicker, red or green lines on the display even while high intensive gaming sessions.

Under the beautiful looking case the Asus ROG Phone 5s comes equipped with the flagship Qualcomm Snapdragon 888+ chipset, clubbed with up to 18GB RAM and 512GB storage. The CPU is clocked at 3.0 GHz and is certainly 25 percent faster than the predecessor. Besides, the gaming smartphone comes equipped with a GameCool 5 cooling system which is an optimum thermal structure featuring a centered CPU with the battery split into two parts. The heat management system ensures sure that the heat generated by the CPU is transferred to all the corners of the phone chassis for better heat dissipation.

The company has also revamped the copper 3D vapour chamber and extensive graphite sheets which significantly helps in keeping the temperature of the ROG Phone 5s down during long-hour gaming. The gaming smartphone gives you access to control the thermal management and CPU GPU usage, you can make customize profiles depending on your usage and all these can be achieved with the Armoury Crate.

There are two modes namely X-Mode and X-Mode Plus, both the modes are meant for highly graphic games like BGMI, Call of Duty Mobile, Genshin Impact, Free Fire, FIFA, NFS, and more. But do note that the X-Mode Plus will only activate when you attach an AeroActive Coller with the phone and the retail box doesn’t arrive with one. This means you need to buy one from the store to experience the mode, we haven’t received the accessory from the brand, and that is why we can’t assure you what exactly the X-Mode Plus is capable of.

The ROG Phone 5s packs a beefy 6,000mAh battery split into two sections to improve heat management. The smartphone fails to arrive with a 65W fast charger in the retail box, instead, it offers a 30W adapter which is also fast enough to juice up the device. During the usage, we have received a battery life of two days even with a 144Hz display setting. The battery backup of the Asus ROG Phone 5s is impressive and we can say that a single fuel-up can let you play games for long hours without looking for a charger.

Earlier brands use to make gaming smartphones focus more on the performance and hardware and the camera specification was usually ruled role. Initially, Asus was also among the ones who didn’t focus on the camera section, but gradually the company has realized that the camera plays a vital role in a smartphone. With Asus ROG Phone 5s the company has incorporated a triple rear camera sensor with the combination of a 64MP primary camera, accompanied by a 13MP ultra-wide angle, and 5MP macro camera. Upfront, the smartphone ships with a 16MP selfie camera sensor which also allows you to live stream directly from the phone.

The camera sensors on the ROG Phone 5s are amazing and we were totally astonished by the image quality of the phone. The device comes with all the latest features and modes and is capable of shooting up to 8K resolution videos, we have attached some of the images clicked on the Asus ROG Phone 5s below for your better understanding.

Asus ROG Phone 5s: Is It Worth Buying the Gaming Smartphone

The ROG Phone 5s is an all-rounder smartphone and the company has certainly ticked all the boxes that a buyer looks for to purchasing a gaming smartphone. Even if you don’t want to go for a gaming phone you can still buy the ROG Phone 5s, it gets you everything looks, power, performance, high-quality camera sensor, RGB lights, Air-Triggers. We have used the handset for a long period of time and considering that experience we can say that it’s a good deal for gamers and non-gamers as well.