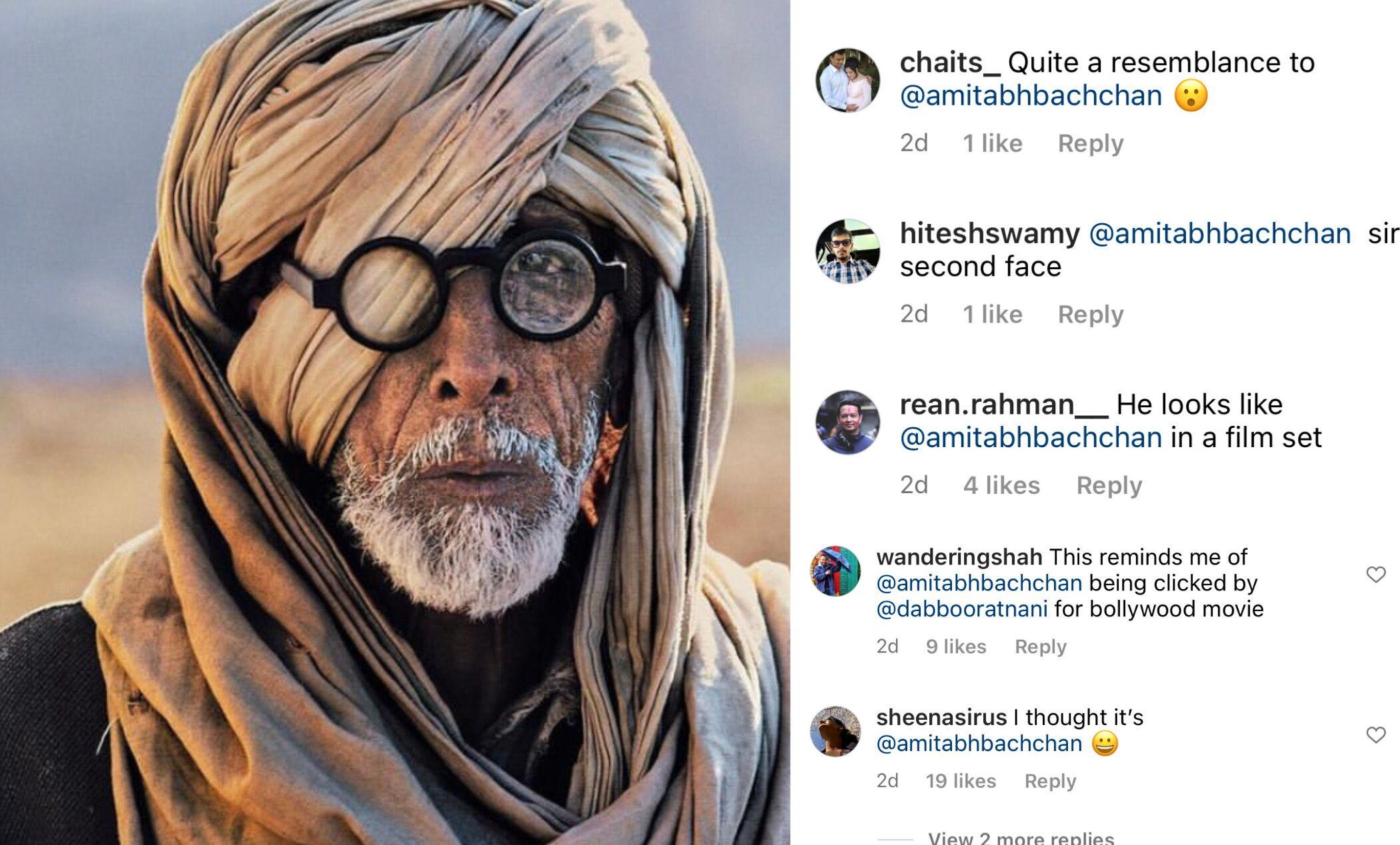 A picture of a refugee from Afghanistan was shared by a popular photographer named Steve McCurry. As soon as the picture was shared, it went viral with people reacting differently. Many of them said that the man in the picture was Amitabh Bachchan. In the shared image, a man is seen with a turban and grey beard wearing glasses.

This is not the first time that this image has surfaced online as it was first shared in 2018 and at that time as well, it went viral. People called him Amitabh Bachchan back then and said that this picture was taken from the shoot of Thugs of Hindostan. This movie features actors like Aamir Khan and Fatima Sana Shaikh and Katrina Kaif in a cameo role.

Whoever sees the image for the first time, they would actually identify the man in the picture as Bollywood’s Big B. This picture was shared on Tuesday and it got over 75,000 likes. People commented on it and said that the man was Amitabh Bachchan and other Instagram users said that it was the new look of Amitabh Bachchan for his next movie.