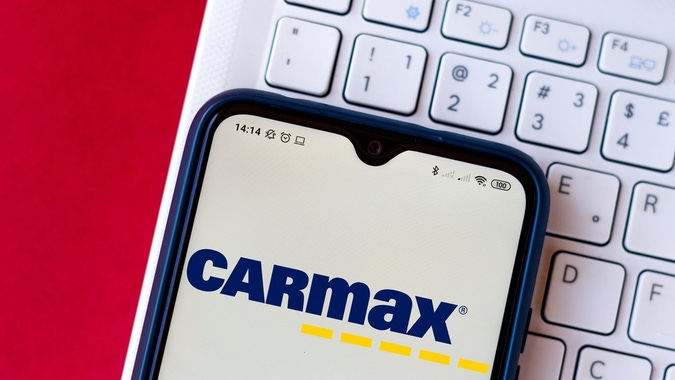 CarMax results (NYSE: KMX) reveal the used car industry is not immune to global issues plaguing the market today. Not only are rising costs digging into the bottom line but there is the omnipresent issue of the global semiconductor shortage. The semiconductor shortage has caused a severe cut back in the production of new vehicles and it takes new car production to create those used cars CarMax is so fond of selling. There are fewer new vehicles on the lot now than in decades and that issue is not going to end soon. Less new cars mean fewer used cars and used car demand is so high the dealers are already having to solicit inventory. As it stands, CarMax is still able to buy more cars on a quarterly basis than it sells but those conditions could change very quickly.

CarMax had a truly astounding quarter in which revenue grew 48.8% over last year to set a company record of $7.99 billion. This beat the consensus by over 1500 basis points and is supported by robust demand in the wholesale channels. The company reported a 19.9% increase in total units sold with a 6.7% increase in retail units sold and a 41.8% increase in wholesale units sold. Both figures are of course supported by higher sales prices as well. Retail sales are, notably, a quarterly record while the wholesales sales are at an all-time high. Sales were also supported by the addition of three new stores and CarMax plans to open several more new stores by the end of the year.

Moving down the report to the profitability portion of the details is where the news turns sour. The company reported a gross margin of 10.2% or 170 basis points shy of the expectations and significant pressure in SG&A expense as well. SG&A was impacted by re-investment but also by rising wages and compensation costs. This drove GAAP earnings of $1.72 which missed the consensus by $0.17 and is down -3.9% from last year.

The earnings miss sets the company up to miss the full-year consensus as well, and the stock to move lower. The company doesn’t give any guidance but the outlook isn’t favorable, either. Despite the company’s obvious sales strength, the analysts continue to expect a deceleration of revenue over the next 2 to 4 quarters.

The upshot is that, while earnings leverage has been negatively impacted, the company is still driving strong cash flows and free cash flow and able to buy back shares. The company bought back 1.8 million shares during the quarter for a total of $220 million and there is ample cash left in the allotment. As of the end of the reporting period, CarMax had $990 million left on its buyback allotment which is worth about 4.25% of the market cap.

The analyst consensus sentiment for CarMax is bullish but we think there may be some changes soon. There is yet to be any analyst comments since the release of the report but price action says everything. CarMax price action fell more than 10% to below the current Marketbeat.com consensus estimate of $134 and set the stock up for a much deeper decline. Price action is confirming resistance at the short-term moving average that we see taking this stock down to firmer support levels. Analysts at the low end of the range see this stock trading near $75 but we think that’s a little extreme. If the stock doesn’t find firm support near the $127 level and the 150-day moving average, we see the potential for support at the $115 level and then at the $100 level.