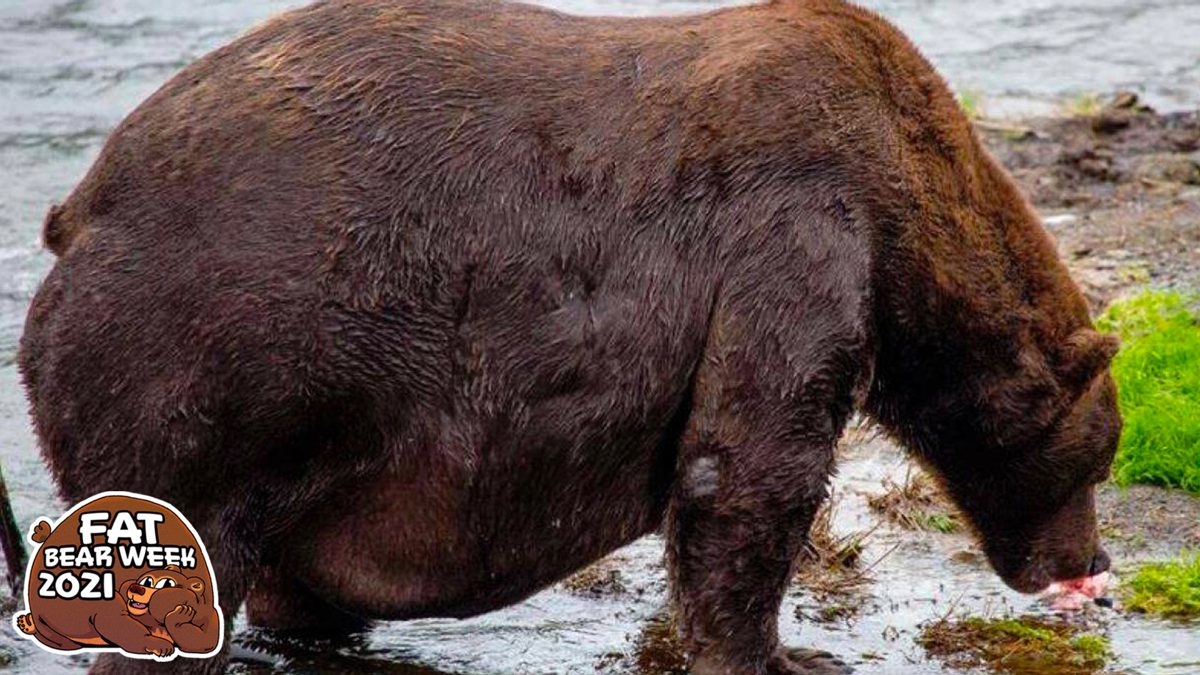 Welcome to Fat Bear Week 2021! Katmai National Park and Preserve’s brown bears spent the summer gorging on 4,500-calorie salmon, and they’ve transformed into rotund giants, some over 1,000 pounds. The Alaskan park is holding its annual playoff-like competition for the fattest of the fat bears (you can vote online between Sept. 29 through Oct. 5). Mashable will be following all the ursine activity.

In a glorious celebration of wilderness, conservation, and animal success, Fat Bear Week has arrived in 2021.

Katmai National Park and Preserve announced on Monday the 12 filled-out brown bears participating in the online, playoff-style tournament this year. While all these fattened bears are true champions in their harsh natural realm, the contest has proven a brilliant way for people globally to appreciate the wonders of the wild — and the myriad benefits of conservation.

Katmai’s bears, livestreamed on the explore.org webcams, exploited rich runs of sockeye salmon swimming up the park’s Brooks River in 2021. The proof is in the pudding.

“They are pretty massive,” Naomi Boak, the media ranger at Katmai National Park and Preserve who spent the summer observing the bears, told Mashable. “They are looking heavy.”

“They are pretty massive.”

The Fat Bear Week contest is particularly intriguing because many of the bears, having found repeated success in Katmai’s salmon-rich rivers, return each summer. Park biologists and park bear experts learn the unique life stories of these bears. We know which fat bears are the most dominant, which mothers successfully raised many cubs, and which bears overcame life-threatening challenges to succeed.

For example, one of the veteran fat bear contenders, bear 480 “Otis,” is a strong contender this year. At around a quarter-century in age and missing many teeth, he’s perhaps the oldest bear of the river (and might be the most well-known bear on Earth for his steadfast salmon fishing on the explore.org cameras). Yet Otis made an unusually late July appearance at the river this year, leading some to worry if the old bear might not return at all.

He eventually did, looking gaunt. But he rapidly packed on the pounds.

“He’s certainly made up for lost time,” Mike Fitz, a former Katmai park ranger and currently a resident naturalist for explore.org, told Mashable. “He’s gained an incredible amount of body mass in about seven weeks.”

Below are the fat Katmai bears that will compete with Otis this year. Voting starts on Sept 29. on the explore.org website, and lasts through Oct. 5 (You can vote 12 p.m. to 9  p.m. ET / 9 a.m. – 6 p.m. PT). Also included are some images of these fattened-up bears. You can see and read about each contender on explore.org, too.

These aren’t just really fat bears. They’re almost certainly some of the largest, fattest, most successful brown bears on Earth. For much of their lives, and particularly in the last half-decade, these bears have continually feasted on bountiful salmon runs. Many of these bears hibernate with sufficient stores of fat, and then reemerge in good shape — and again begin feasting on salmon.

“I think we’re seeing large healthy bears as a product of a healthy river for the last five years or so,” explained Boak. “They were born into a river of plenty and they’ve benefited from that.”

In this year’s competition, all the fat bears will again have to reckon with last year’s Fat Bear Week champ, bear 747. A past ranger described him as “more hippopotamus than bear.” “He’s the fattest and largest bear I’ve ever seen,” the naturalist Fitz told Mashable last year. “I feel a special bit of privilege to witness a bear as big as he.”

This year, it appears he’s just as fat.

“747 looked like he was ready to hibernate in July,” noted Boak.