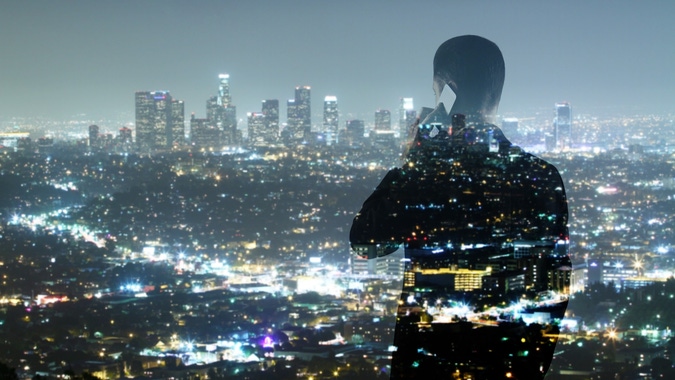 By Karla M. López Ruelas, Director of Business Development of the Israel Commercial Office in Mexico

Cities are symbols of modernity, progress, development and also chaos. The mobility crisis, poor management of public services, precarious urban planning and insecurity make the efforts of public administration in cities inefficient. But if we stick to the phrase that ‘we are all part of the problem’, we are all part of the solution. These aforementioned problems are creating a crisis that questions the future of cities and our lifestyle, since the speed at which cities are growing stops taking into account the experience of a person, that is, we are facing a phenomenon of dehumanization of the processes. However, this exacerbated and unplanned development also creates a niche of opportunity in different verticals due to a single component: technology.

‘Smart city’ is a term that has been prostituted and assigned to a connected city, but it is a much broader and more complex concept: a smart city is one that through information technologies is capable of responding quickly and effectively to the citizen . The transformation of cities to a smart city involves lighting issues; physical and cyberspace security; network connectivity; traffic management and alternatives for mobility; development of critical infrastructure; water management and public services; environmental care; and education.

Israel has led the creation of smart city projects based on the urban crises afflicting the country. Its capital, Jerusalem, is a city that by nature has become a smart and safe city because of what it represents for the three most important religions in the world and the political-social clashes that this entails.

Smart cities have become the promise of development to face the most pressing challenges of large cities in Mexico. But in the quest to capitalize on “smart cities” as a political positioning asset and execute them expeditiously, state and local governments have embarked on developing projects without the basic technical and specialized knowledge to develop a sustainable strategic plan, independent of the change of administration and public agenda.

In this sense, it is worth contrasting and highlighting the process of creating smart cities in Israel, which has been based, not exhaustively but constantly, on five main pillars:

Planning: since a smart city is such a broad concept, it is necessary to plan. This involves detecting the primary need and setting goals. Based on this diagnosis, it is necessary to make an analysis of the current factors, the personnel and inventory of the existing technology to draw an operation route with a feasible and sustainable budget in the long term. The value proposition of Israeli companies in Mexico specialized in the creation of smart cities projects focuses on a primary diagnosis, followed by a prioritization of real needs and budgets. In turn, this type of logic allows the creation of modular projects because they allow the integration of information and communication technologies to existing teams, as well as new tools in the future, supporting the development of the following pillars.

Citizens: one of the biggest crises today is the distrust of citizens towards their representatives. In this sense, technology can play a key role in bringing these two spheres closer together, since smart cities, through their tools, allow the creation of comprehensive projects in collaboration with citizens for their own benefit and with a better use of the treasury. Examples of projects carried out by Israeli companies are mobile community security centers and ‘Citizen Eye’, a project that allowed the connectivity of private property security cameras to a state C4, increasing control levels without an investment cost for the state. In turn, this type of project in cooperation with citizens increased the levels of trust in the Mexican authorities, as well as the perception of security.

Technology: talking about smart cities implies talking about many smart components. From cameras and security arches to IoT devices, the implementation of technology in city management makes it possible to unify all mobile, cyber, IT and physical assets to present a complete image in real time and have control of all types of incidents. In turn, this intelligent control of incidents allows better use of police resources, mobility infrastructure, water networks, energy consumption, etc.

Methodology: investing in technology implies investing in the development of human capital. This key factor requires an evaluation of the work teams to contemplate what methodological tools are necessary for the operation of these new technologies. Self-criticism of the strategies proposed is essential to obtain better results through alternative routes and strategies. Israeli companies consider the human factor as one of the most important, so within their business proposals is the accompaniment and training of personnel in the adoption of technologies.

Innovation: technology adoption is a process and reaching digital maturity does not in any way mean stopping innovating. There is no end point. The natural relationship of a problem-solution will always be the same, because as one part is solved, another greater need will arise and then a solution to it. It is about cities optimizing their infrastructure and pursuing its sustainability through technology and its constant improvement.

The development of a smart city is a dynamic process because it is based on the needs, never static and growing, of a given city. Faced with an upward trend in rural migration to cities and the creation of megacities, implementing technology that allows efficient and intelligent management of resources is no longer an option, but an imperative. In Mexico, in addition to the capital, cities such as Puebla, Monterrey, Guadalajara, Tijuana, among others, are increasingly affected by traffic, pollution, homelessness, insecurity, as well as the lack of infrastructure and alternatives. for mobility.

According to the Mckinsey study ‘Smart cities: digital solutions for a more livable future’, smart cities can reduce deaths by 10%, accelerate emergency responses by 35%, decrease the time in daily commutes of people by 20% , reduce the burden on the health sector due to diseases by 15% and cut greenhouse gas emissions by another 15%. Israel, with a well-established foundation on current problems and a vision of self-assessment-self-criticism, through more than 300 companies specialized in smart cities, is in a unique position to offer solutions to Mexico and the international community in the face of crisis of the cities.