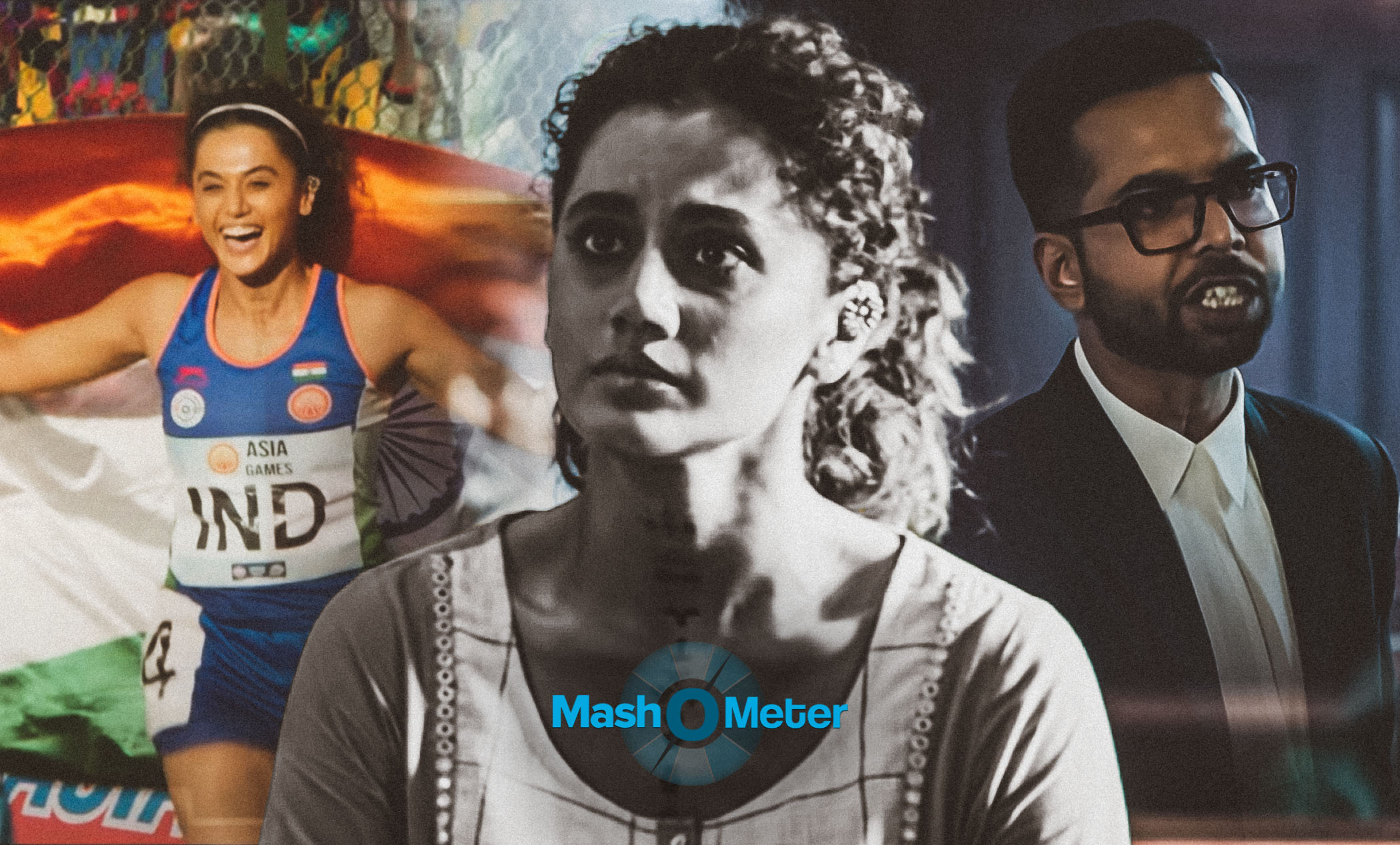 Taapsee Pannu has a knack for picking just the right scripts and she has proved it again by shouldering Rashmi Rocket which also stars Priyanshu Painyuli, Abhishek Banerjee and Supriya Pathak. The film is written by Aniruddha Guha and Kanika Dhillon is directed by Akarsh Khurana of Mismatched fame. And is a timely tale that revolves around track fields, courtroom and women issues. One where Rashmi (Pannu), an athlete gets barred from running because she fails the flawed gender test and is reduced to a salacious headline in the news. But she decides to take the system head one with the help of her lawyer Eeshit (Banerjee) who does a fine job of exposing the inequalities that sportswomen have to endure. It is safe to say that the movie is a part sports and part court drama that manages to subvert genre tropes and is inspiring without trying to be preachy. In fact, unlike its contemporaries, it doesn’t suffer from the underdog syndrome. With strong performances led by Pannu and a well-written screenplay, the film does justice to the issues it raises and challenges. However, it also generalizes the subject for mass appeal, compromising the gravity of it all. It even takes some time to take off and soar high with but the second half makes up for the unevenness by weaving it into the narrative. But is it worth the watch? Find out in the review below.

I was pretty excited after watching the trailer of Rashmi Rocket because it was not cut from the same cloth that Bollywood infamously tailors the many sports biopics it churns out on a yearly basis. It doesn’t sell the story of struggle like its contemporaries but shines a light on a mostly unknown hurdle of gender verification testing and hyperandrogenism. And boy, does it deliver! Taapsee Pannu leads the front with a strong performance; she has already played an athlete in a film before (and will be soon seen in another one) and also marked her presence in emotionally charged courtrooms. But this time around, she lets her steely presence and grit do the talking for her. That and her incredible physical transformation that one can’t stop admiring. And the best is that the film packs much more than that. Much more than what the trailer lets out.

The film sets the tone right from the beginning, opening up the storm it promises to stir. When Pannu’s Rashmi zooms by on her bike, a neighborhood uncle asks another ‘chora hai ya chori?’ And it is exactly the kind of questions that material tries to discourage. But it gets unpacked only once we get to see why she is called Rocket by anyone and everyone who knows her. That and why she never pursued running professionally. But soon she meets a fauji Priyanshu Painyuli who pushes her go her to get back on track. And she does.. She even makes her way to the national team and wins medals for the country. However, a failed gender test not only gets her banned but also reduces her to a national shame. All that is covered in the trailer but even while the premise is already established, the Akarsh Khurana directorial offers a rather engaging and inspiring watch without getting preachy or dramatic. And that says a lot. It isn’t your usual underdog that becomes the champion story but the story of an independent and fierce woman jo kisiki bhi nahi sunti.. But woh apni sunti hai. Woh bahut badi baat hai in a country like India where a woman has to go through trials and tribulations to prove herself at every point. A country that even demanded a chastity test from the Goddess it worships. So, the plight of a woman in a male-run organization can only be imagined. However, the film never portrays them as sad victims, it doesn’t play the ‘woman card’. Instead, it is a feminist film without being tokenistic.

It is possible because of the strong performance by the entire ensemble and especially Pannu. Pannu is great per usual but let’s take a moment to talk about the choices she is making as an actress. From physical transformation to sinking teeth into the character metaphorically, the actress has executed it to the T.

She is also supported by Priyanshu Painyuli. They share great chemistry that doesn’t seem forced and keeps you invested. There aren’t sparks flying but it seems grounded and dependable.

But things are amped a notch when Abhishek Banerjee makes his way and with his game-changing act that doesn’t just lift the material but also took it to another level. His wry humor and comic timing in even serious scenes are like a breath of fresh air, mellowing charged court trials, leaving one with a bigger takeaway – a smile/smirk. He is incomparable to other lawyers in the same space because the character is written with vulnerabilities and eccentricities intact.

The writing comes out flawlessly during the court trials. In a way, it’s a sports drama and a courtroom drama at the same time and the film subverts genre tropes and surprises you when you least expect it. It not only takes on the archaic process that is the gender verification testing and hyperandrogenism has troubled female athletes and ruined careers but also makes a solid case against patriarchal and misogynistic notions that dares to measure femininity with meager yardsticks. A woman doesn’t have to be a wife or a mother to be woman enough. And the movie, subtly, drives the point home with to-the-point dialogues. The dialogues even reflect the research that has gone behind the making of the project.

However, the film isn’t without its faults. It takes time before taking off among other things. There are certain sequences that seem hurried and patched up at the last minute to not miss things on the checklist. In fact, the generalization of the subject and complex issue to make it more appealing and suitable for the masses compromises finer nuances. Also if the makers were going there, they need not have dressed Rashmi in androgynous clothes only to doll her up in a ghagra choli for an irrelevant song. Not that she is not allowed to be gender fluid in her sartorial choices but it seemed convenient that the no-make-up wearing Rashmi would flaunt her kohl-rimmed eyes at the first opportunity to mingle with the on-screen romantic interest.

Nothing can take away from the fact that Rashmi Rocket is another timely and relevant issue-based film by Taapsee Pannu that also doubles up as a sports and courtroom drama. What more can one ask for?

Rashmi Rocket is all set to release on Zee5 on October 15.