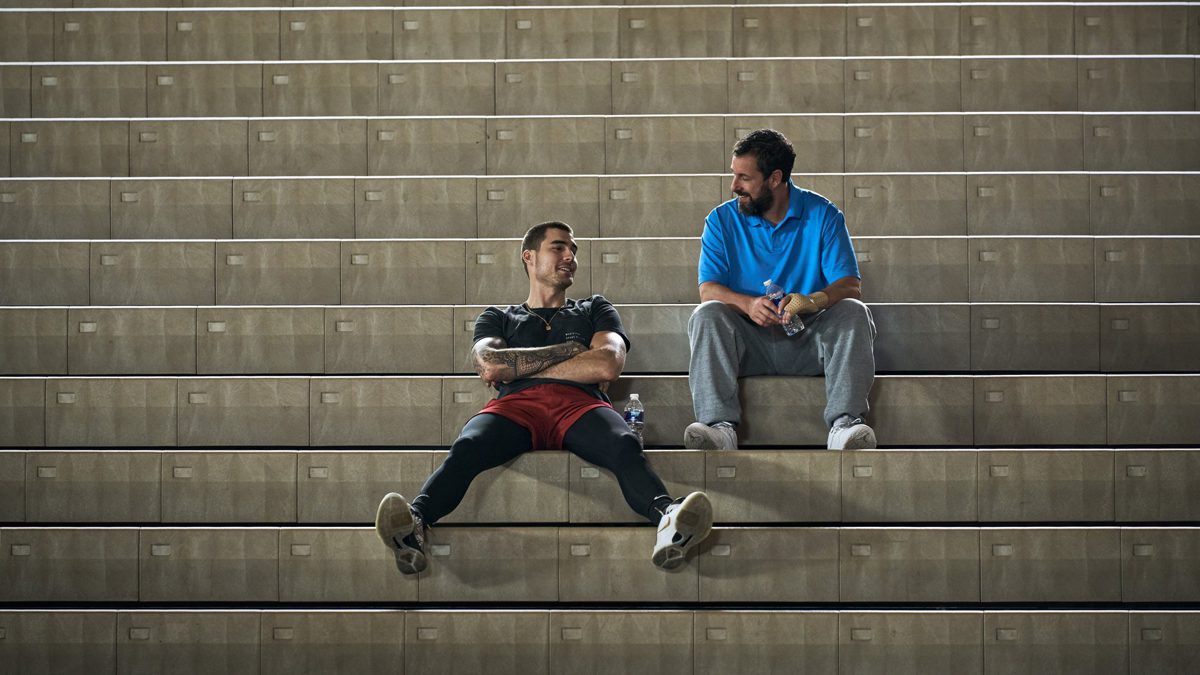 So, what’s everyone been watching this week?

Each week, the most popular streamed movies come down to a few things — sheer buzz, smart marketing and PR campaigns, star power, critical acclaim, or a slow burn, word-of-mouth phenomenon that leads uninterested people to finally watch it out of spite. Just to get a sense of what everyone’s streaming, we’ve used data from streaming aggregator Reelgood, which gathers those coveted viewership numbers from hundreds of streaming services in the U.S. and UK.

People are heading back to the originals with Top Gun: Maverick and Jurassic World: Dominion in cinemas, but there are some newcomers to the top list, including Adam Sandler’s new Netflix film to Oscar Isaac’s stint as a poker player haunted by his past.

But just because a lot of people are watching something doesn’t make it…good. Here they are, the 10 most streamed films of the week, where to watch them, and what Mashable critics thought.

If you feel the need for speed enough to go and see the new Top Gun: Maverick, you’re probably revisiting the original at home. Stacked with a Kenny Loggins-fuelled soundtrack and That Volleyball Scene, Tony Scott’s 1986 elite fighter pilot action classic is taking streamers back to the danger zone.

What we thought (of Top Gun: Maverick not the OG): How do you bring an action hero from the ’80s into the 2020s without him feeling like a fossil? Incredibly, the team behind Top Gun: Maverick has managed it. — Kristy Puchko, Deputy Entertainment Editor

How to watch: Top Gun (the original) is now streaming on Prime Video and Paramount+.

Adam Sandler’s new Netflix movie, Hustle, has gone straight to the top of the queue for a lot of you. Sandler plays Stanley Sugerman, an NBA scout who travels to Spain and discovers Bo Cruz, played by Juancho Hernangómez, a talented player who has some baggage in his past. I’s going to be more complicated than Stanley thought to bring Bo into his NBA team.

How to watch: Hustle is now streaming on Netflix.

Robert Eggers’ Viking epic has hit streaming, with plenty of folks sitting down to embark upon the bloody Nordic tale of Prince Amleth (Alexander Skarsgård) on his fate-determined quest to avenge the murder of his father, King Aurvandil War-Raven (Ethan Hawke) by his uncle Fjölnir (Claes Bang), and be reunited with his mother, Queen Gudrún (Nicole Kidman).

What we thought: With The Northman, Eggers explores the myths of Vikings in a historical epic that is star-stuffed, action-packed, and yet far from the crowd-pleasing likes of Gladiator. — K.P.

How to watch: The Northman is now streaming on Peacock.

With the latest chapter of the Jurassic World trilogy hitting cinemas, folks are returning to the second, streaming Jurassic World: Fallen Kingdom this week. This is the one where the U.S. Senate is debating whether or not to save the dinosaurs from a catastrophic volcanic eruption on Isla Nublar, where Jurassic World closed in the first one after the shit hit the fan. It’s gonna be one hell of a logistics exercise.

What we thought: Moment-to-moment, Jurassic World can be pleasantly odd. Chris Pratt gets to show off his physical comedy chops all too briefly, in a scene that seems inspired by Leonardo DiCaprio’s Wolf of Wall Street crawl. And whatever else you think of the much-ballyhooed Indoraptor, there’s no denying she’s got a flair for drama. I swear she winked in one of her scenes. — Angie Han, former Deputy Entertainment Editor

How to watch: Jurassic World: Fallen Kingdom is now streaming on fuboTV.

The first one of the World trilogy, set roughly 20 years after third Jurassic Park film, and in which the concept of a dino park is resurrected yet again on the same island off Costa Rica. It does not go well.

How to watch: Jurassic World is now streaming on Spectrum.

True story, on a recent flight, I took one look around the plane on an aisle walk and saw almost every single screen watching Robert Zemeckis’ The Lost City. Sandra Bullock, Channing Tatum, and Daniel Radcliffe star in this action-adventure romantic-comedy hinged around a romance novelist and her book’s cover model who find themselves on an island in the Atlantic on a quest to find a mythic crown.

What we thought: The Lost City perseveres through a barrage of half-hearted bits and bungled punchlines, becoming an adventure that’s inoffensively entertaining and easy enough to enjoy. — K.P.

How to watch: The Lost City is now streaming on Paramount+.

What we thought: No Time To Die is, first and foremost, a triumphant last lap for Daniel Craig that closes an especially wonderful stretch of Ian Fleming’s long-lasting legacy. It’s not perfect, but it bravely explores its source material in a way that will make you fall in love all over again. The only question: Does Bond deserve it? — Alison Foreman, former Entertainment Reporter

How to watch: No Time to Die is now streaming on Prime Video.

Oscar Isaac plays a former military interrogator turned poker player in The Card Counter, written and directed by Paul Schrader and produced by Martin Scorsese, and also starring Tiffany Haddish, Tye Sheridan, and Willem Dafoe. Haunted by his past, William Tell (Isaac) gets an opportunity to get revenge on someone, with many a card game in store on the way. The film released in September and has just hit streaming.

How to watch: The Card Counter is now streaming on HBO Max.

After premiering at this year’s Sundance Film Festival, director Carey Williams’ Emergency has hit streaming on Prime Video. Best friends and college seniors Kunle (Donald Elise Watkins) and Sean (RJ Cyler) plan to hit a string of Spring Break parties but find their apartment door absent-mindedly left open by their roommate, Carlos (Sebastian Chacon), who is playing video games with headphones on. No one knows how she got there, but there’s a white young woman, Emma (Maddie Nichols), semiconscious on the floor. Should they call the cops? As two Black men and one Latino man, they’re concerned about what the police will think and do. What the three decide to do to make sure Emma is safe but far from their apartment will have them racing all over town.

How to watch: Emergency is now streaming on Prime Video.

The third Fantastic Beasts instalment, following Fantastic Beasts and Where to Find Them and The Crimes of Grindelwald, The Secrets of Dumbledore is yet another cinematic release to hit streaming. In this film, a young Albus Dumbledore (Jude Law) and Newt Scamander (Eddie Redmayne) and their wizard and witch pals must thwart the evil plans of dark wizard Gellert Grindelwald’s (now Mads Mikkelsen).

What we thought: If I wanted to watch the wizarding world unite against a Muggle-hating dark wizard, I’d just watch the original Harry Potter films instead. You might as well do the same. — Belen Edwards, Entertainment Reporter

How to watch: Fantastic Beasts: The Secrets of Dumbledore is now streaming on HBO Max.