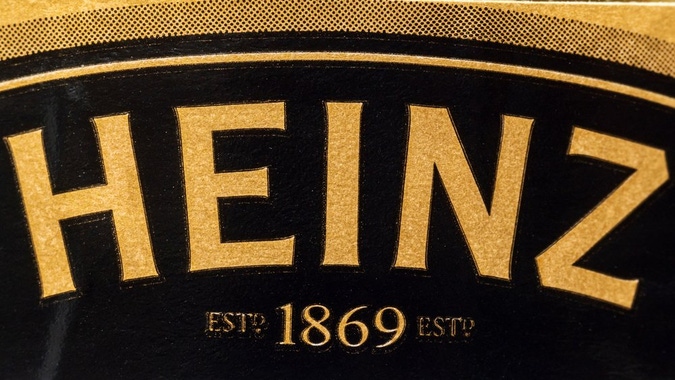 Kraft Heinz Is A Tasty Treat For Dividend Growth Investors

We’ve been interested in The Kraft Heinz Company (NASDAQ: KHC) for several years now and it looks like another great time to buy some shares. We’ve compiled a list of 7 factors that make this stock a highly attractive target now and for years into the future. If you’re looking for a deep value, high-yield stock on the cusp of years of growth and dividend growth, Kraft Heinz is a great choice.

In regards to the yield, Kraft Heinz is among the highest yielding stocks in the group as well as being among the best values. Shares of KHC yield about 4.35% compared to the 1.28% average for the S&P 500 and a range of 1.6% to 2.8% for most of its peers. General Mills is yielding about 3.4% but even it trades at a slightly higher valuation than Kraft Heinz.

Kraft Heinz has been working hard for the past several years to streamline its portfolio, trim underperforming assets, improve the balance sheet, and position itself for growth. Those efforts have been paying off and have the company poised for core growth in its continuing operations and new acquisitions. Evidence of this work lies in the recent acquisition of Brazilian company Hemmer. Hemmer is a sauce and condiments company that will help Kraft Heinz not only expand into a very large market but gain a strong foothold in Latin America. The balance sheet it’s still carrying quite a bit of debt but the financial trend is positive, cash levels remain high, and coverage is positive. The debt levels may not come down much over the next few quarters due to acquisitions but ultimately, this will lead to enhanced revenue and earnings growth down the road.

The SEC came to a settlement with Kraft Heinz over alleged wrongdoings by two of its former executives. The executives were charged with a long-running scheme that eventually led to a restatement of earnings. That restatement of earnings sparked a massive decline in share prices that helped to set up the opportunity facing us today. Without admitting any wrongdoing, Kraft Heinz settled the case with a $62 million civil penalty that we view as a pittance.  A lawsuit related to the stock drop brought on by shareholders was dismissed as well.

#6 Kraft Heinz Has Dividend Growth In Its Outlook

The outlook is still a little hazy but we believe Kraft Heinz has dividend growth in its outlook. It may take several quarters to a few years before we see one, but the company is on track for improved profitability that supports the idea of both balance sheet improvement and dividend increases. Although it has been a few years since the last increase, and Kraft Heinz made a cut since then, the company is ultimately a dividend grower like most of its peers. We fully expect that when the board feels the time is right this company will hike its payout.

#7  The Technical Outlook: Kraft Heinz Is In A Major Reversal

The Kraft Heinz story is all the sweeter because the technical outlook matches the fundamental outlook. The company is emerging from a dark time stronger than before and ready to grow again and that can be seen in the charts. The market capitulated in 2019 when financials were restated, price action has since formed a bottom and reversed and is now retesting support near the $35 to $36 level. Based on the outlook, we see the stock trading sideways at a minimum but ultimately moving higher. The company is scheduled to report earnings on October 29th and that could be the catalyst to really get it moving higher. Either way, in our view, based on the value, the dividend, the turnaround, and the outlook for growth we see this stock moving up by triple digits and possibly cross the 200% market over the next one to two years.