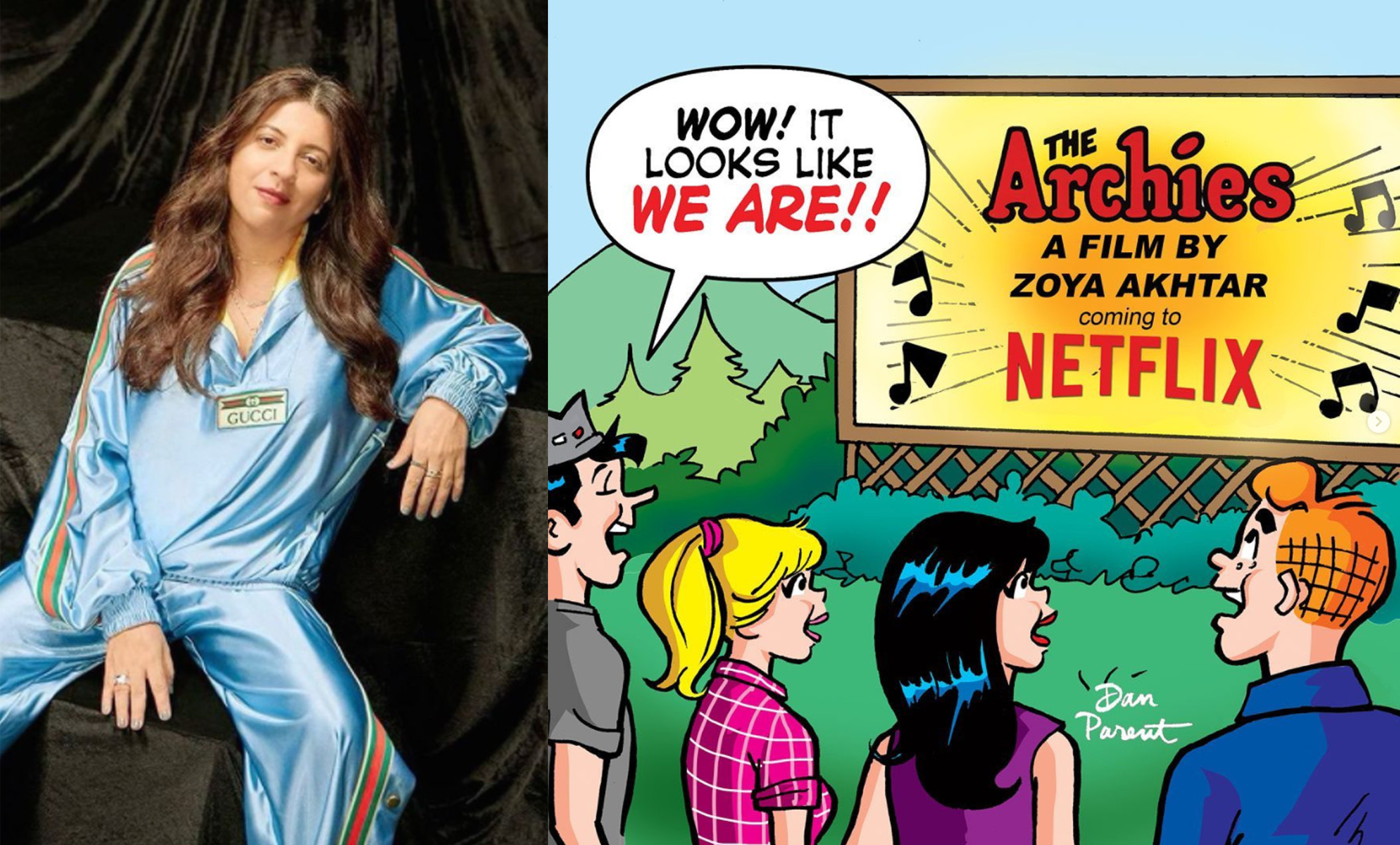 And it’s finally happening! Zoya Akhtar who was working on an Archie comics adaptation for streaming giant Netflix has announced her next directorial, a coming-of-age and live-action musical drama. Titled The Archies, the film is obviously based on fan-favorite Archie comics and its characters Archie Andrews including his friends Jughead, Betty, Veronica. Earlier, it was reported that Akhtar is looking for fresh faces for the same and has zeroed in on Shah Rukh Khan’s daughter Suhana Khan, which would ultimately mark her big Bollywood debut.

Now, while the cast has not been announced yet, the filmmaker took to social media to confirm that “Archie and the Crew are about to get Down and Desi!” Needless to say, it came with its own comics.

Talking about the project, Zoya Akhtar said, “I am super excited to have the chance to bring The Archies to life. It was a large part of my childhood and teenage years. The characters are iconic and globally loved, which is also why I am a little nervous.” “I have to make sure the film stokes the nostalgia of a generation that grew up on the comic and yet resonates with the young adults today,” she added.

Meanwhile, Archie Comics CEO/Publisher Jon Goldwater stated that it is a huge pride that Archie and his stories still resonate with fans globally. “We are thrilled to partner with Netflix and trust Zoya Akhtar and her creative team to deliver a truly unique and exciting take on Archie and friends through the lens of Indian cinema. We know that these characters have global appeal and translating them into other settings and cultures is just the start of what we have planned for future multimedia adaptations.”

It is also being said that the story will revolve around Reggie, Jughead, Betty, Veronica, Moose, Midge, Dilton, Big Ethel, Mr. Lodge, Miss Grundy, Pop Tate, Mr. Weatherbee, Smithers, Stevens among other fictional characters of Riverdale High School. Earlier a source had told Pinkvilla “It’s a teenage story and she has been on the lookout to get multiple young actors on board to play a bunch of friends. While casting is still underway, she has found one of her central characters in Shah Rukh Khan’s daughter, Suhana. While Suhana has done a couple of short films before, Archie would mark her official foray into the world of show-biz.”

However, according to latest reports Suhana Khan might not be the only one foraying into the world of showbiz with the Akhtar directorial. And there is a possibility that Sridevi and Boney Kapoor’s younger daughter Khushi Kapoor and Amitabh Bachchan’s grandson Agastya Nanda will make their debut with the film. Rumours are also rife that Ibrahim Ali Khan might come on board too. Of course, nothing has been confirmed yet, but here’s to hoping anyway!