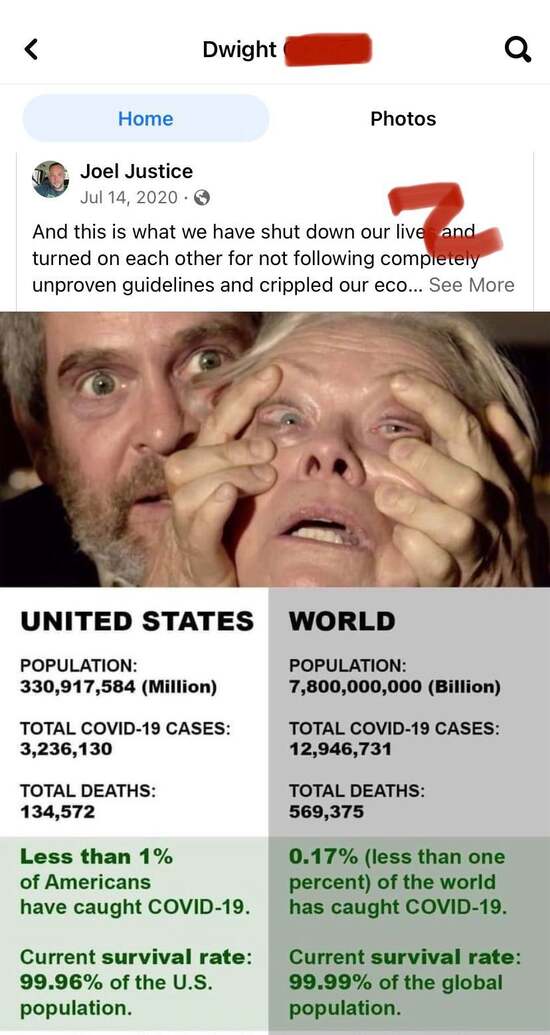 Not only was this a stupid meme, assuming what, that the virus had stopped spreading?

But it can’t even do math properly. For the U.S. column, that’s a 4.16% fatality rate, which should’ve been utterly terrifying. It’s an even higher 4.4% on the world side.

So the Confederate Flag was all about Jesus slavery?

We must fight for the Constitutional rights of all cartoons!

I bet you WON’T repost!

So … Joe Biden is a failed criminal?

That’s a new one.

Anyone shocked that someone who supports the flag of sedition would support the act of sedition?

He’s not going to let those women of color socialist communists try to save his life!

Phew. Survived! Maybe time for some redemption? A week in the hospital with respiratory problems could not have been fun.

That’s his reaction to surviving a bout with COVID? Attacking Pelosi and China?

Some of these are so sudden. He’s in the hospital! A week later he’s home! Posts idiotic meme! BAM!

He thought he had survived, that he was in the clear, that he could go back to mocking the disease and the politicians urging everyone to vaccinate—even the most racist, sexist assholes among us. Everyone.

Instead, there’s no redemption. No silver lining. Just another devastated family trying to figure out “what has happened” when the answer has been there all along:

Listen to those women of color—and Nancy Pelosi.