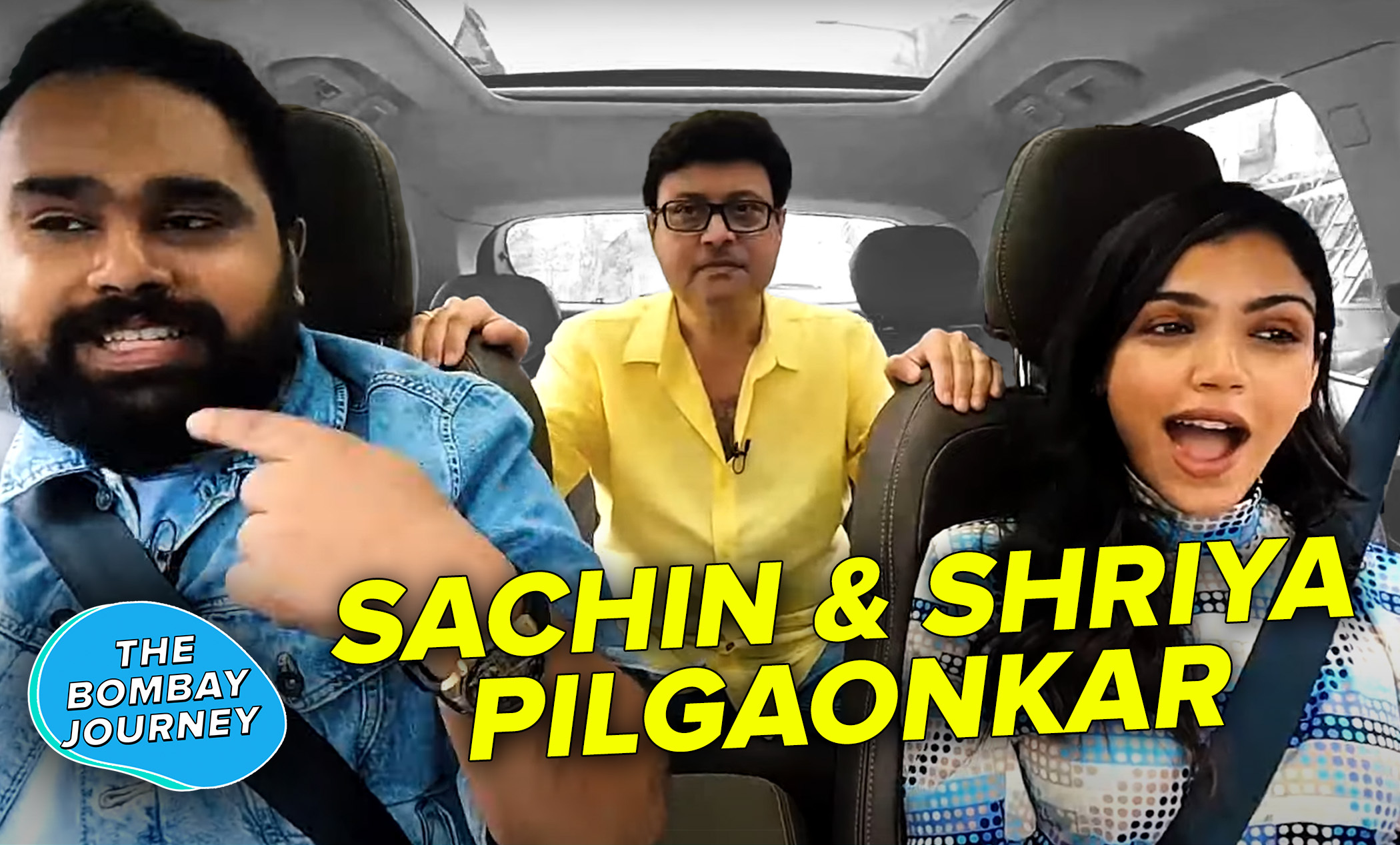 Sachin Pilgaonkar needs no introduction. The veteran actor who bagged a National Award as a child actor at the mere age of 5, is multi-faceted and is a jack of all trades. A skilled singer and gifted director, Pilgaonkar truly represents the tribe of artists in its truest definition. And this episode of The Bombay Journey, we get to see every facet of his charming personality up close, all thanks to Mirzapur fame actor and his daughter Shriya Pilgaonkar. The baap-beti duo set the house (in this case car) on fire with their musical jugalbandi and funny anecdotes. In fact, we get the story behind the making of Pancham da’s evergreen song Ek Main Aur Ek Tu, among other things, and you’ll have to watch it to believe it.

So how does a filmy family function? It’s not always work; sometimes it’s the most banal things assures Shriya, talking about co-star (they have worked on a few commercials together) and mum Supriya Pilgaonkar. Of course there are days when they exchange notes on scripts but it is always followed by their shared interest of food and trying different cuisines.

While Pilgaonkar Sr. who is nearing the 60 years mark in the industry sheared snippets from his illustrious career including the story behind him bagging Ramesh Sippy’s Sholay, Pilgaonkar Jr. who technically marked her first in front of the camera with her parents’ Tu Tu Main Main opens up about her debut experience with Fan alongside none other than, Shah Rukh Khan. Not just that, she also spills beans on doing Mirzapur and how it felt bad when one scene she shot for didn’t make it to the final cut. Oh, BTW she has heard all those fan theories as to how Sweety is still alive. Watch all that and more here.