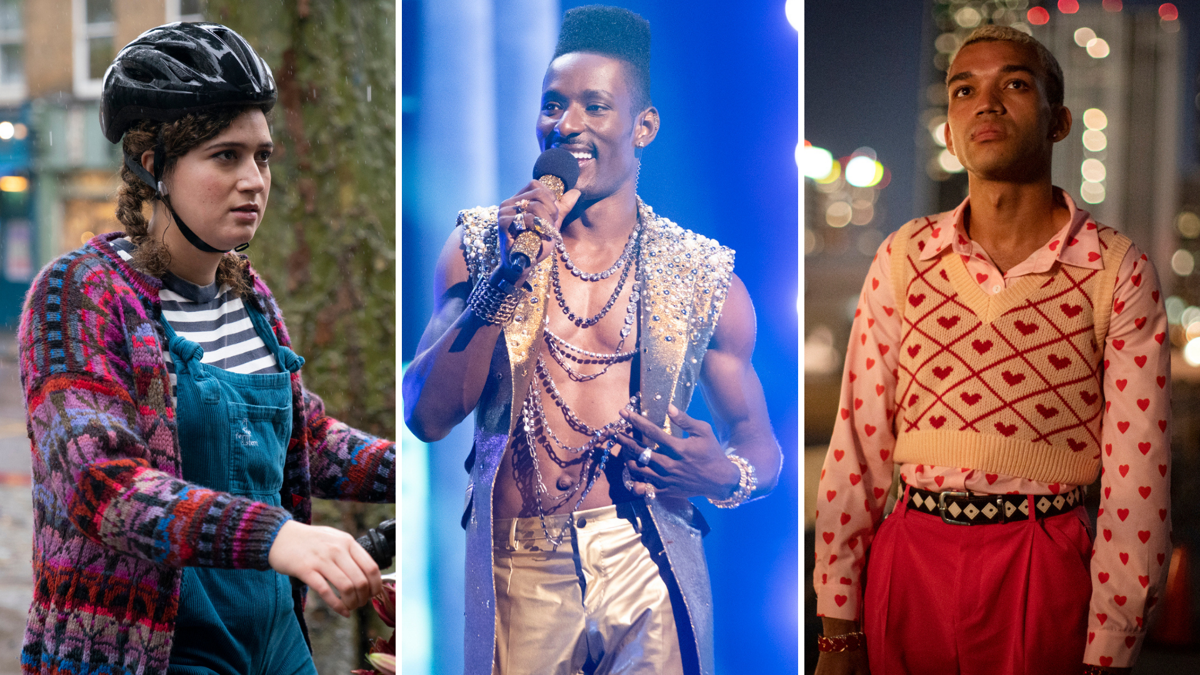 If you’re still not sure of the difference between HBO and HBO Max…don’t worry about it. All you need to know is that HBO Max has your favorite originals and so much more in its sprawling library of movies and TV shows. After just a year-and-a-half on the market, HBO Max has become an essential streaming service, and we’re obsessed with its original shows.

What constitutes an HBO Max original? That’s tricky, since the app includes any and all HBO shows, but we’re not about to make another list telling you to watch The Sopranos and Game of Thrones (not after that finale, anyway). To qualify for this list, shows had to air at least one season since the launch of HBO Max in May 2020 — which still left plenty of excellent options.

From the very first episode that premiered on TBS in 2016, Search Party was immediately more brilliant — more thought-provoking, hilarious, and sardonic — than it had any right to be. Dory Sief (Alia Shawkat) is desperate to feel important, and she finds a perverse sense of purpose in pursuing a missing high school classmate. The case of the missing girl engulfs Dory and her entitled millennial friend group, leading to murder, subterfuge, kidnapping, and the complete destruction — or reveal — of Dory’s identity.

How to watch: Search Party is streaming on HBO Max.

Imagine a superhero team as group therapy and that’s basically Doom Patrol, which collects some of the strangest and saddest super-powered characters you’ve ever met and then sits back and watches as they work through their issues with each other, the world, and most especially themselves. But an endless sob fest this is not: As seriously as Doom Patrol takes its characters’ trauma, it’s also darkly hilarious, with a sardonic sense of humor and a willingness to embrace whatever bizarre shit gets thrown at it — vengeful rats, interdimensional donkey portals, teleporting sentient streets, and all. —Angie Han, Deputy Entertainment Editor*

How to watch: Doom Patrol is streaming on HBO Max.

From uneven pacing to clunky scripting, HBO Max’s new series Generation is hugely imperfect as a series. Still, there’s no denying the show has dazzling elements with shining LGBTQ representation. For one thing, the lead performance of Justice Smith as an out-and-proud gay jock named Chester is ridiculously watchable. What’s more, the lesbian romance between characters played by Haley Sanchez and Chase Sui Wonders is straight-up swoon-worthy. Enjoy this one for what it does well, especially since we don’t know about a Season 2 yet. —Alison Foreman, Entertainment Reporter*

Where to watch: Generation is streaming on HBO Max.

The Other Two is a hilarious (and criminally underrated) satire of show business created by former Saturday Night Live head writers Chris Kelly and Sarah Schneider. When siblings Cary and Brooke Dubek (Drew Tarver and Heléne Yorke, both excellent) discover that their younger brother Chase (Case Walker) has become an overnight teen pop sensation, they do their best to help him navigate stardom – and try to figure out how to use his fame to boost their own stalling careers.In Kelly and Schneider’s capable hands, what could have been a one-note comedy about sibling jealousy becomes a show where the dramatic payoff is just as resonant as the many, many jokes. Come for all the pop culture references (including the best Call Me By Your Name parody ever put to film), stay for the emotional turmoil of the Dubek family. — Belen Edwards, Entertainment Fellow*

How to watch: The Other Two is now streaming on HBO Max.

When flight attendant Cassie (Kaley Cuoco) wakes up in bed with a passenger she slept with, maybe things might be okay. Oh, who are we kidding — the mystery death takes a sharp, dark toll on Cassie’s life, making her an immediate suspect for fleeing the murder scene and being the last to see Alex (Michael Huisman) before he died. Developed by Steve Yockey and based on the novel by Chris Bohjalian, The Flight Attendant is a thrilling, sexy ride with plenty of gasp-worthy twists as Alex’s murder snowballs out of control. Come for Rosie Perez, stay for Michelle Gomez, and hold your breath every episode for Cassie to make it out alive. —P.K.

Where to watch: The Flight Attendant is now streaming on HBO Max.

Hacks is many things: an incredible vehicle for Jean Smart; a provocative piece about the business of comedy; an odd-couple two-hander about work relationships that become all-consuming.

The show, about a falling star older comedian (Smart) and the once-hot, now-blacklisted writer (Hannah Einbinder) that begins to work with her on her Las Vegas standup act, is snappy and smart, with plenty to say about women who never got their due. It could easily have turned into a screed against Gen Z or Boomers, but instead, Hacks (which was co-created by Lucia Aniello, Paul W. Downs, and Jen Statsky) is a thoughtful exploration of change and comedy, engaging to both those who know a lot about the inside of Hollywood as well as those who look on from afar. The show is engrossing and funny — a weekend binge you’ll be thinking about far after the surprising and stirring final moments. — Erin Strecker, Entertainment Editor*

How to watch: Hacks is now streaming on HBO Max.

Climb aboard the Infinity Train! It’s got everything — crystal forests, alien nightclubs, a giant Pig Baby voiced by J.K. Simmons, and a healthy dash of existential dread. Every car of this never-ending train contains its own unique world, making for a show that is boundlessly creative and a visual treat. However, it’s not all fun and games: Passengers on the train face tests and puzzles designed to help them work through their troubles in the outside world. If they refuse to learn and change, they risk being stuck on the train forever.

Each season of Infinity Train follows a different passenger, resulting in four different stories that are equal parts funny, mysterious, heartfelt, and soul-crushing. Without spoiling any of the train’s secrets, let’s just say that when you watch Infinity Train, you’re in for the ride of your life. — B.E.*

How to watch: Infinity Train is streaming on HBO Max.

With dance icon Dashaun Wesley serving as master of ceremonies, Legendary explores the high-stakes world of ballroom — a once-underground LGBTQ subculture dating back to the 19th century. Across two seasons, hyper-talented dance teams or “houses” come together to meet the performance and fashion challenges of judges Leiomy Maldonado, Law Roach, Jameela Jamil, and Megan Thee Stallion. Yes, it’s an essential preservation of LGBTQ culture, but it’s also one of the most jaw-droppingly spectacular reality series out there. The talent on display is dynamic and inspiring — so much so, you’ll probably end up doing some voguing of your own. —A.F.*

Where to watch: Legendary is streaming on HBO Max.

On its surface, Starstruck is a cheeky romcom spoof based on a popular fantasy: A hot celebrity falls in love with one of us normals. But in the hands of creators Rose Matafeo and Alice Snedden, the romance and embarrassment of Jessie’s life (Matafeo) provide endless laughs and emotional butterflies. Matefeo is a lovable, authentic mess and Nikesh Patel nails the inherent fragility of the wildly attractive and famous. By the end you’ll root for them not because you see yourself in the fantasy, but because something about this just works. —P.K.

Where to watch: Starstruck is now streaming on HBO Max.

Here at Mashable, we stan Muppets of every fabric and falsetto — but who doesn’t have a soft spot for Elmo? In the Sesame Street star’s first-ever talk show, Muppets and celebrity guests come together to tell jokes, sing songs, and honor the importance of bedtime. Supremely adorable, laugh-out-loud funny, and just 15 minutes an episode, The Not-Too-Late Show is an essential addition to your nightly ritual no matter how long you’ve been out of the series’ target demographic. —A.F.*

Where to watch: The Not-Too-Late Show with Elmo is now streaming on HBO Max.

(*) denotes write up comes from a previous Mashable list.

‘Roblox’ Is Hosting A Lil Nas X Concert This Saturday