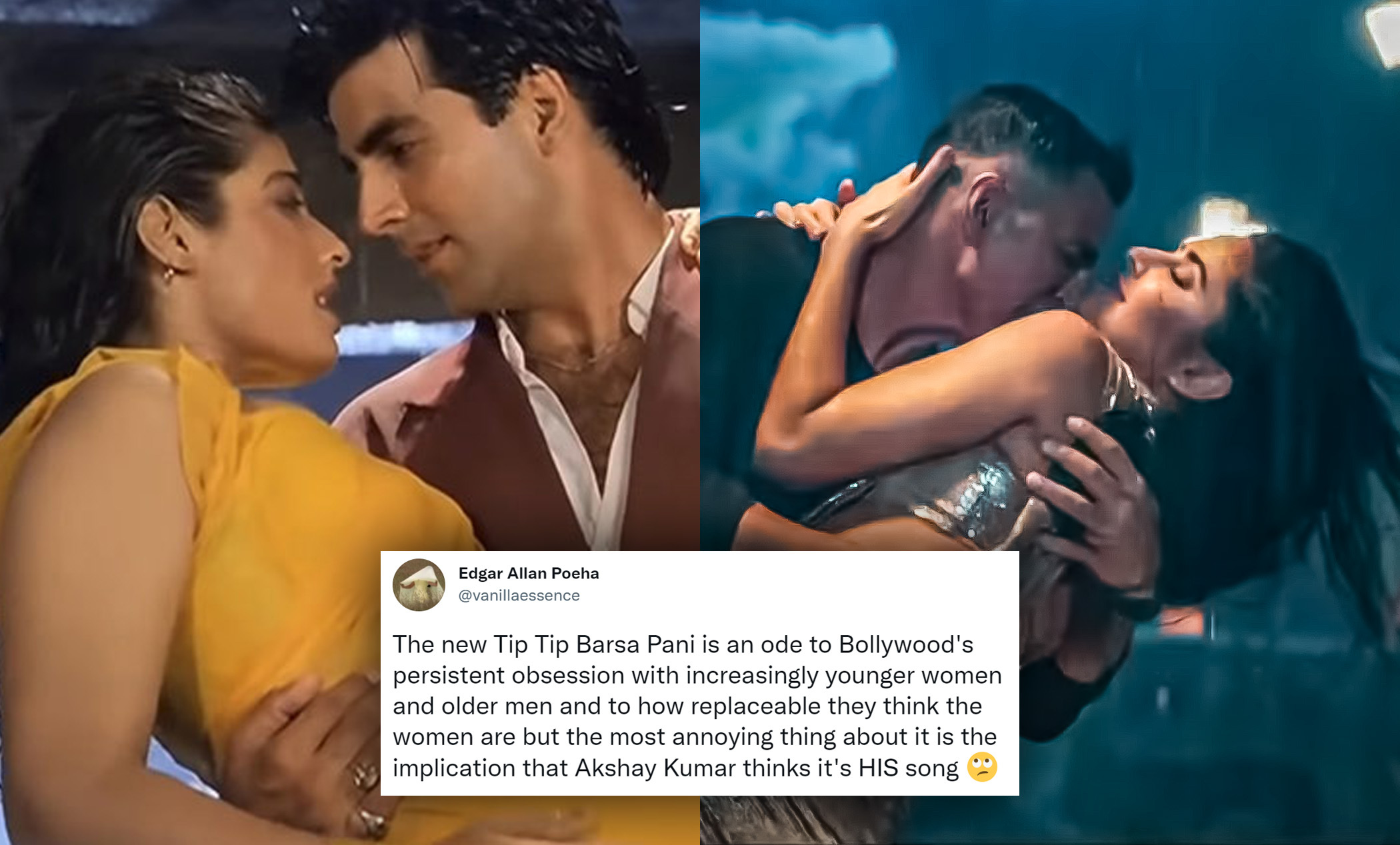 Akshay Kumar’s Sooryavanshi, and there is no other way of saying this, is bad. Even for Rohit Shetty standards. I’m not one to intellectualize mindless entertainment for I enjoyed Simmba starring Ranveer Singh but the coming together of both along with Singham Ajay Devgn is nothing less than migraine-inducing. It’s a tired trope movie which happens to be annoyingly preachy, dangerously masking bias as harmony, milking religion like a cash cow and quite frankly, belongs in the 70s. More appropriately, in no timeline. It not only glorifies gun violence and the director’s signature style of blowing things up but also uses (the few) women as punching bags to deliver crass humour coupled with a far-from-subtle male gaze.

So much so that it reduces Katrina Kaif as a mere eye candy. If you look at it in hindsight, the actress and her washboard abs and her electrifying performance are probably the only things that are mildly entertaining about the film. However, nothing can take away from the fact that all of it is moulded by not creating a new tune but rehashing a classic song. Yes, I’m talking about Tip Tip Barsa from the 90s hit movie Mohra that has found its way into the mix with Kumar who starred in the original one with none other than Raveena Tandon. And yes, the irony that Kumar has withstood the test of time only for Tandon to be replaced by Kaif–when the actress and her iconic yellow saree made the song what it is–is not lost on anybody.

Definitely not the Twitterverse that has a lot of feelings and opinions about the remake. See for yourself.

okay wtf Katrina kaif is beautiful but please have you seen RAVEENA TANDON THAT WOMAN CANNOT BE REPLACED, I am so fucking offended by the tip tip barsa remake, let some good bollywood songs be in peace pic.twitter.com/58vUnF4Mi4

When it comes to Tip Tip Barsa song, no one can match the energy of Raveena Tandon. NOT A SINGLE PERSON.

quite literally, tip tip barsa pani is ONLY about raveena tandon and her wet yellow sari 💛💛💛 https://t.co/5URYs5zJGQ pic.twitter.com/dZbjZvUUqL

Original was with you only, right. How did you even agree to this crap remake of legend. 🥴😒

I just saw the #TipTipBarsaPani remake. After watching it I am pretty much sure that no one can recreate that magic what #raveenatandon had did. Pani me shirf tabhi lagi thi😛 . She had 103 degree fever at that time, and the performance was still recognised as cult classic. pic.twitter.com/kUVHFszmFH

Saw the new #TipTipBarsaPaani and while I absolutely stan #KatrinaKaif, let me just say that Tip Tip Barsa Paani is @TandonRaveena and yellow saree, period. The new one has neither :/ Going to go and watch the original now. pic.twitter.com/CV6ijmI4Pq

Not even 25% compared to the original , apna kuch bana nahi sakte original ko to baksh do bhai.

Recently, Raveena Tandon liked two tweets that hailed her version of the song. While one tweet read, “Original Tip Tip Barsa Pani is something else, that too in early 90s”, the other one showcased her range in a bunch of pictures from the same. Meanwhile, choreographer-filmmaker Farah Khan has revealed that Tandon is quite pleased with the new version. In an interview with India Today, Khan said, “Raveena was the first one to call me and say that the song is looking fab and Katrina is looking so good. Even Manish (Malhotra) was of the thought that we go away from the visuals of the original song and he’s made Katrina look like a million bucks. I also don’t think anyone could have done justice to Tip Tip, other than Katrina.”

So, that is that. Anyway, here’s the OG song for your eyes and the Tandon fans in the house.

SEE ALSO: Rohit Shetty, Sidharth Malhotra To Team Up For A Cop-Based Web Series? Here’s What We Know So Far