“If you truly love nature, you will find beauty everywhere” – Vincent Van Gogh.

Where does Japanese Zen culture find its roots from? How do we explain the simplicity and elegance in Japanese minimalism, art, designs, architecture, Japanese living style?

In this blog, we attempt to explain answers to some of the above questions and then later shed light on Kogei Gallery’s tin plates that are inspired from the winter season – snow flurries – fascinating!!!

The Japanese people respect nature and don’t attempt to manage or control nature but instead, they feel a spiritual bond with nature and this is evident through various practices. For example, Japanese gardening, such as rock gardens, express their belief in living harmoniously with nature. Such appreciative origins date back to the beliefs of ancient Shinto, a widely practiced religion in Japan. If you have never visited the Japanese Friendship Garden in Balboa Park, San Diego, surely visit it during the Cherry Blossom Festival celebrated in the Spring season of every year. You can watch koi ponds, bonsai collection, wisteria blooms on pagoda style overhead trusses. The surroundings all seem so perfectly juxtaposed with each other, but the marvel is in the design, that symbolizes a perfection in aesthetics of the visual nature, but ultimately one that provides a long lasting meditative healing and calmness to the mind. San Diego home and fashion accessories

From landscapes and climates that change seasonally to the plentiful freshwater found throughout the country Japanese reverence for natural life enables them to coexist with nature. Often knowing Japanese culture is synonymous with understanding Japanese nature symbolism examples of which are tabulated below: This library employs structural tubes resembling tree trunks in place of walls. It’s built to withstand the shock of powerful earthquakes. In Japan – all architecture is an extension of nature. This building is designed celebrated architect, Toyo Ito  and it’s no coincidence that some of his most inventive works are designed to be experienced like forests.

So where did this philosophy of living in harmony with nature begin;

One clue can be found in the Japanese writing system. Put together the pictogram (Kanji) for “house”, and the pictogram for “garden,” and you get “home.” The space inside and outside the building is continuous.
The source of this approach is, in many ways, a result of Japan’s mountainous landscape and exposure to extreme weather events, like earthquakes, which thrusts nature to forefront of daily life.  Japanese modern home accessories

From the Mountains, Gardens, and Architecture to Origami Tin Plates !!!

We are now going to derive ultimate ecstasy in describing Origami Tin Plates available at Kogei Gallery. As you can tell by the theme of our topic at hand that they are constructed by exploiting the malleability property of metal, a technique mankind all over the globe discovered a long time ago. However what is unique about these popular plates in their designs is that they are inspired by the winter month events – Snow flurries and Ice Hail – again a mindful effort to bring outdoors to our indoors. The product called ‘Suzugami’ or ‘tin paper’, is thin like paper and freely malleable. By repeatedly hammering a rolled tin sheet, not only can it become patterned, but it gains a strength that has resistance to repeated bending. The same artisans who create these flexible plates, are known to create Buddhist orin bowl gongs established in 1909.

A culture that has withstood time and again natural catastrophes as recent as the earthquake in Sendai – it is a wonder, how the Japanese have embraced their natural surroundings and mother earth’s events. WE find timelessness in Japanese designs – a reverence very unusual, and it truly depicts the very fabric of their living style.

When the going gets tough – the tough get going !! – really like the Kogei Gallery Origami beaten up plates – ever so resilient and flexible to mold to the shape of its desired use! 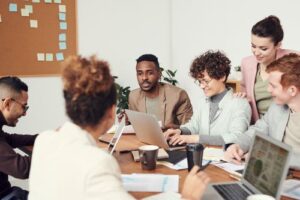