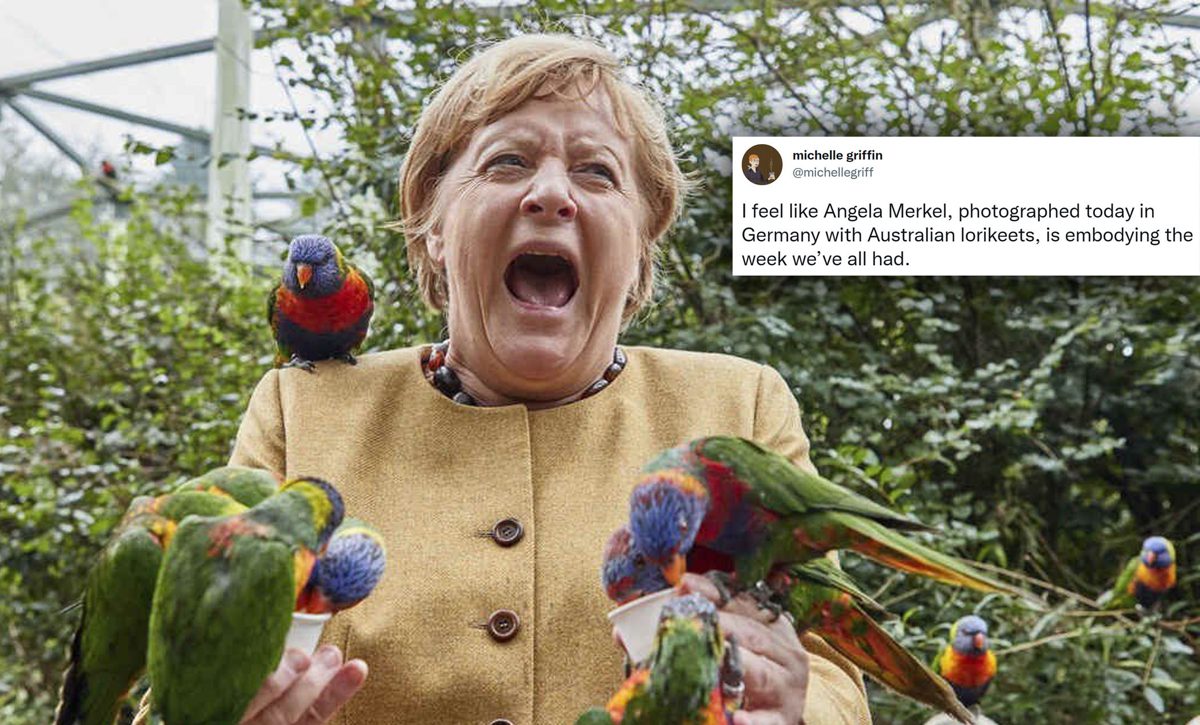 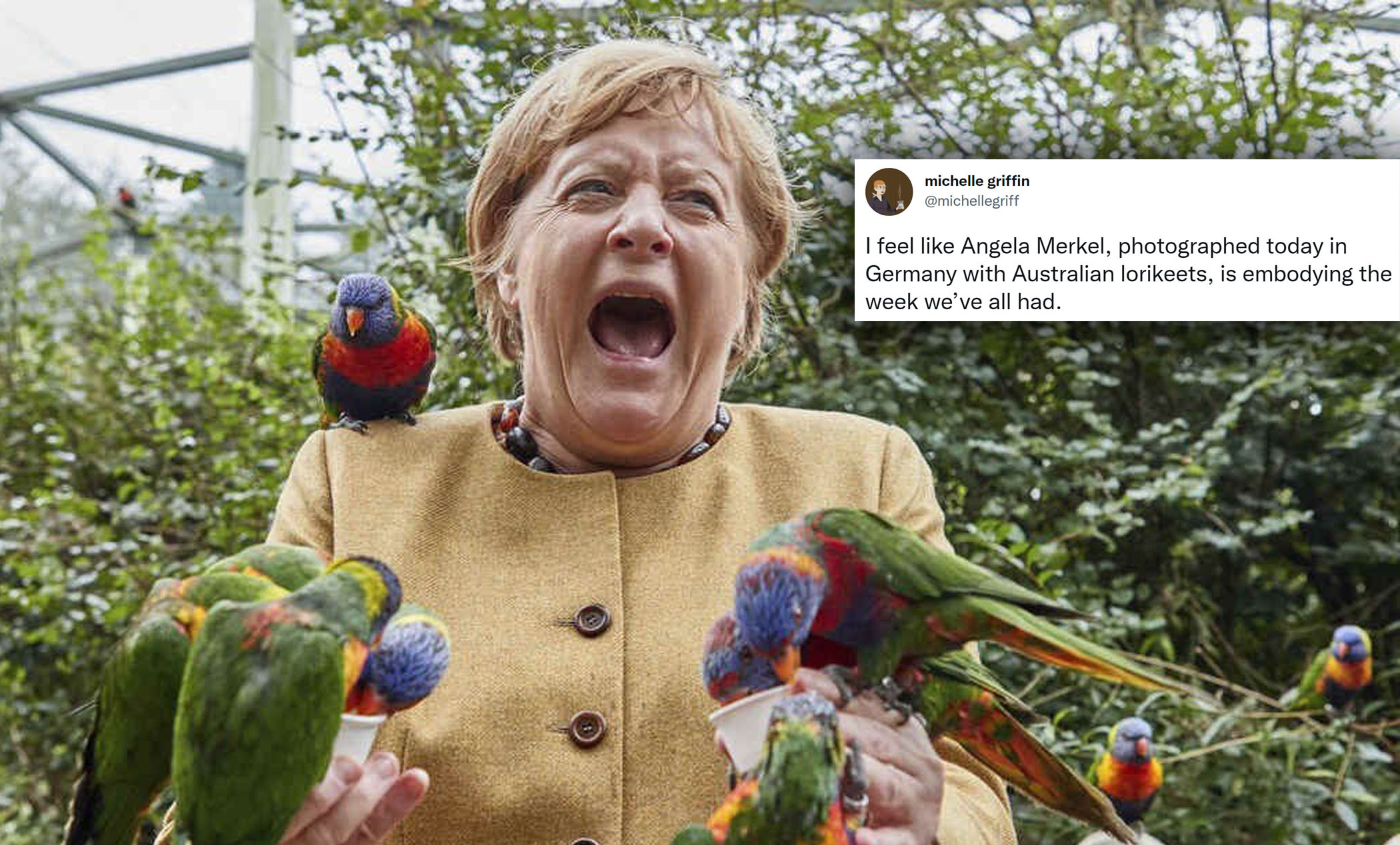 One can always depend on world leaders and politicians for giving the internet things to meme about. Be it things that have been said or things that were done, it is not unusual for lawmakers to go viral and subsequently get immortalized in the form of memes. In fact, we are here to talk about another instance at hand and it is equally hilarious. If you haven’t seen it already, outgoing German Chancellor Angela Merkel recently visited the Vogelpark Marlow bird park–on a campaign trail in her home constituency in Mecklenburg-Western Pomerania before the polls–where she was greeted by a bunch of beautiful Australian rainbow lorikeets.

And while it was all fine in the beginning, things went awry when she started feeding the birds. Yes, most of the colorful birds perched on her arms and head had no problems, except for one that decided to bite her finger. Needless to say, Merkel let out a screech that was captured by Georg Wendt, a photographer with the DPA news agency.

And soon, her reaction was all over the internet, used by strangers to demonstrate the difference between Instagram and Twitter among other hilarious and relatable things. See for yourself.

Merkel visited a bird zoo today and the photos are everything. This isn’t photoshop, it actually happened pic.twitter.com/f4IHRIzXwt

I feel like Angela Merkel, photographed today in Germany with Australian lorikeets, is embodying the week we’ve all had. pic.twitter.com/aqXqXUOuQ1

My anxiety first thing in the morning https://t.co/iuoqj02hmG

Getting your paper accepted for a conference vs. actually having to write the paper https://t.co/pr1A2IWq6x

Me at beginning of week -> end of week https://t.co/fcxx4rTw5M

“Hope this e-mail finds you well”

somewhere Tippi Hedren is like “girl I tried to tell y’all” https://t.co/AdAnGOAJi1

Meanwhile, these days Indian Twitter is busy talking about PM Narendra Modi’s US visit and the many things that transpired in the West. If you look closely, you’ll also find retweet-worthy memes. Either that or I’ll see you in the next edition of: things politicians do!