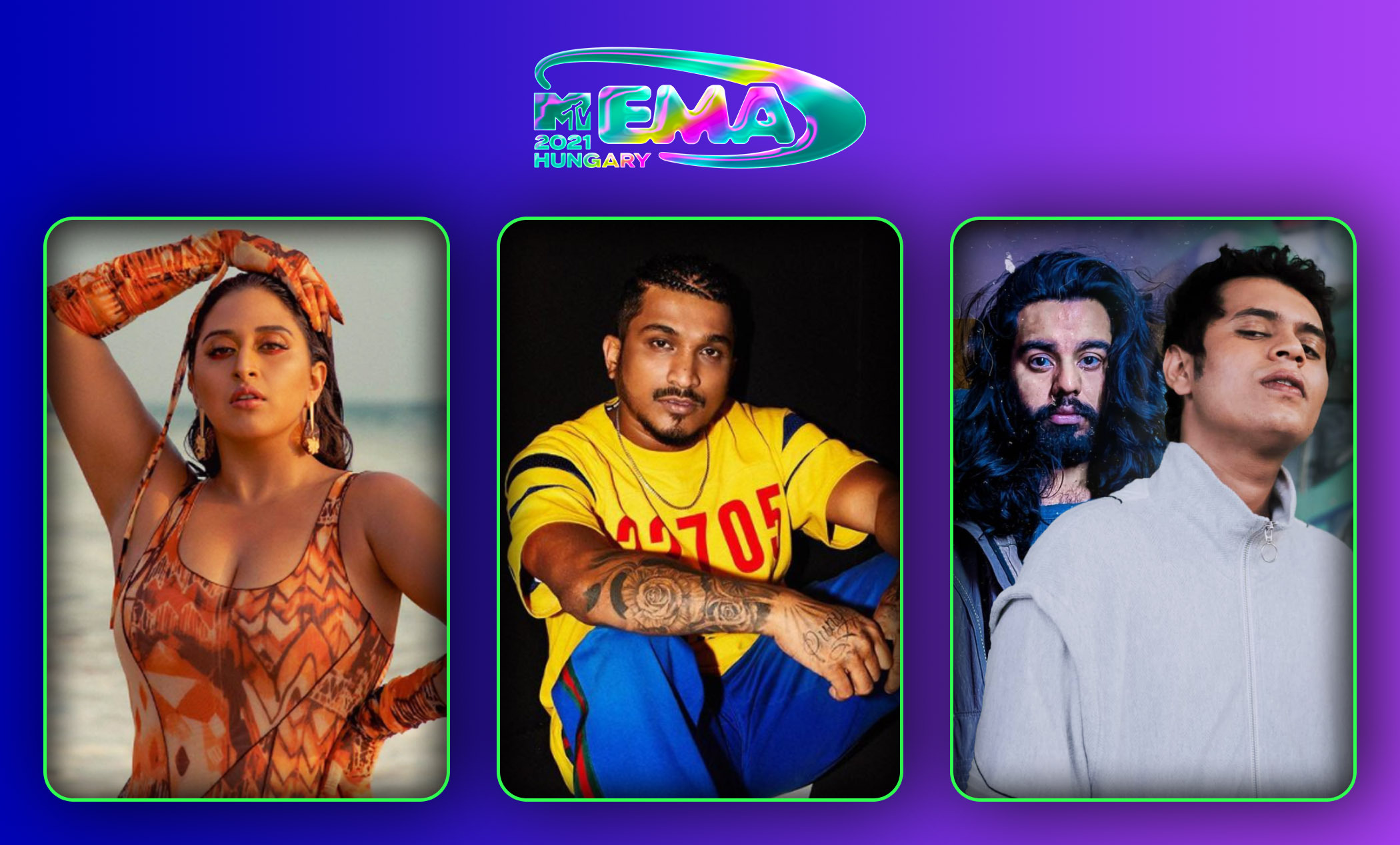 Just like the MTV VMA’s, the EMA’s is the European version of the celebration of talent that reflects the international and continental music scenario. In fact, ahead of the 28th edition of the gala, it is time to tip our hats to the many artists who have carved a niche for themselves and earned a name at the top spot. The pop culture musical awards cover region-specific awards along with categories such as Best Song, Best Artist, Best Virtual Live, Best India Act and more every year and this year is no different.

Leading the baton is Canadian pop sensation Justin Bieber with eight nods including nominations in the Best Artist, Best Song And Best Pop categories. Doja Cat is the second most nominated artist with five nominations. Ed Sheeran, BTS and Olivia Rodrigo are some of the artists who have received nods in the major categories. Not just that, the nominations for Best India Act category are out and it’s a shining example of desi excellence. While last year, MTV EMA nominated Armaan Malik, Prabh Deep, DIVINE, SIRI, Sez on the Beat and Kaam Bhaari, for their musical numbers where Malik swept the category clean with his magical tracks, this year the names that have been listed are Raja Kumari, DIVINE, Spitfire, Kaam Bhaari, Ananya Birla, Zephyrtone and Rākhis.

In a statement exclusively made available to Mashable India, Spitfire said, “Music is magical and impactful lyrics just elevate the bar and make a difference to those around. People take their own time to understand the depth behind rap music but now I feel the road ahead is only going to take us places. Hip Hop gave me, a boy from Chattarpur (Madhya Pradesh) the chance to be part of this global movement and I owe everything I am today to Hip-Hop. Even if I can impact one person’s life with my artistry it’s totally worth it.” “It’s an honour to be nominated for the MTV European Music Awards and get my work recognized on such a prestigious platform. This acknowledgement has personally motivated me to raise the bar higher for myself and work even harder. I hope my fans continue to appreciate my art and I look forward to all the love pouring in with their worthy votes.”

Even Ananya Birla commented, “Music makes me feel alive and I hope my music can do the same for other people. It’s an absolute honor to be nominated for the Best India Act in the prestigious MTV European Music Awards and I have been enthused ever since I heard of the nomination. A big thank you to everyone who has voted, please continue to show your love. I really am grateful for this nomination in front of other worthy nominees.”

The voting lines for this year are open till 10th November and the winner will be announced at Papp László Budapest Sportaréna in Hungary. So, what are you waiting for? Head on to https://www.mtvema.com/en-in/vote/ to vote for your favourite artist in order to make them win the title for the Best India Act.

Indian audiences will be able to watch the ceremony on November 15, 8 AM onwards only on Vh1 India and the repeat telecast will air 6 PM onwards on the same day.