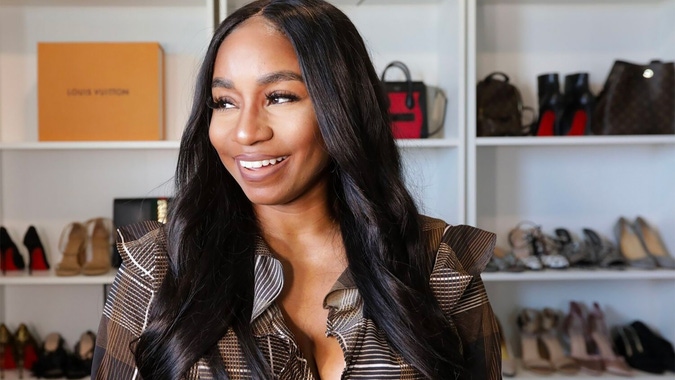 Instagram Influencer JaLisa Vaughn-Jefferson has accumulated over $700,000 in sponsorships and worked with over 100 companies this year.

But her success didn’t happen overnight and she didn’t do it alone.

When Vaughn-Jefferson published her first brand post in 2016, she only charged $50. At the time, she had around 50,000 Instagram followers.

“People will probably almost throw up at hearing that now,” Vaughn-Jefferson shared in an interview with BLACK ENTERPRISE. “Back then, nobody was willing to talk about or share what they charged. So we really all were just making it up.”

She adds, “It wasn’t until maybe a year or two ago, people were open with saying if we’re all going to make it in this industry, especially black women, we’re going to have to help each other because we need to be able to say no. We know that you’re paying our white counterparts this. We will not be skimmed on the other end. A lot of us may be scared to charge what we actually think we’re worth, and sometimes we just don’t know.”

“They were editing a Vlog for me and they heard me in the background saying ‘I don’t know what to charge this brand. Can somebody help me with this?’”

“Unlike a lot of influencers, I want to hire a team so that I can move faster,” says Vaughn-Jefferson. “I didn’t want to spend all my time trying to sit down and learn every trade of this business. And I really believe that’s kind of what helped me move a lot quicker. I was always open to having a team.”

The 28-year-old credits her success to her team, especially after having a baby girl last year. She’s been able to keep her momentum going and incorporate her lifestyle changes into her work.

“A lot of baby brands have contributed to my success this year. It added a new stream of brand partnerships and income. I also bought a new home so I’ve been able to partner with house brands.”

Vaughn-Jefferson’s work has caught the attention of many top brands, including Weight Watchers, Arm & Hammer, Reebok, and Zales Jewelers.

Related: This Black Woman From the Projects of South Philly Built a Million Dollar Real Estate Portfolio at Age 30

“I got noticed by these brands because I was doing the job before doing the actual job. Before just waking up and deciding I wanted to start working with brands, I was sharing the products that I use and love every day without being paid. The brands I’ve worked with have been watching me for years. They reach out because they see how consistent I am. They love how I interact with my audience and get things done.

Vaughn-Jefferson explains that there is no secret to her success. It’s a few ingredients that allow her to continuously attract opportunities and serve her audience.

“I have a team and tunnel vision. I enjoy what I do. It fuels me. I’m here to serve my audience, and I love taking them along my journey. So it just makes everything so much easier. People think there’s some scientific calculation that’s gotten me here. I really just enjoy what I do. I love working fast and quickly and getting things done. That’s what got me there.”