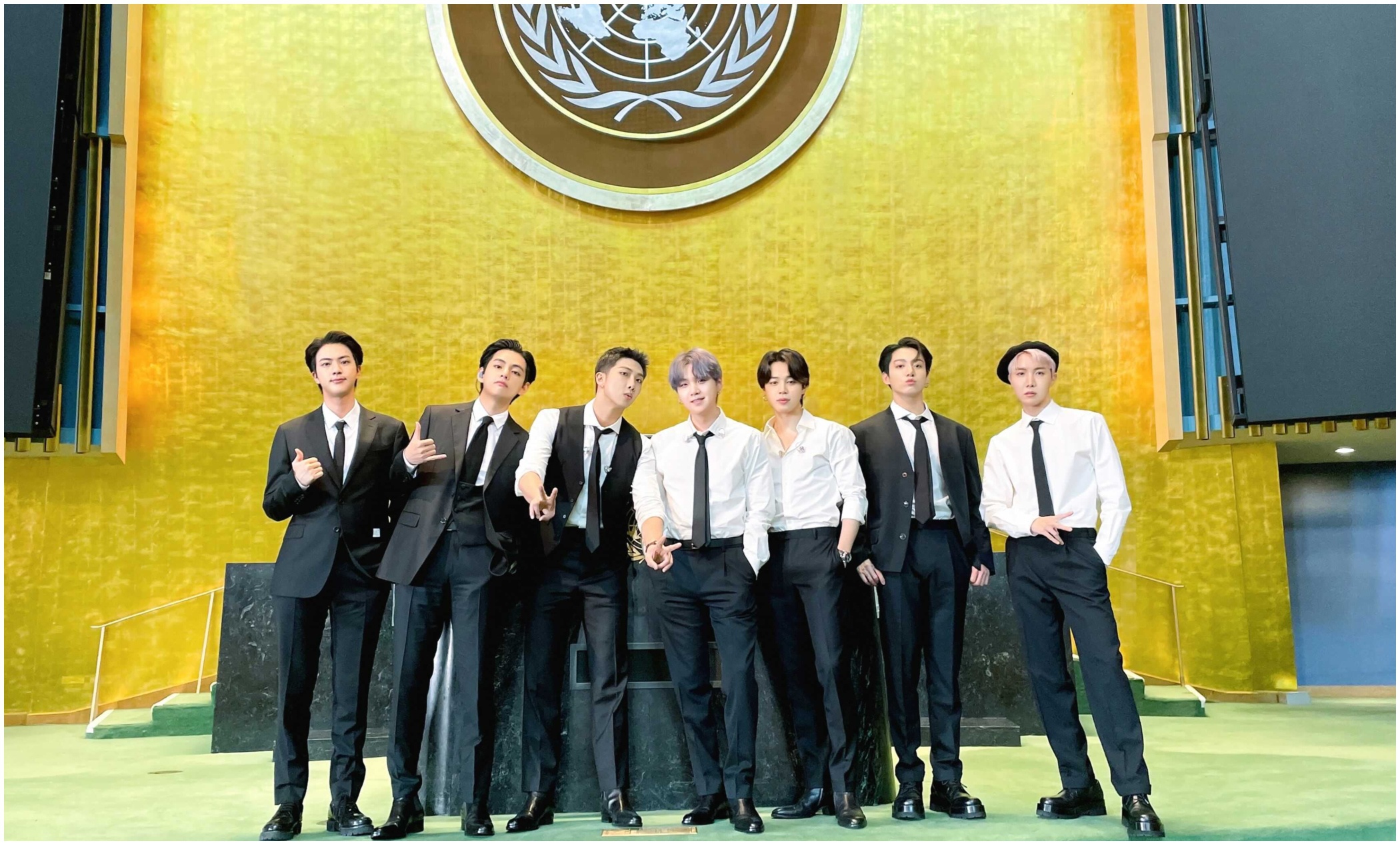 South Korean K-Pop band BTS has been an integral part of the United Nations General Assembly and they have delivered a speech on the prestigious platform earlier as well, but 2021 was special for the septet and the army, as they were introduced by South Korean President Moon Jae-in himself, who had appointed the group as the Special Presidential Envoy for Future Generations and Culture.

“The next speakers to the podium are probably the artists most loved by people around the world,” President Moon said while welcoming the group. And like always, BTS used the opportunity to deliver an inspirational message that highlighted Covid-19, climate change while also focusing on U.N. goals (gender equality, preserving the planet and ending poverty).

BTS leader RM was the first to take the podium at the U.N. headquarters and talked about approaching life from a new perspective. “We thought the world has stopped, but it continues to move forward. Every choice we make is the beginning of change, not the end,” he said. Jin continued, “There were times during the past two years when we too felt confused and troubled. But here, there are people who cry out: Let’s live on, let’s live the best of this moment.”

Meanwhile, Jimin and Jungkook talked about #youthtoday campaign started by the band, highlighting the importance of nature in a youth’s life. While J-Hope talked about environmental issues like climate change. He added, “Everyone agrees that climate change is an important problem, but it’s not easy to talk about what the best solution might be.”

Jimin even shared a few pictures of students, who continued to lives despite the pandemic. Meanwhile, Suga apologised for cancelling their tours due to the Covid-19. “We were disappointed to have to cancel the concert tour that we had prepared for so long, and for a long time, we missed the moments that we wanted to complete,” he added.

But that wasn’t all, as the all-boys K-Pop band shared a new music video after their seven-minute-long speech. The clip featured BTS performing Permission to Dance at the United Nations General Assembly. While their entertaining performance left the ARMY stunned, it didn’t take much time to go viral on the internet.

“We thought the world has stopped, but it continues to move forward. Every choice we make is the beginning of change.”

— @BTS_twt came to UNHQ to support action for the #GlobalGoals & a better world for everyone.

Watch their special musical performance and get inspired. pic.twitter.com/ZQG4pDA61V

So proud of them in New York at the #UNGA They delivered a great hopeful message to us. Hobi confirmed all 7 of them are vaccinated and so am I!

After today, our boys proved again that winning on Western awards is not even relevant anymore. No rigged award-giving body can equate @BTS_twt’s worth after seeing how the leaders of the world elbow-bumped and looked at them w/ warmth and joy in their eyes.#UNGA #BTSatUNGA pic.twitter.com/8vNDGmDjnq

BTS, who made their debut in 2013, have gone on to dominate the music industry with their tracks. And while this was BTS’ first official event after officially being named as ‘Special Presidential Envoy’ by South Korean President Moon Jae-in, the popular K-Pop band marked their third appearance (2018 and 2020-virtual due to the pandemic) at the UNGA.