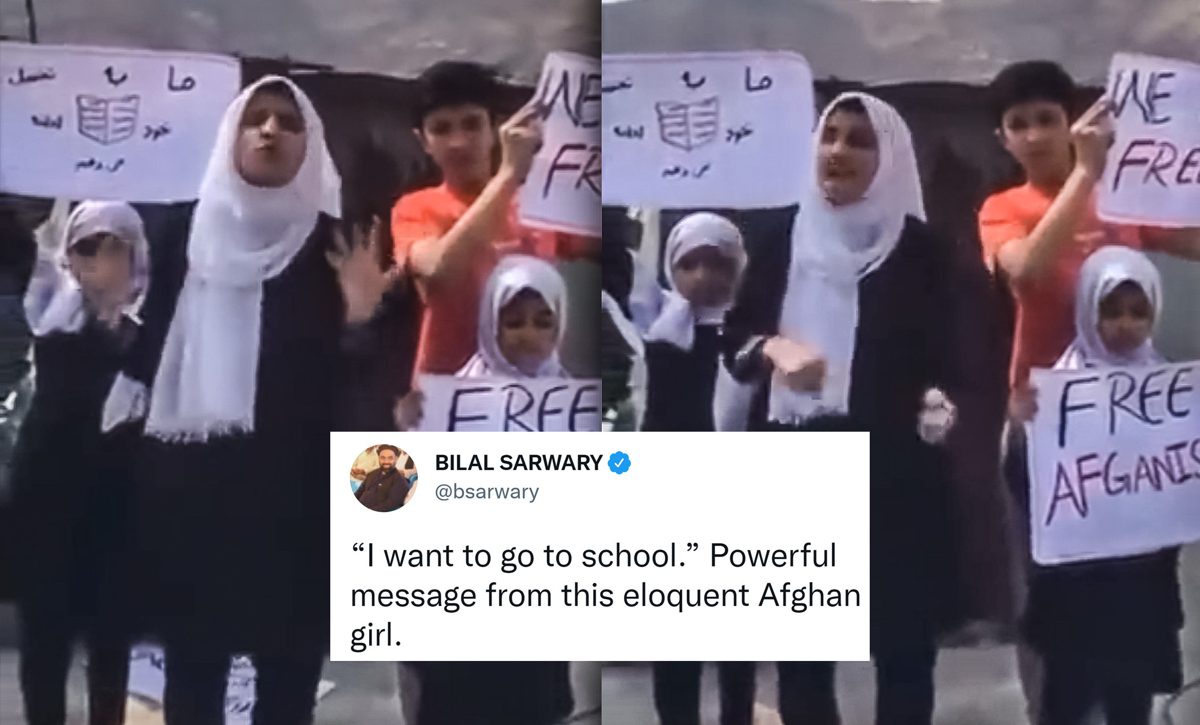 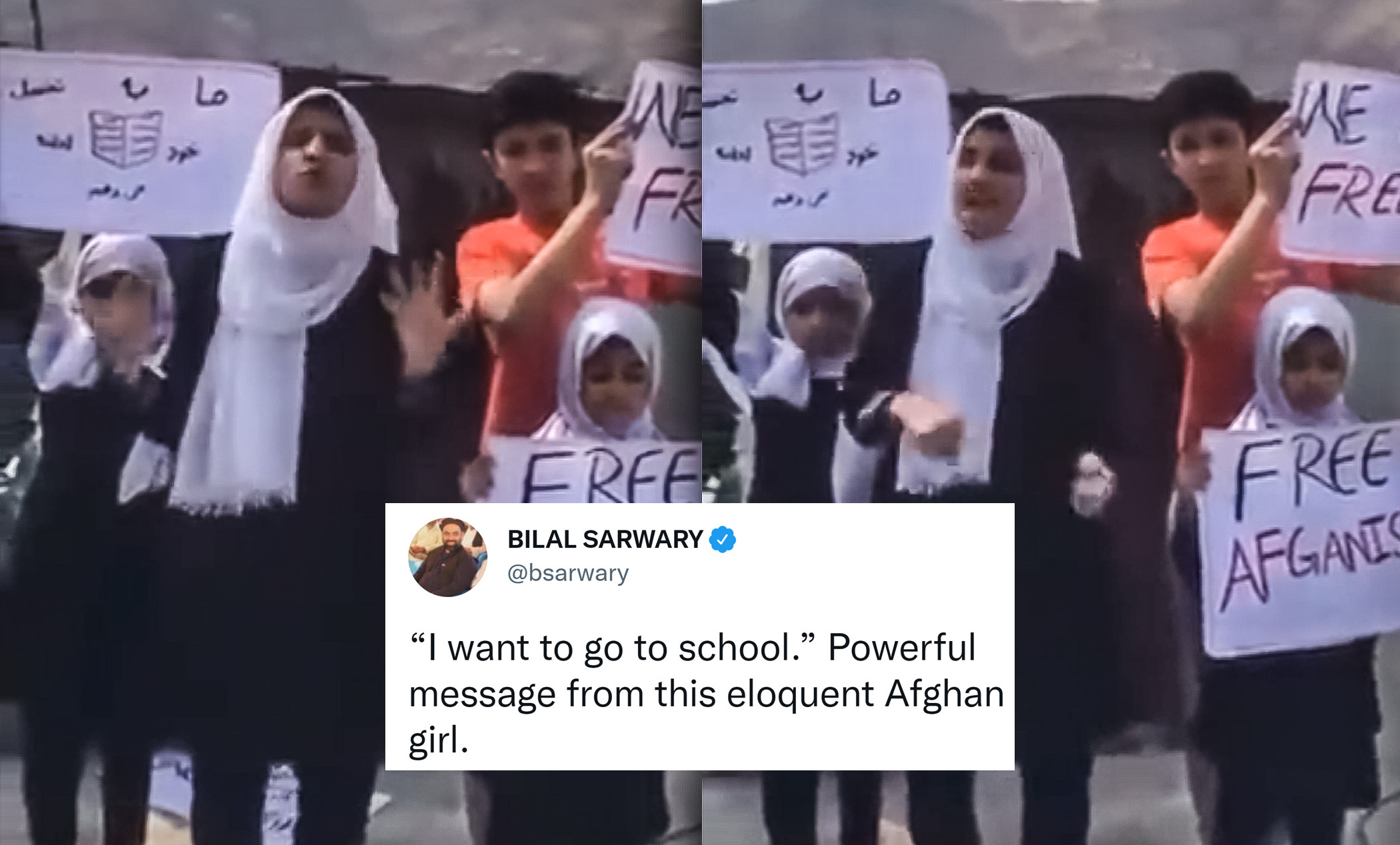 Ever since the Taliban gained control over Afghanistan (once again), women’s rights have been an issue of concern in the war-ravaged country. Despite the militant group’s promise to recognise women’s rights, the new set of laws implemented in the country have left females citizens furious. With several protests led by women against the regressive laws passed by the interim Taliban government shaking the internet, a video of a young girl demanding her right to education has gone viral.

With educational institutions reopening in the country, the new statement released by the interim Taliban government has allowed only boys to attend school, with no mention of girls. And this decision appears to have irked the youth, which has resulted in a nationwide protest. With new episodes of the militant group’s cruelty making headlines, a video shared by Afghan journalist Bilal Sarwary has moved the internet.

“I want to go to school.” Powerful message from this eloquent Afghan girl. pic.twitter.com/PdAMtg9Fjm

The tweet features a young Afghani girl delivering an honest speech about gender equality while demanding her right to education. She says, “It is an opportunity to do something for our county. Allah has given this opportunity and women have equal rights. So, who is the Taliban to take this opportunity and rights from us?” Furthermore, she even added, “Today’s girls are tomorrow’s mothers. If they do not have education, how will they teach manners to their children? I am from the new generation. I was not born to just eat, sleep and stay at home. I want to go to school. I want to do something for the development of my country.”

That girl is very brave, cowards are those who fear intelligent and prepared women. https://t.co/hWZFyWUEQC

We stand with you and fight your right and never give up https://t.co/zY6FbzcNiJ

Despite all the frustration & sadness, we Afghans have this brave and courageous generations. https://t.co/vmE7pUhKPb

Standing in front of mountains, thee girls are taller than mountains. https://t.co/uFBv36EhTg

This Afghan girl represents Afghan women, not Pakistani @Malala and othe expatriate women. This girl has to speak at the #UN Assembly. https://t.co/Y9ZsZKBsy9

sooo brave, really impressed, hope she is safe, as well as her family, I am sure, speaking out is a dangerous decision

And within no time, the tweet was viral on social media, with several netizens coming out in her support while praising her bravery. With more than 60K views and several retweets, this clip of the young Afghani girl voicing her opinion against the conservative ideologies of the Taliban is winning over the internet.