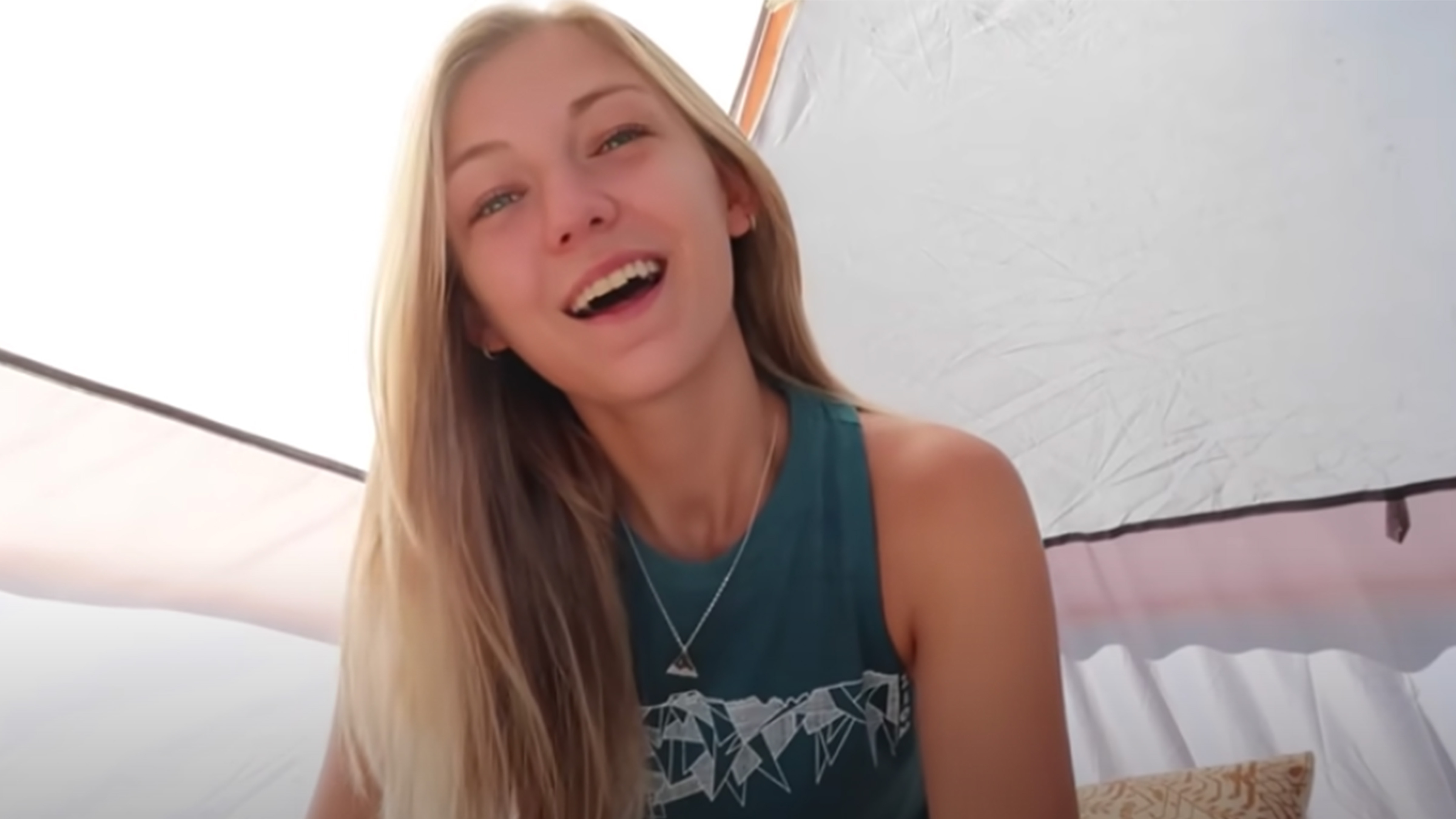 The internet adores a juicy true crime story, but the voyeuristic online frenzy to find Gabby Petito is in poor taste.

Petito, a 22-year-old New Yorker who loved “art, yoga, and veggies,” per her Instagram bio, is the subject of a missing person case gripping the country. Between her public social media posts, which were consistent until her disappearance a few weeks ago, and the true crime-obsessed zeitgeist, her story is unfolding as a thriller in real time. Petito deserves better than to be turned into a spectacle.

As of Friday, the tag #gabbypetito has 77 million views on TikTok, and #findgabbypetito has 16.6 million. The tag #gabbypetitoupdate has 7.3 million. The subreddit r/GabbyPetito was created on Sept. 13, and already has 33,200 members. She’s the subject of multiple threads in r/True Crime, which has 611,000 members, and in r/TrueCrimeDiscussion, which has 284,000 members. And people are creating aesthetic Instagram accounts dedicated to posting updates about her case, like the account @gabby.petito, which gained 10,100 followers in just 24 hours.

Although most engaged in the online discussion say they’re so involved out of concern for Petito, some of the posts verge on distastefully opportunistic.

On Jul. 2, she and her 23-year-old fiancé Brian Laundrie embarked on cross-country adventure in a converted Ford Transit van. The couple documented their journey on Instagram, TikTok, and the YouTube channel Nomadic Statik. Their content mirrored that of popular travel vloggers known as “van lifers,” who embody a bohemian lifestyle rejecting the glitz of more conventional influencers in favor of living in crunchy converted camper vans. Rather than post about glamorous outfits and elaborate brunches, van life is portrayed a minimalist way of life that allows people to unplug from their desk jobs and explore the great outdoors. On social media, Petito and Laundrie seemed like a happy young couple who couldn’t be bothered by inconveniences like bad weather.

“Rain sounds like a negative thing when camping, but after coming back from a strenuous hike in the sun with no shade for miles, it’s nice to lay listening to the cold rain hit your tent and fight @bizarre_design_ for the blanket,” Petito captioned a Jul. 22 Instagram photo, posted from Bryce Canyon National Park in Utah.

In another photo, taken at Canyonlands National Park, also in Utah, Petito mused about the joys of hiking barefoot, a habit of Laundrie’s.

“Surprisingly enough, the rocks here were cold!” she wrote. “So not only did it feel good because it was 100 degrees with no shade, but it was tranquil. We always love surpassing people on our hikes, hearing them say things like, ‘Woah, he’s barefoot.’ @bizarre_design_ inspires me everyday on living a more natural lifestyle!”

Petito was last seen on Aug. 24 leaving a hotel in Salt Lake City, Utah. She FaceTimed her family on Aug. 25, from Grand Teton National Park, in Wyoming, and posted her last Instagram photo in front of a wall painted with monarch butterflies. On Aug. 30, her mother received a text from her that said “No service in Yellowstone,” but she isn’t sure if the text was actually from her daughter. On Sept. 1, Laundrie and the van arrived at his home in Florida. Petito, however, did not. Her family reported her missing on Sept. 11.

Laundrie, who won’t speak to investigators, still hasn’t made a public statement regarding his fiancée’s disappearance. His reluctance to cooperate with law enforcement, and his refusal to communicate with Petito’s family, is further fueling discussions on true crime enthusiast circles online.

The person who runs the Instagram @gabby.petito said they’re a 20-year-old student who wished to remain anonymous, and although the account is easily confused with Petito’s, they said they didn’t intend to mislead. They said the visually appealing, whimsical style of the text posts they share weren’t meant to be insensitive or disrespectful, but to be eye-catching and easily shared in an effort to raise awareness of Petito’s disappearance. There’s a stark dissonance between the pastel colors and alarming text detailing the case. One post includes a witness statement from a domestic incident between Laundrie and Petito before her disappearance — in sweet cream colored font superimposed on a baby blue background, the post reads, “Petito was ‘crying uncontrollably’ in the passenger seat.”

“In just a little over 48 hours, our page has reached nearly two million impressions,” the creator behind @gabby.petito said in an Instagram DM. “Truth be told, the style of the posts are not what really matters. What matters is if we people are learning, understanding, and spreading awareness on Gabby.”

Even if online efforts to share information about this case are done with good intentions, the sheer amount of content made about Petito smacks of opportunism.

With so many questions about Petito’s whereabouts before her disappearance, her relationship with Laundrie, and Laundrie’s refusal to speak publicy, the case is ripe for a stirring documentary. The excitement surrounding Petito’s disappearance may be out of genuine concern for the young woman, but it can be insensitive. Twitter user @afroelven posted, “I already know producers and streaming services are salivating at the prospect of making + distributing the documentary first.”

As idyllic as their life appeared online, bodycam footage released by Utah police — recorded during a physical altercation just weeks before Gabby went missing — indicates otherwise. Petito slapped Laundrie during an argument, according to the police report, but neither wanted to press charges when they were questioned. Officers described the altercation as an emotional and mental “break” and noted in the report that Petito suffers from “serious anxiety.”

The bodycam footage, part of which is embedded below and some readers may find disturbing, was fodder for distasteful online speculation about the nature of the couple’s relationship. The feminist subreddit r/TwoXChromosomes discussed how Petito told police that Laundrie locked her out of the van, and had hit him in an effort to take back her phone and keys. On TikTok and Instagram, discussion participants speculated about Laundrie’s involvement, Petito’s mental health, and spread unconfirmed reports of spotting a “mentally unstable” young woman who might be her at a truck stop.

Todd Shipley, president of the High Technology Crime Investigation Association (HTCIA) and retired senior detective sergeant in the Reno Police Department, co-authored the book Investigating Internet Crimes: An Introduction to Solving Crimes in Cyberspace. He’s wary of true crime enthusiasts and told Mashable that amateur sleuths can inundate small law enforcement agencies with irrelevant information. Local agencies usually have only a few detectives on staff and, while tips about social media posts might be helpful for officers looking into certain cases, receiving hundreds of tips about the same post can drown out helpful leads.

“Sometimes people can point [law enforcement] to where the evidence is…The problem is that when they get 1,000 people doing that.”

“Sometimes people can point them to where the evidence is, because law enforcement may not find that immediately,” Shipley said, noting how Petito’s last Instagram post helped establish a timeline leading up to her disappearance. “The problem is that when they get 1,000 people doing that, then a lot of stuff gets lost in the pools…It’s the noise that causes law enforcement to use resources ineffectively.”

The true-crime-obsessed are re-cappers, not investigators. Their podcasts, extensive YouTube videos, and wildly popular TikToks have followings because these creators are great storytellers. Their work involves a significant amount of labor, from researching, fact-checking, recording content, and editing, but they themselves rarely have the resources or necessary skills for investigating a missing person case. The proliferation of true crime content blurs the lines between law enforcement detectives, investigative reporters, and online storytellers. Certain creators built dedicated audiences by posting theories about true crime cold cases — YouTube is rife with videos positing explanations for unsolved mysteries.

The cases featured in those videos happened years ago. The families involved had time to grieve and process their pain, and detectives may have concluded their investigations. Petito’s case is still unraveling.

Art Bowker, an investigator at an independent police accountability agency in the Cleveland Department of Public Safety, co-wrote the book with Shipley. As a cybersecurity expert and former HTCIA president, Bowker is especially fed up with true crime creators who make wild speculations without evidence.

“I don’t think they should be discussing it…when they don’t have access to the evidence themselves.”

“I don’t think they should be discussing it, to be frank, when they don’t have access to the evidence themselves,” Bowker told Mashable, adding that these creators don’t interview witnesses or inspect evidence like actual detectives do. “Professional media is supposed to have standards about what they’ll do and what they won’t, and these YouTubers don’t have those. They haven’t developed those ethics, and that’s a shame.”

A few true crime enthusiasts are trying to distance themselves from the more speculative creators. Sondra Holbrook, who has 127,400 followers on her TikTok account crimewithsondra, has been posting updates about Petito’s case since Thursday. Her viewers keep pressing her to share theories instead of already public information, but Holbrook says she is careful to only share what authorities have publicly discussed.

“Some forget this is someone’s reality and spreading wild claims does nothing but hurt the investigation. It’s not just entertainment,” Holbrook said in an Instagram DM. “As hard as it is, I think we need to keep speculations to ourselves and if you think you truly know something, report it to the correct authorities before posting on social media.”

She added that although Petito’s family may appreciate the support, “speculations truly are just speculations,” and unreliable rumors “cloud the real information.”

Though the case is captivating — especially since van life is portrayed as such an escapist fantasy for young people — Petito and her loved ones deserve better than for their story to be consumed like a grisly thriller. She’s a real person who is more than her aspirational social media presence, not the subject of a podcast or docu-series. The fascination with mysteries like this one is understandable, but when the obsession involves an evolving case, it hinders investigations and deprives families of compassion. Gabby Petito, and her unfiltered life offline, are more than just a true crime hook. Even the most concerned viewers should be mindful of that before posting about her.