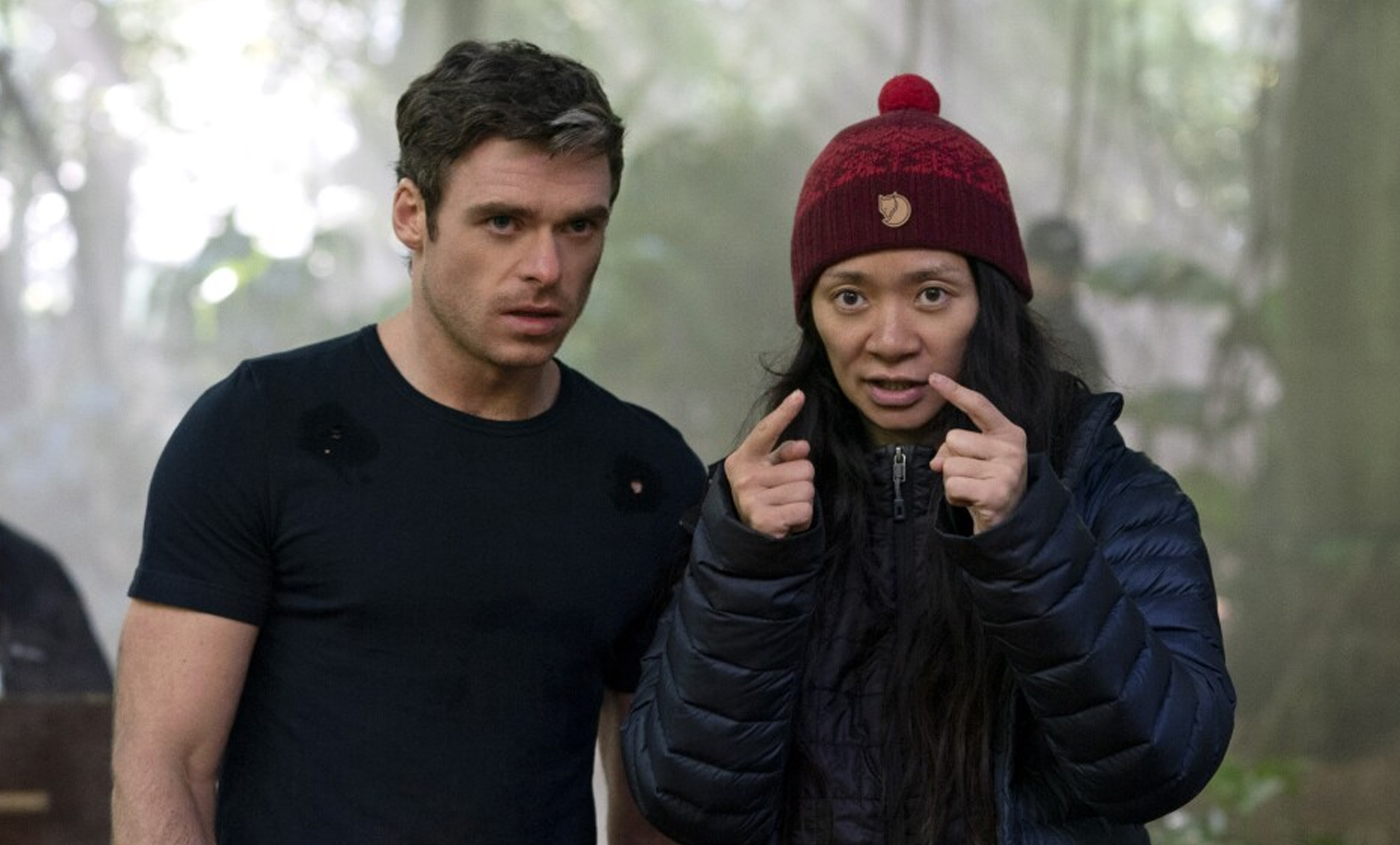 SEE ALSO: ‘Eternals’ Review: The Chloé Zhao Directorial Is Unlike Any Other Marvel Movie And For The Right Reasons

Well, wrong, cause it did and how! Beware because here comes the spoilers. Eternals, like any other Marvel movie, came wrapped with not one but two post-credit scenes that broke the internet. Firstly, the mid-credit one on Eternals’ spaceship Domo where Thena, Druig, and Makkari lose connection with co-Eternals after leaving the planet to find more of their kind and warn them about the deception they’ve been living with. But they soon realise that their Arishem must have gotten to them for defeating his purpose and stopping the Emergence from happening. However, they also realise that they aren’t alone, which is when a vortex opens up and out comes a drunk troll called Pip (Patton Oswalt) who then introduces Thanos’ brother – Eros a.k.a. Starfox. Who is none other than former One Direction singer and actor Harry Styles.

Yeah, as it turns out we are not the only ones that are still in disbelief that Harry Styles is now part of the M-C-Freaking-U! That’s right; it is yet to sink in for filmmaker Zhao too. While she first feigned “Harry Styles is in the movie?! Wow!” ultimately opened up about the scene and how she always wanted Styles to play the part. “I still can’t believe it happened,” she told Variety. Reportedly, she pitched introducing Pip and Eros to Marvel Studios chief Kevin Feige after following Styles’ acting career ever since he made his feature debut in Christopher Nolan’s 2017 World War II epic Dunkirk where he played a grey character. “The idea of Eros and Harry came to me at the same time. It wasn’t like I created this character and I think about different people (to cast). Seeing his career, where he’s going, what he’s representing, him as an individual — he’s very interesting, unique. And I thought that is Eros. That’s that character. He just happened to be Thanos’ brother. I had this whole thing made up in my head, what their backstory is. I just was very, very excited when Kevin (went), ‘Let’s do it.’”

She also revealed how Styles came quickly on board and then used a hoodie to hide from the glare while shooting for the scene that took only a day. She added, “I think everyone loves working with Marvel. He was game, yeah. And then to see him come on set and just bring Eros to life, it was great.”

The other surprise pops up at the end of the credit where Sersi (Gemma Chan) gets snatched up just when Dave is about to reveal that she isn’t the only one with a complicated family history. In fact, he has an ebony blade staring at him in a crate. But just before Dane can grab it, one can hear an ominous voice that goes, “Are you sure you’re ready for that, Mr. Whitman?” I know! Obviously, this is Marvel’s way of setting up big hopes because as soon as fans saw the scene they concluded that it is none other Mahershala Ali who is soon getting his own solo Marvel movie as Blade, who is obviously connected with Dave and how he becomes Black Knight from the comics.

Zhao has now confirmed to Fandom that “That was the voice of one of my favorite superheroes, Mr. Blade himself. Speaking about Harington, Zhao also told Variety “I go, ‘Who’s that? Black Knight? Oh, there’s an actor who’d be great to play that! I was a big fan of that character. I thought he would be very interesting to have a human character also with his own complicated (history). You can sense he doesn’t know what’s going on (with the Eternals), but there’s something special about him. It’s fun.”

However, she did maintain that she is unaware of how things will go on from here. Guess we will see when we see!