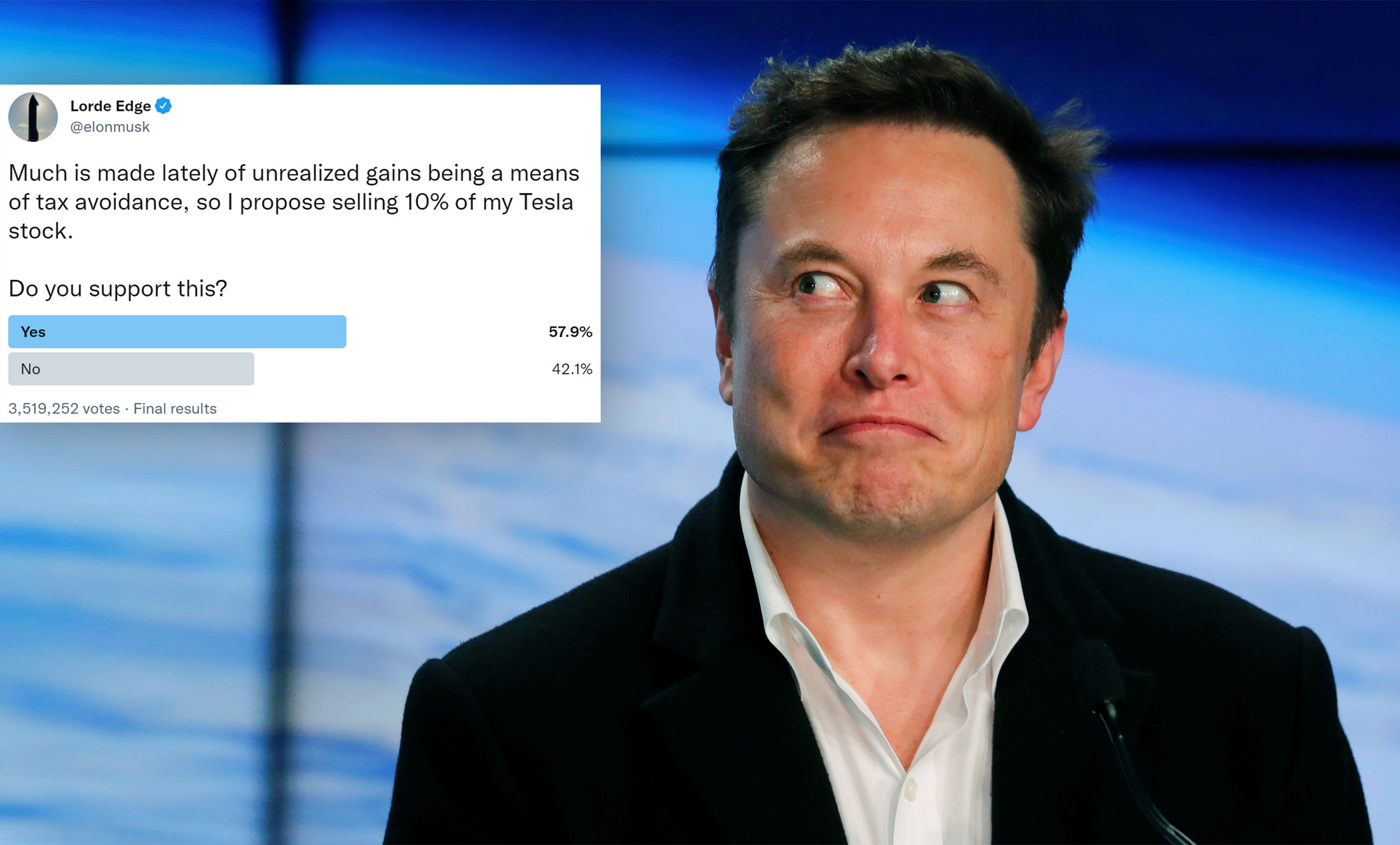 The World’s richest man, Elon Musk, has decided to sell 10% of his Tesla stock, and surprisingly Twitterati has also sided with him. Unlike his contemporaries, Musk is quite active on social media and never leaves an opportunity to interact with his millions of followers. From dazzling everyone with interesting space and science facts to clearing the doubts of Twitter users, Musk is quite active on the microblogging site. And given his popularity, nearly 3.5 million Twitter users participated in the recent poll held by the 50-year-old billionaire regarding his stocks in his company Tesla.

While the U.S. Senate Democrats have unveiled a proposal to tax stocks and other tradeable assets possessed by billionaires’ to assist President Joe Biden’s social spending agenda. Criticising the move, Musk said, “Eventually, they run out of other people’s money and then they come for you.” Followed by a poll in which Musk asked his followers for some help in deciding the fate of Tesla stock worth nearly $21 billion. Needless to say, several Twitter users joined the conversation and within no time the poll started trending on the microblogging site.

Much is made lately of unrealized gains being a means of tax avoidance, so I propose selling 10% of my Tesla stock.

Do you support this?

Imagine you’re a Tesla shareholder and the CEO of the company is willing to sell 10% of his stock based on the results of a Twitter poll 😂 https://t.co/VY4fv3Bubc

“Yes we chose to hold the annual shareholder’s meeting in a very public location this year. Twitter.” https://t.co/e5njo3uom7

Earlier this month, Musk had responded to David Beasley, the Executive Director for the UN World Food Programme claim to help the UN solve the World hunger issue by donating $6 billion in Tesla stock, given a condition that the organisation opts for an open-source account, so the public sees precisely how the money is spent.

Meanwhile, the recent success of Tesla and SpaceX helped Musk reach the top of the World’s richest list. But that’s not all, as Musk also became the first person to surpass the $300 billion mark on this planet.