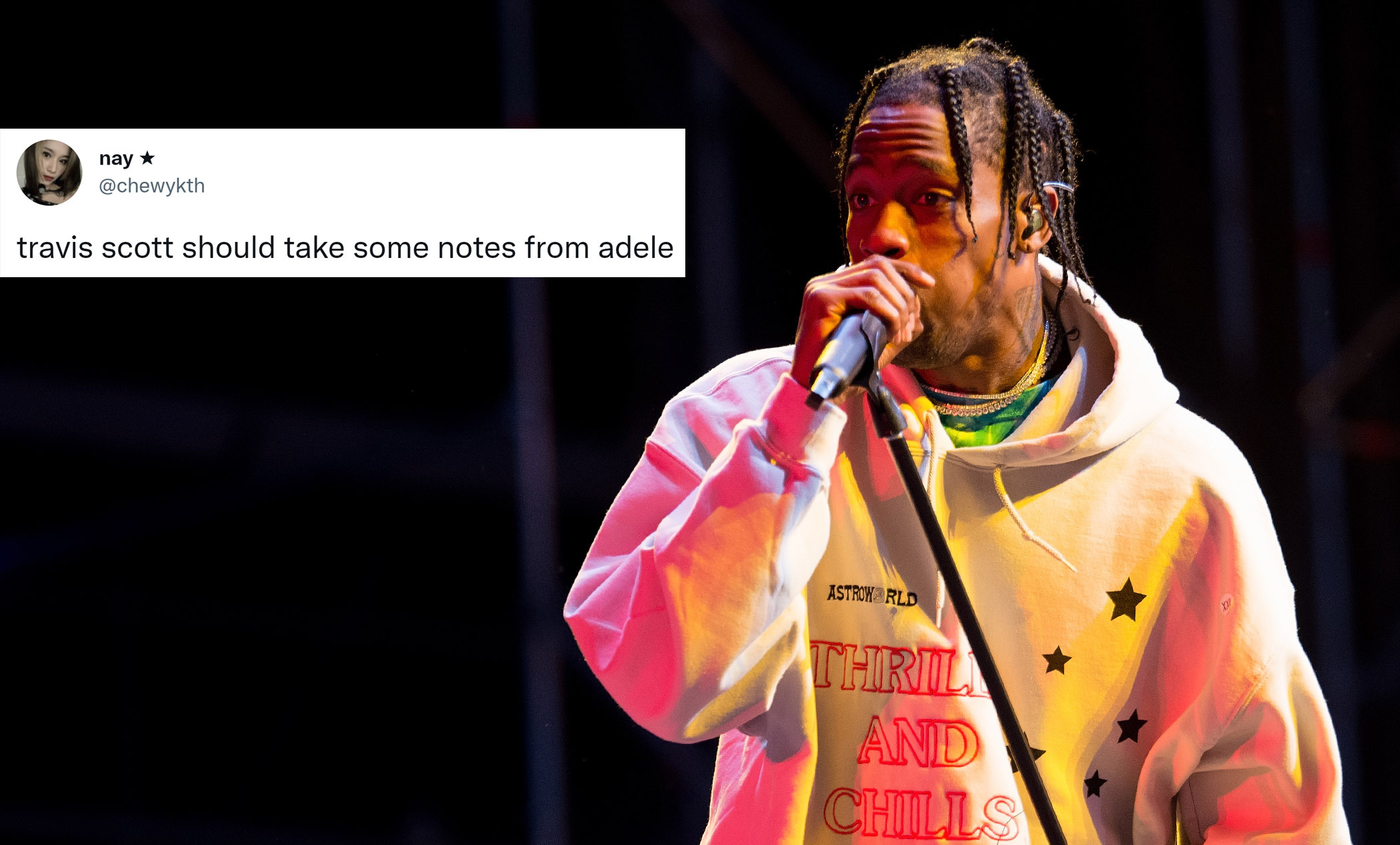 While actor Alec Baldwin’s on-set fatal prop-gun incident had rattled the entire entertainment industry, the recent Houston’s music festival, Astroworld, has made more worst as eight people lost their lives in the crowd stampede. While the organisers cancelled the second day of the concert post the tragic incident, pop sensation Travis Scott’s performance on Friday night in Houston has landed him in some serious trouble. While many continue to criticise the rapper responsible for the mayhem, Scott’s partner Kylie Jenner, took to social media to pen a clarification about the tragic incident. But it looks like Twitter is quite furious with Scott, who continued to perform while many pleaded for help amid the fatal crowd surge.

The organisers were quick to cancel the second night of the concert post the tragic incident, but an injured attendee has filed a lawsuit against Scott and Drake, who made a surprise appearance at the music event. While the Texas authorities have already begun their investigations, several enraged Twitter users took to the microblogging site and shared clips of other renowned musicians like Harry Styles, Linkin Park, Lady Gaga, Adele and others who had stopped their on-stage performance to protect their fans.

travis scott should take some notes from adelepic.twitter.com/2u49bPBXXg

Travis, take notes from Chester Bennington, on his awareness and selfless compassion, also his good music.
“I care more about every single one of you fucking people in the crowd, than I do about this show”-Chester Bennington
Video: Part 1/2@trvisXX @AppleMusic @astroworldfest pic.twitter.com/kb1dUrwQ0u

Lady Gaga stops her show when she notices a fan is bleeding. She asks her name, if she needs a paramedic, & apologizes that she got hit. It’s heartbreaking Travis Scott & the organizers/staff at AstroWorld didn’t have this compassion & understanding of their responsibility. pic.twitter.com/IN2J0eJNcp

“Travis couldn’t stop the concert” okay but how did a world wide boy group with 7 members and a crowded stage can? And stray kids who were teenagers at that time, Travis is an whole adult and dad, plus this is isn’t the first time he saw someone d1e and not help them #astroworld pic.twitter.com/WBfMhnE1pv

This is how a concert should be done.
Travis Scott need to take notes

Reports suggest that Astroworld was attended by nearly 50,000 on Friday night at the NRG Park in Houston when the audience started compressing towards the stage. While the rapper faces multiple lawsuits post the tragic incident, he had taken to social media to pen a note offering his condolences to the families of the people, who lost their lives at the concert. Scott wrote, “My prayers go out to the families and all those impacted by what happened at Astroworld Festival. Houston PD has my total support as they continue to look into the tragic loss of life.”

Furthermore, he added, “I am committed to working together with the Houston community to heal and support families in need. Thank you to Houston PD, Fire Department, and NRG Park for their immediate response and support. Love You All.”